Jay From ‘Serial’ Speaks Out, Leaving Us to Draw New Conclusions 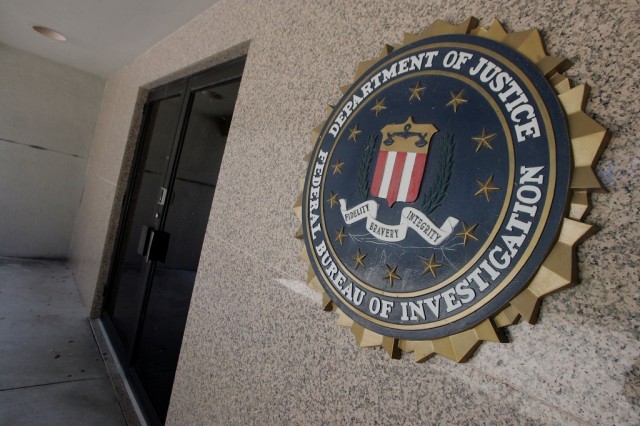 Podcasts over the last few years have steadily risen in popularity. That being so, nothing has quite exceeded the massive success of Serial, the true crime show hosted by Sarah Koenig. The 12-episode run of the first season dug into the 15-year-old trial of Adnan Syed, a man who’s spent nearly half his life in prison for the murder of his high school girlfriend, Hae Min Lee. The podcast explored virtually every angle of whether or not Syed was indeed guilty, citing testimony from witnesses, some questionable aspects of the trial, and interviews with just about everyone even tangentially involved with the case. Koenig left no stone unturned for a show that single-handedly changed the way we view American justice.

The biggest question Koenig (and by extension the listeners of Serial) had, though, was simple: What’s the deal with Jay? For the uninitiated, Jay Wilds was the prosecution’s star witness in the case against Syed, whose testimony was ultimately was sealed the guilty verdict. The only problem was that throughout the investigation, Wilds’s story changed just about every time he spoke with police on the record, with his under-oath statement in court contradicting much of what he’d originally told authorities.

Koenig spent a whole episode reflecting on this, and even went so far as to knock on Wilds’s front door to chat for an informal interview. Wilds, reluctant to say much (and understandably taken aback by Koenig surprising him at his home), declined further comment, leaving Serial to draw its own conclusions sans explicit details.

Now that Serial is over though, Wilds has come out to tell his side of the story in a three part interview with Natasha Vargas-Cooper of The Intercept (you can read all three parts in order here, here, and here respectively). In it we see him paint the full picture of what allegedly transpired, with some details possibly contradicting his sworn statement back in 1999. Raubia Chaudry, the lawyer who originally brought the case to Sarah Koenig’s attention, even penned an article published in The Guardian claiming that Wilds’s latest statement opens Syed’s case wide open.

Nearly 15 years ago, the prosecution argued to the jury that it should ignore the “inconsistencies” in Wilds’ statements — that the “spine” of his story remained the same. But with his interview yesterday, Wilds broke that spine, and possibly the state’s case with it.

To get an understanding for what Chaudry is referring to, we have to dig a little further into the meat of Wilds’s interview. In it, he gives a play-by-play account of how his life has changed since Serial first aired, as well as the circumstances of Hae’s murder from his perspective on that fateful day 15 years ago. Wilds tells of his personal details getting leaked on Reddit, airing suspicions that Koenig herself provided things like his address and personal photos to the Internet. In an email to Wilds published in part three of the interview, she responded to that accusation, making it clear that “neither I nor anyone I actually work with – the staff of Serial and of This American Life, has EVER given anything to Reddit. Period. Nor did we authorize or deputize someone else to do so.” Wilds in turn voices his disbelief, making for a classic “he said/she said” situation that we have a hard time not siding with Koenig on.

But really all that is neither here nor there when it comes to re-opening Syed’s case. The real damning information came when Wilds gave information to The Intercept that directly flew in the face of his sworn testimony. The evidence that originally led to Syed’s conviction centered around cell phone records that the prosecution claimed to be proof positive that Syed buried Hae’s body in Leakin Park in Baltimore at 7 p.m. back on January 13, 1999. According to Wilds’s latest interview though, the body was buried closer to midnight, a time when cell phone records from that day note no calls were made (noted by Chaudry in her article linked out above). This completely nullifies the timeline the state built, and even goes so far as to prove that Wilds committed perjury: He originally testified that the body was buried at 7 p.m., with the phone records confirming the location based on cell towers in the immediate area that were pinged.

In her article for The Guardian, Chaudry notes that there’s no statute of limitations for perjury in the state of Maryland, and that the state could revoke Wilds’s plea-deal if information ever came to light that proved he lied about his involvement. All that being so, he provides vivid details of the day Syed allegedly murdered Hae that would have to represent a massive fabrication if the details weren’t true. Things like the exact moment Wilds claims Syed showed him the body, along with claims of how Syed blackmailed Wilds into helping him bury the body are just some of the very specific details given in the interview (most of which can be found in part one).

Whatever conclusions you personally draw from Wilds’s full story, one thing we can all agree on is that this is a case with more twists and turns than a crazy-straw. There’s a solid chance Chaudry will make attempts to get Syed a post-conviction appeal based on this new information, which would likely lead to one of the most high-profile trials since OJ Simpson’s acquittal back in 1994. At the very least though, we now know what deal with Jay is. Or do we?