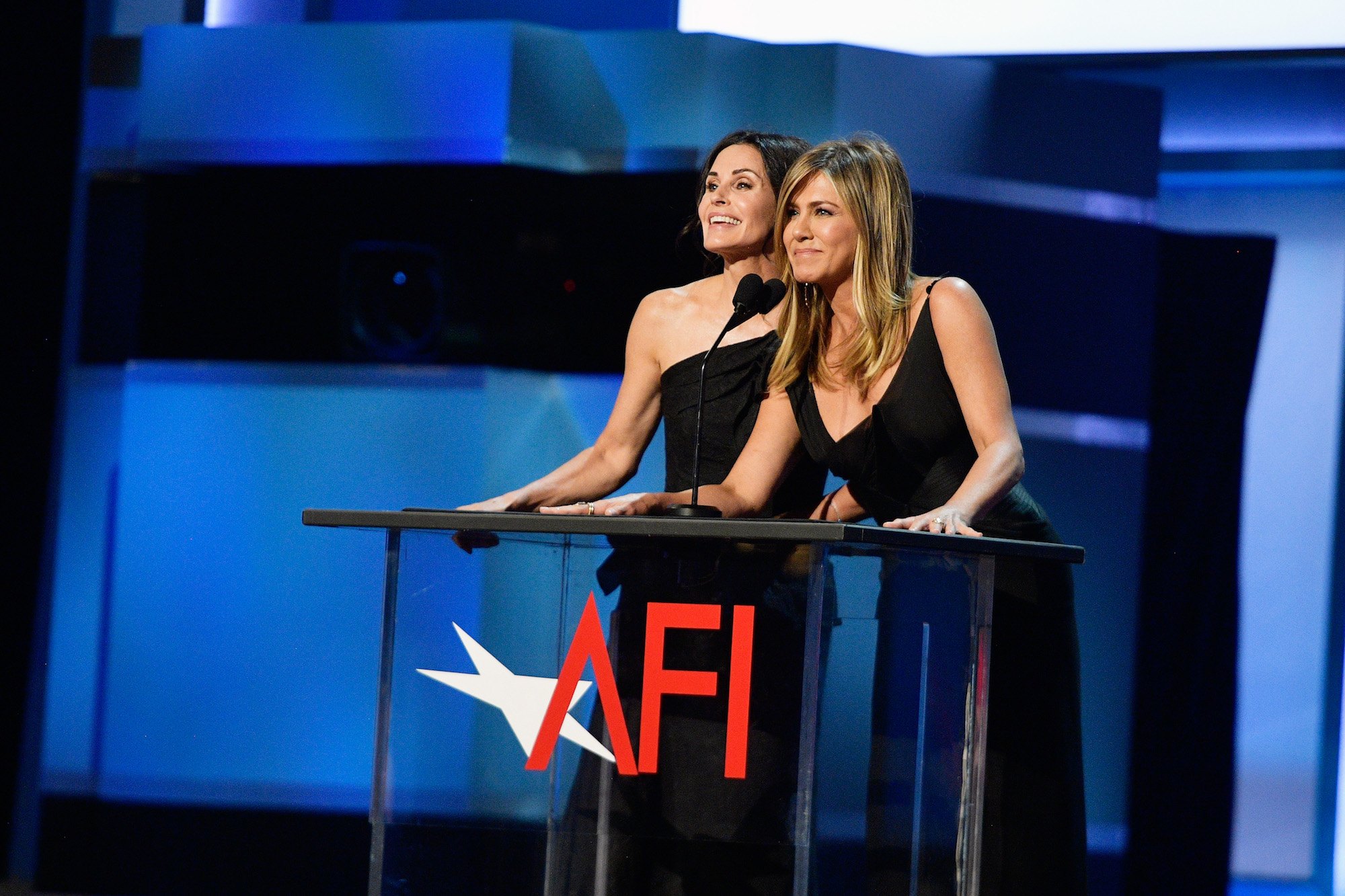 Courteney Cox and Jennifer Aniston have been friends for over 20 years. | Matt Winkelmeyer/Getty Images for Turner

Much like their characters on Friends, Jennifer Aniston and Courteney Cox have shared many ups and downs over the years. From starring in a hit television series together to big life changes to Aniston’s love life, they have been there for each other through it all. Ahead, we take a closer look at Jennifer Aniston and Courteney Cox’s relationship and how they have managed to keep a close bond nearly 15 years after Friends ended.

When Aniston married Justin Theroux in 2015, Cox was her maid of honor. According to reports, Aniston will return the favor when Cox marries long-time beau, Johnny McDaid.

Between Aniston’s dating history — and divorces — and Cox’s split from David Arquette in 2013, the two have gone through a handful of breakups together. In true best friend fashion, Aniston and Cox have supported each other throughout the ups and downs of relationships and even stood in as each others’ dates at various events.

Following her divorce from Brad Pitt, Aniston leaned on Courteney for emotional support. “I’ve slept in her guest bedroom a lot,” she allegedly told More in 2014. “Without giving away too much of my private stuff, all I can say is she’s been there for me through thick and thin.”

Reports also claim Aniston and Cox have been inseparable since Aniston’s split from Theroux in 2017.

In 2004, Cox welcomed her daughter, Coco Arquette into the world and Aniston was so excited to be an “aunt” to her best friend’s daughter. However, Cox took things a step further and asked Aniston to be Coco’s godmother.

Cox has always supported Aniston’s career. After Aniston won the Showest Female of The Year award in 2005, Cox and her then-husband, Arquette took out an ad in the Hollywood Reporter to show their pride. The ad said: “Congratulations Jennifer. Your enormous heart makes you an incredible actress and a beautiful friend. We love you. Courteney, David, and Coco.”

Not everyone travels with their best friend, but Aniston and Cox love to spend time away together. The two — along with McDaid and Theroux — went to Mexico together to celebrate Aniston’s 48th birthday.

They celebrate birthdays together

Speaking of birthdays, the following year, Cox through Aniston a 49th birthday bash at her home in Malibu, California.

There’s no doubt that Aniston and Cox have a deep connection and love each other like sisters. In an interview with More, Aniston expressed how she really felt about her best friend: “There’s absolutely no judgment in Court. You’ll never feel scolded. She’s extremely fair, ridiculously loyal and fiercely loving.”