Jennifer Lawrence: Is ‘Red Sparrow’ Her Next Big Action Role? 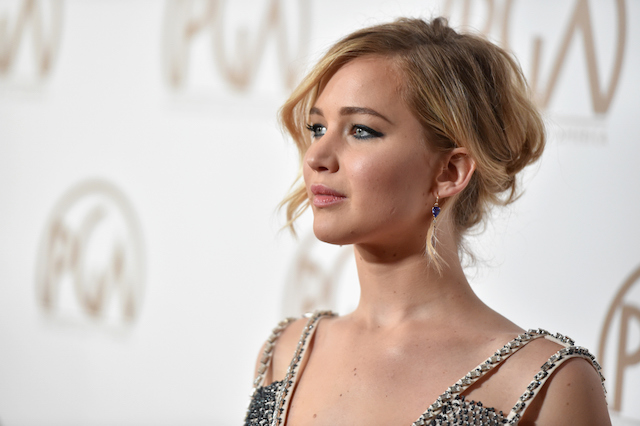 Jennifer Lawrence may go from Mockingjay to Red Sparrow. The actress is reportedly circling a role in the upcoming film adaptation of Jason Matthews espionage novel of the same name.

According to Deadline, no deal has been officially closed yet, but the movie is reportedly being developed at Fox with Lawrence specifically in mind. The studio is hoping that the actress will reunite with her The Hunger Games director Francis Lawrence on the project. The two have collaborated on the last three films in The Hunger Games franchise , including the highly anticipated forthcoming and final installment, Mockingjay – Part 2.

Published in 2013, Red Sparrow is set in contemporary Russia and centers on state intelligence officer Dominika Egorova as she struggles to survive in the steely bureaucracy of post-Soviet intelligence. The book follows Dominika as she’s drafted against her will to become a “Sparrow,” a trained seductress in the service. When she’s assigned to operate against CIA officer, Nathaniel Nash, the two young agents get caught up in an atmosphere of deception and attraction that threatens their careers. Dominika eventually ends up being recruited by the CIA herself, beginning a fateful double life in which she is forced to track down one of her country’s own moles.

A big screen adaptation of the book has been in the works for a while now. Gone Girl director David Fincher and actress Rooney Mara were once attached to the project, but those plans fell through. News that Francis Lawrence was then eyeing involvement in the action thriller began circulating after this year’s San Diego Comic Con. Now it looks like that version of the movie is moving forward, with Jennifer Lawrence also potentially on board.

As Deadline reports, Eric Warren, the writer behind another Jennifer Lawrence film, American Hustle, penned an initial draft of the script, with Justin Haythe (Revolutionary Road) on board for revisions. Steve Zaillian (The Girl With the Dragon Tattoo) and Garrett Basch (Life Itself) are set to produce via Chernin Entertainment.

This isn’t the only project in which the actress and Francis Lawrence will reportedly collaborate outside of The Hunger Games franchise. In January, it was reported that the two will reteam for The Dive, a James Cameron-produced biopic based on the story of real life free-divers Francisco “Pipin” Ferreras and his wife Audrey Mestre. It’s unclear where that project currently stands.

Fans will have to stay tuned to see if Lawrence officially closes a deal to star in Red Sparrow. If she does sign on to the movie, it’ll be the latest in a jam-packed slate of upcoming projects. The star will reprise both of her franchise roles over the next year, as Katniss Everdeen in The Hunger Games: Mockingjay – Part 2 in November and as Mystique in next year’s X-Men: Apocalypse.

Outside of her two blockbuster action franchises, the actress will play Miracle Mop creator in December’s biographical comedy drama, Joy. The project, which reunited her with Silver Linings Playbook and American Hustle director, David O. Russell, is likely to put her name back in the middle of award season conversation this year. Lawrence is also currently in pre-production on the space romance drama, Passengers, in which she’ll star opposite Chris Pratt, and, as she recently revealed, is also working on a comedy movie script with Amy Schumer.