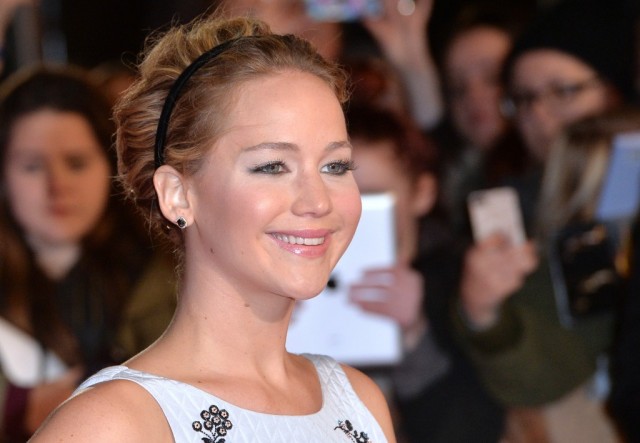 Jennifer Lawrence has already worked with some of Hollywood’s top actors and directors, and soon, she’ll be able to able to add renowned filmmaker James Cameron to the list. The actress is reportedly teaming with the Avatar director and Hunger Games helmer Francis Lawrence on her newest film project, The Dive.

According to The Wrap, the romantic drama will chronicle the true story of Cuban diver Francisco “Pipin” Ferraras and his wife, French-born diver Audrey Mestre, both of whom made headlines for breaking records for deep-water diving on a single breath. Lawrence is attached to play the lead role of Mestre, who died at only 28 years old while attempting to beat her own world record, diving to the depth of 557.7 feet.

Cameron will produce the film via his production banner Lightstorm Entertainment, while Francis Lawrence is on board to direct. This will mark the fourth collaboration between the latter and Jennifer Lawrence, as the director previously worked with the actress on the final three Hunger Game installments, Catching Fire and Mockingjay – Part 1 and Part 2.

Cameron’s involvement in the film has been a long time coming. A known diving enthusiast, the director has produced a series of deep sea exploration documentaries in the past and previously filmed Ferraras’s tribute to his late wife, during which he dove to the same depth. The filmmaker has reportedly been working to bring the story of Ferraras and Mestre to the big screen since 2002, although he has been attached to the project in different capacities over the years.

As for Lawrence, the actress has reportedly already received an offer to star in the film, but it remains unclear if an official deal has been closed or whether negotiations are still ongoing. There’s no word yet on who will play Ferraras or when the movie will go into production.

If she does take the part, The Dive will mark a step outside the expected for Lawrence, whose last few projects have either been franchise films (playing Katniss in The Hunger Games or Mystique in X-Men) or collaborations with director David O. Russell (Silver Linings Playbook, American Hustle). While both paths have proven to be hugely successful for her, working with Cameron and re-teaming with Francis Lawrence on a standalone project could be a notable way for the star to move forward following the end of The Hunger Games in 2015 and the end of the X-Men: First Class trilogy in 2016.

For now, though, the actress still has the final installments in each of her action franchises hitting theaters over the next year and a half or so. Hunger Games: Mockingjay – Part 2 is due for release in November, while X-Men: Apocalypse is scheduled for May 2016. She’s also re-teaming with O’Russell and former co-stars Bradley Cooper and Robert De Niro on the Joy Mangano biopic, Joy, out at some point in 2015.

Cameron also has plenty on his plate. The director is working on the next three sequels of his Avatar films, the first of which was recently pushed back to 2017.