Jennifer Lawrence always keeps viewers hooked with her movies and has recently been leaving us equally stunned off screen with her sense of style. On a trail of premieres and film festivals, the 27-year-old continues delivering looks that are slaying on the red carpet.

Though she is already considered one of Hollywood’s hottest stars, these red carpet looks have definitely made temperatures even hotter. 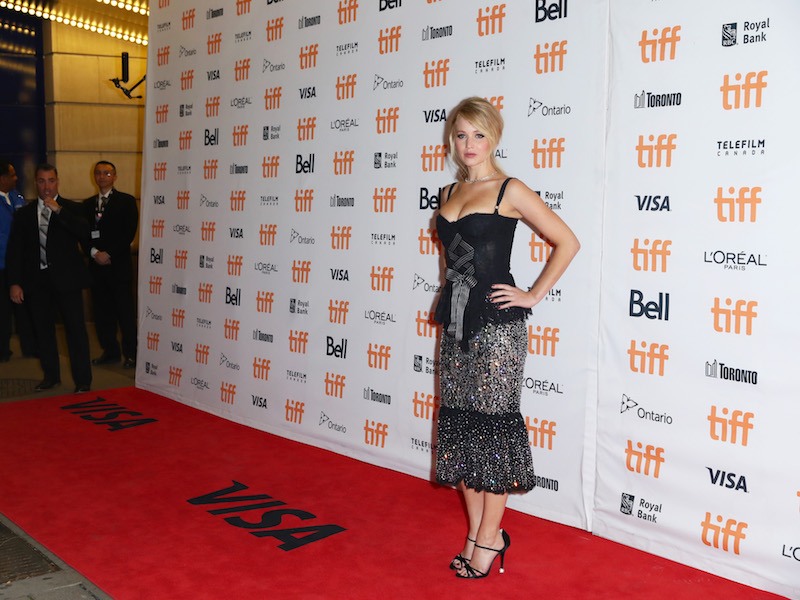 The actress stunned on the red carpet. | Joe Scarnici/Getty Images

Lawrence was looking seriously va-va-voom in her latest look at the 2017 Toronto International Film Festival. This midi-length Dolce & Gabbana ensemble hugs her in all the right places, with a corset top and sparkling, lacy mermaid skirt.

Her dark eye makeup and pulled-back hair complement the look, but her sultry glare at the camera really gives it the finishing touch. 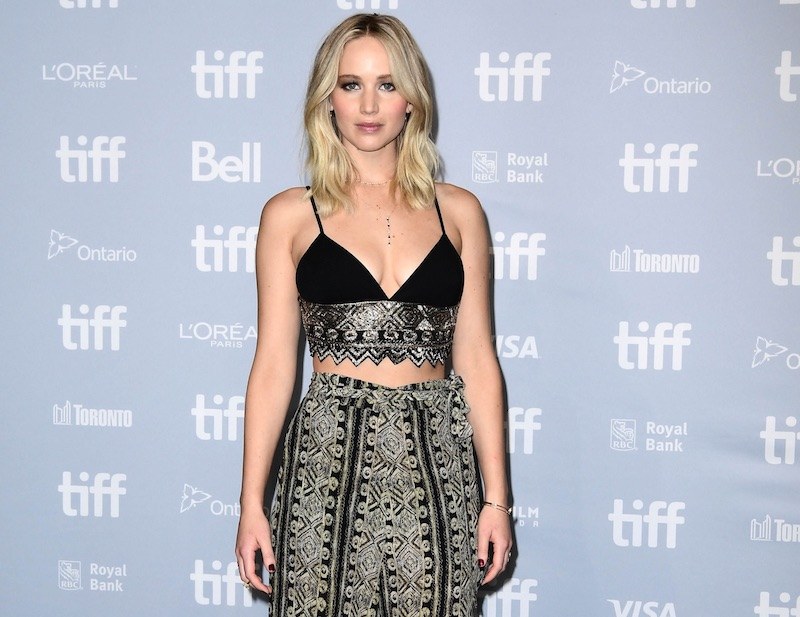 She effortlessly pulled off this ab-bearing ensemble. | Emma McIntyre/Getty Images for Paramount Pictures

Switching things up with a two-piece ensemble, Lawrence revealed yet another amazing outfit at the Toronto Film Festival press conference. Her crop top and flowy pants by designer Sally LaPointe definitely seem on the more comfortable side of her red carpet looks, but she doesn’t look any less glam.

She also let her blonde tresses down and looked like an actual goddess.

3. A day to night blazer 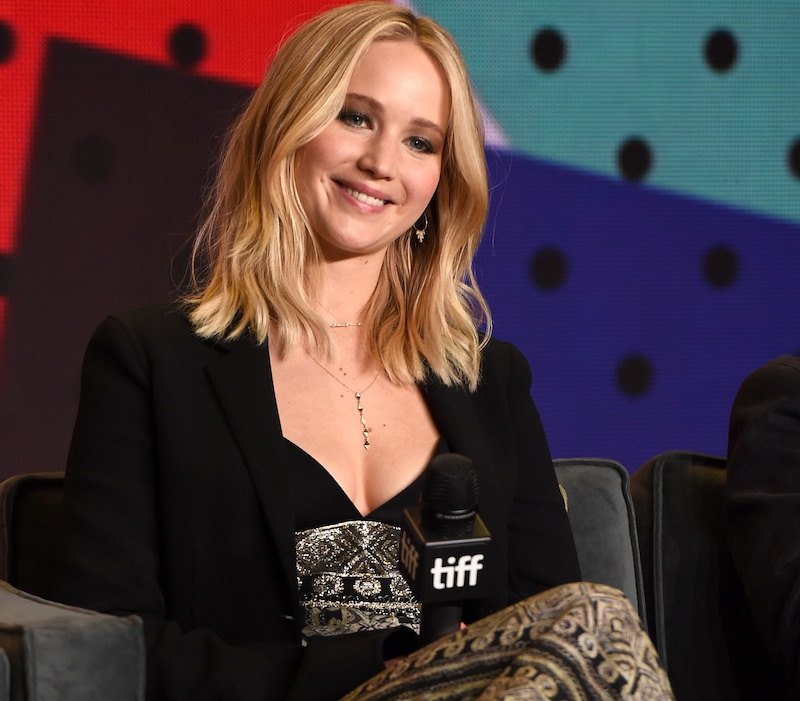 A classic black blazer brought a touch of flare to this outfit. | Kevin Winter/Getty Images

OK, so this may be the same Sally LaPointe outfit from the red carpet at the Toronto Film Festival, but Lawrence deserves acknowledgement of the perfect addition to the look: a classic black blazer. She added the extra layer while speaking onstage at the press conference, and we think it added a whole new element.

This look shows how flawlessly an outfit can be brought from day to night, and Lawrence is totally rocking it. 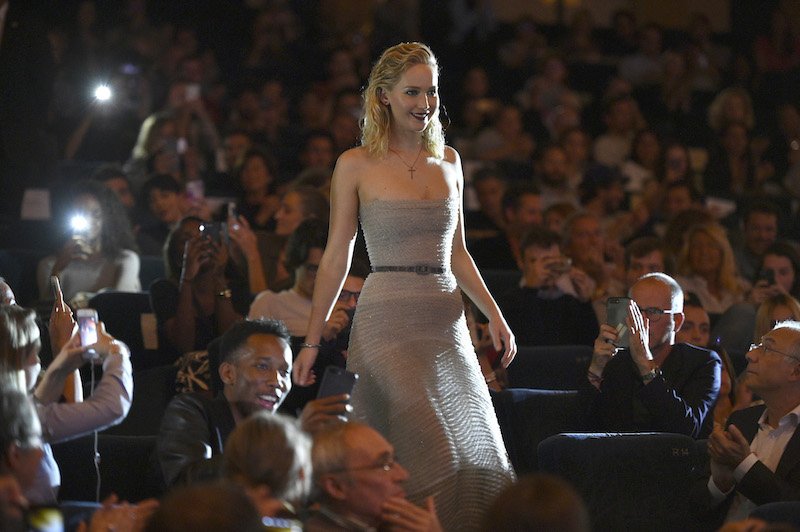 In this look, Lawrence proves that neutral does not equal boring. This strapless Dior Haute Couture dress turned heads at the Paris premiere of mother! at Cinema UGC Normandie. We love the gradient shades of gray in this ombré piece, but the waist-cinching belt really pulls it together.

She stuck with the color scheme for her shoes, opting for gray stilettos, allowing her bold red lip to really pop. 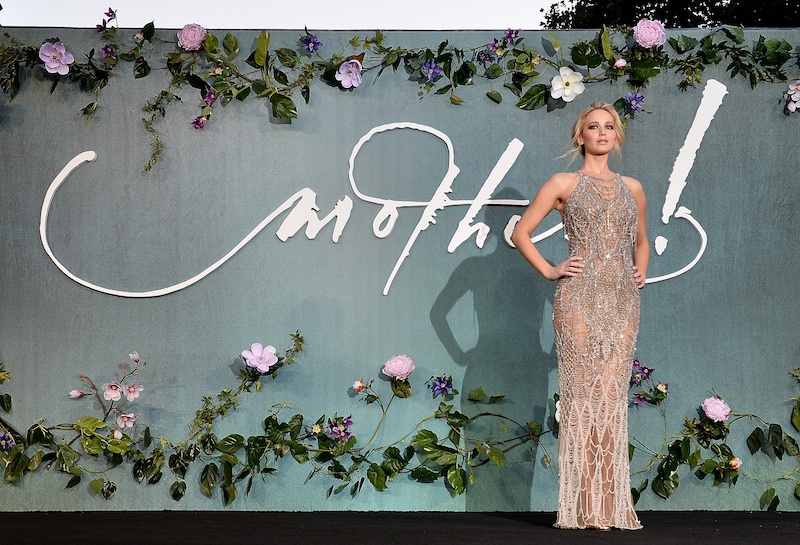 If your jaw wasn’t on the floor before, it definitely is now. Lawrence absolutely stunned in this Versace dress at the London premiere of the film, and really proves she’s not messing around on this press tour. This slinky, draped illusion dress basically covers everything while covering nothing at the same time.

However sexy, she still looks classy with her smoky eye, messy low bun, and strappy heels.

Lawrence graced the red carpet in this beautiful, floor-length evening gown by Dior at the 74th Venice Film Festival. Even though she went with a blush hue, we’re feeling some Black Swan vibes (which happens to be another Aronofsky film) with the black tulle overlay.

With her hair pulled back from her face, she sparkled in Tiffany & Co. jewels, including her drop earrings, trendy choker, and ring. 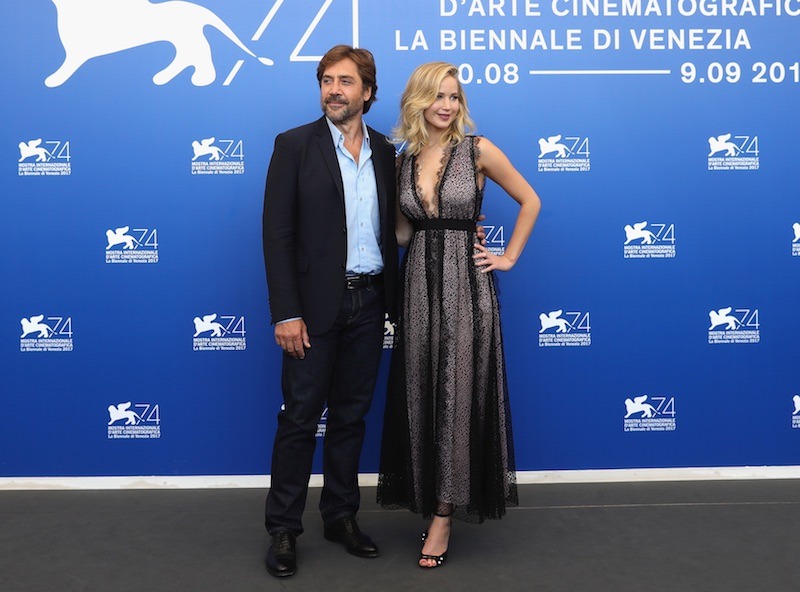 Here’s another look from the Venice Film Festival with gothic, yet feminine touches. This Giambattista Valli dress plunges with an eyelash lace neckline, but otherwise, the dress is pretty conservative. The length hits just at the ankle, so she’s able to show off her black peep-toe pumps.

Her hair looks perfectly blown out and wind-swept, so she looks effortlessly chic in this timeless ensemble.