Jenny Slate’s Show Will Be an Obvious Hit 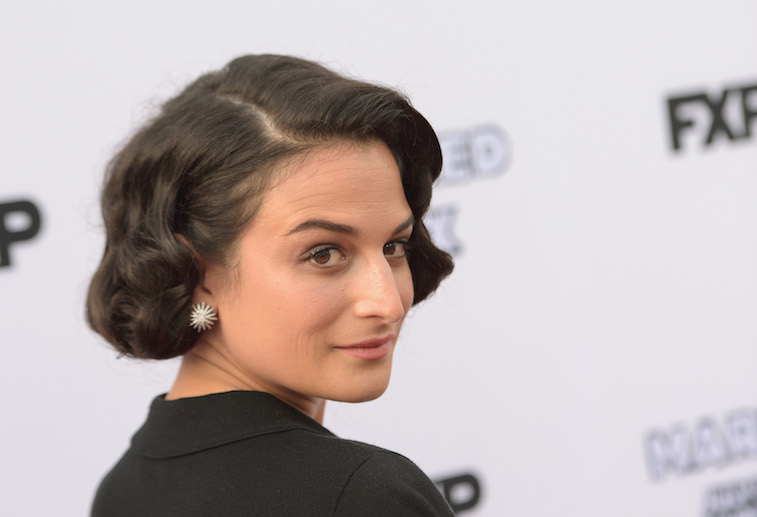 You might recognize actress and comedian Jenny Slate from her hilarious guest spots on shows like Parks and Recreation and The Kroll Show, but she’s about to get her own, well-deserved series on FX. Deadline reports that the network officially ordered a pilot starring Slate and Ari Graynor that sees Slate teaming up with her Obvious Child writer-director Gillian Robespierre. Given the great reviews the indie comedy-drama Obvious Child received, great things are to be expected from the new series.

News about Slate getting her own show first came out when her role on the FX show Married was cut back from regular to recurring. The project will reunite Slate with Robespierre and writer Elisabeth Holm. The trio loved working together on Obvious Child, and given how well-received that project was. more good things are expected from them. Robespierre will direct the pilot from a script she and Holm wrote together.

The show will star Slate and Graynor as friends and creative partners who decide to take a cross-country road trip. The characters are described as “gutsy born and raised New Yorkers” who make a movie together and then jump into their next project. The show will be a funny but honest exploration of adult female friendship through characters that allow each other to be both strong and vulnerable. “It’s like Thelma and Louise — but nobody dies,” said Deadline.

Slate got her start on Saturday Night Live but was fired from the show after her first sketch, in which she accidentally dropped the f-bomb on live TV. She bounced back from the mistake by creating the hugely popular YouTube video “Marcel the Shell” with her husband. From there, she went on to have standout guest roles on TV shows including Married and Bob’s Burgers.

She had her breakout starring role in last year’s Obvious Child, which saw her teaming up with new creative partners Robespierre and Holm. The movie got great reviews for both Robespierre’s writing and directing, and Slate’s performance in the lead role, with a 90% rating on Rotten Tomatoes. The movie follows a young Jewish woman as she pursues a career in standup comedy, accidentally becomes pregnant after a one-night stand, and decides to get an abortion. Feminists praised the film for its honest look at a 20-something woman grappling with an unwanted pregnancy.

The New York Times said the movie “might have been mined for ugly, trivializing humor or pious pathos, and Obvious Child could have turned out either obnoxiously silly or insufferably earnest. It’s both funny and serious without trying too hard to be either, and by trying above all to be honest.” The movie won several awards, including the National Board of Review USA Award for Best Directorial Debut for Robespierre and the Broadcast Film Critics Association Award for Best Actress in a Comedy Movie for Slate.

With all the success Obvious Child had in looking at the female experience in a humorous light, as well as showing Slate is more than capable of carrying a project as the star, the FX show will likely be a funny series that fans of other feminist comedies, like Girls and Broad City, should look forward to.