Season 2 of Jessica Jones is out on Netflix, and it came with a whole bunch of new information that we’re still processing. After taking down Kilgrave in Season 1 and briefly teaming up with some friends in The Defenders, there were plenty of questions about whether Jessica Jones was strong enough to meet the extremely high expectations. Despite a bit of a slow start, it does.

But this isn’t a full-on review. Rather, we compiled a list of several major reveals from Season 2 of Jessica Jones. You’ve been warned! Spoilers are ahead.

1. The public perception of Jessica Jones

She’s having a rough start in Season 2. | Netflix

Following the events of Season 1 and The Defenders, the public perception has changed around Jessica. She’s not seen as a superhero like Iron Man or Captain America, and she’s not even seen as a protector like Luke Cage. After snapping Kilgrave’s neck at the end of the first season, most people view Jones as some sort of vigilante-murderer.

In one specific instance at the beginning of the season, Jones catches a client’s boyfriend cheating. In response, rather than just accept it, the woman requests that Jessica murder him. Jones really hates her new public image, too. She is drinking more than ever at the start of Season 2, all thanks to the unwanted attention that Kilgrave (and to a lesser extent, The Defenders) has brought her.

Next: What’s up with Trish?

2. Trish is being suffocated by jealousy

As Season 2 opens, we see Jessica’s best friend, Trish Walker, becoming more and more consumed with looking into the experiments done at IGH. She badly wants to pivot away from lifestyle radio with her show, Trish Talk, and become more like her new — and somewhat mysterious — journalist boyfriend, Griffin.

The more we see, the more we realize that what is happening. Trish is becoming suffocated by jealousy of those around her. She is no longer “Patsy,” the child star. She’s not releasing hit singles. Trish sees herself as a failing journalist, paling in comparison with Griffin. That gets projected onto her relationship with Jessica, as well, and makes for one of the even better reveals from Season 2. But more on that in a bit.

Next: Malcolm wants to move on.

3. Malcolm wants more for his life

Malcolm and Trish are working through some stuff. | Netflix

Last we saw Malcolm in Season 1, he was recovering from his drug addiction and finding a place working as Jessica’s assistant at Alias Investigations — whether she wanted his help, or not. That’s still where he is at the start of Season 2, trying to push Jessica to do more and help her better herself. But it’s very clear that Malcolm, who was once a brilliant student that dropped out of college, wants more for his life.

Malcolm’s apartment is clean and looks nice, he works hard, and he takes care of his body. A newcomer to the story, Pryce Chen, offers him a position at a bigger private investigation firm, which Malcolm refuses. But his mega-crush on Trish, frustrations with Jessica, and aspirations for something bigger force him down an interesting path in Season 2. In the end, Malcolm has a falling out with both women and teams up with Chen and Jeri Hogarth on a mysterious new project.

Next: Trish goes from bad to worse.

4. Trish is going off the rails

There are probably three or four very obvious instances in Season 2 where they appear to be foreshadowing Trish’s eventual death. She casually jokes that she’ll live forever, while others warn her to stop going down a dangerous path with IGH because it could get her killed. A recovering drug addict, Trish’s jealousy pushes her to use an experimental inhaler that enhances her body to give her super-strength. The inhaler does its job, but the after-effects are similar to those of drug abuse.

After her boyfriend, Griffin, proposes to her, Trish surprisingly casts him aside. She has less interest in being with Griffin than being him, while hoping to be an superhero that fights crime on the side. Her jealously drives her to surprising measures frequently, which only gets worse and worse for her relationships with those closest to her. And all those moments where Season 2 teases her death are for naught, because Trish survives after nearly dying several times.

Next: Who is that lady that’s killing people?

She’ll find out that her mother survived the wedding. | Netflix

The first five episodes of Season 2 are pretty slow, with a lot going on in the ancillary storylines and little going on with Jessica’s look into IGH and her mysterious past. However, she does finally meet the killer at the end of the third episode. By the sixth? She finally learns exactly who this person is: Her own mother. Surprise!

After believing that she was the sole survivor of the horrific car crash of her youth, Jessica learns that her mother, Alisa, also lived. Alisa was given super-strength as well, and is even stronger than her daughter. But she also has one nasty side-effect, which is a weird temper that can’t be controlled and drives her to murder people. Suffice it to say, this wasn’t such a happy reunion.

Next: What has been going on with Hogarth?

6. Hogarth has ALS, and isn’t taking it well

One of the prominent story lines from Season 2 that probably gets a bit too much screen time revolves around Hogarth. Early on, she is dealing with the fallout of her divorce and fending off her two unscrupulous partners at the firm. Later, she is diagnosed with ALS, which causes those two partners to attempt to force her out.

Next: Is Marvel setting up a spin-off series?

7. Trish and the beginning of Hellcat 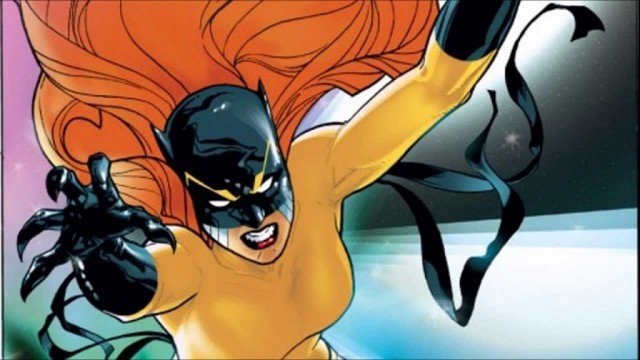 Trish wanted to be a hero. | Marvel

Back to Trish. Her death-spiral into drug abuse, the need to be a hero, and her insane jealousy of those around her are the beginnings of another Marvel hero: Hellcat. At the end of Season 2, she uses Malcolm to help her track down the doctor that experimented on Jessica and Alisa. Holding him at gunpoint, Trish forces him to do the same experiments on her.

Jessica breaks in at the last minute and shuts it all down after Trish nearly dies on the table. She is taken to the hospital, where some misdirection teases that she may have not survived. Trish lived, of course, but then (again) says that she feels like she may be dying. In the end, she recovers to discover that the experiments worked to give her super-strength. Where Marvel is going with Hellcat is unknown, but it’s clear that they have something planned for her.

Next: Trish can’t possibly repair her relationship with Jessica.

Things end up this way. | Netflix

After recovering and leaving the hospital, Trish tracks down Jessica and Alisa, who are on the road and running from the cops. Knowing that the police will shoot on sight, with no regard for whether Jessica lives or dies, Trish shocks everyone by shooting and killing Alisa – leaving a devastated Jessica covered in her own mother’s blood.

Needless to stay, this is pretty much the end of Jessica and Trish’s relationship as best friends and pseudo-sisters. Unfortunately for Jones, this couldn’t really have ended any other way. Jessica can’t murder her own mother, and they can’t run off together. Not for the growth and the future of one of Marvel’s most popular characters. It had to happen this way.

Next: Where the end of Season 2 leaves Jessica Jones.

Early in Season 2, we’re introduced to Oscar – the new super of Jessica’s apartment building. He’s an attractive single father and former convict that’s looking to turn his life around and gain custody of his son. It’s harder to come up with a more obvious love interest for Jessica, who has struggled to maintain interest in a man longer than a few days (see Cage, Luke).

But there was conflict with Oscar early when he attempted to evict her because of her powers. He eventually came around when Jones saved his son, Vito, from falling out of a window and tumbling to certain death. Season 2 finishes with Jessica joining the two for dinner in their apartment, telling a story about stopping a robbery earlier in the day. Hooray for character growth! After two seasons of Jessica Jones and one of The Defenders, Jessica has finally begun to change for the better.