‘Jessica Jones’ Season 2: Why The Marvel Show Is Struggling Without Kilgrave

Season 2 of Marvel’s Netflix series, Jessica Jones, is set to release on March 8, and it’ll be our third official look at the dark and bitter character brought to life by actress Krysten Ritter. After finishing Season 1 in 2015, Jones popped up again in Marvel’s The Defenders, teaming with Danny Rand, Luke Cage, and Matt Murdock to take down the Hand.

Despite the lack of critical success of The Defenders, there is plenty of excitement heading into the second season of Jessica Jones. The first season was a major triumph, and what some consider to be one of Marvel’s best adaptations yet — although 2017’s The Punisher may have surpassed it. But does Season 2 hold up to the high standard that preceded it?

We got a sneak peak at the first five episodes, so let’s take a spoiler-free look at some of its strengths and weaknesses.

The death of Kilgrave 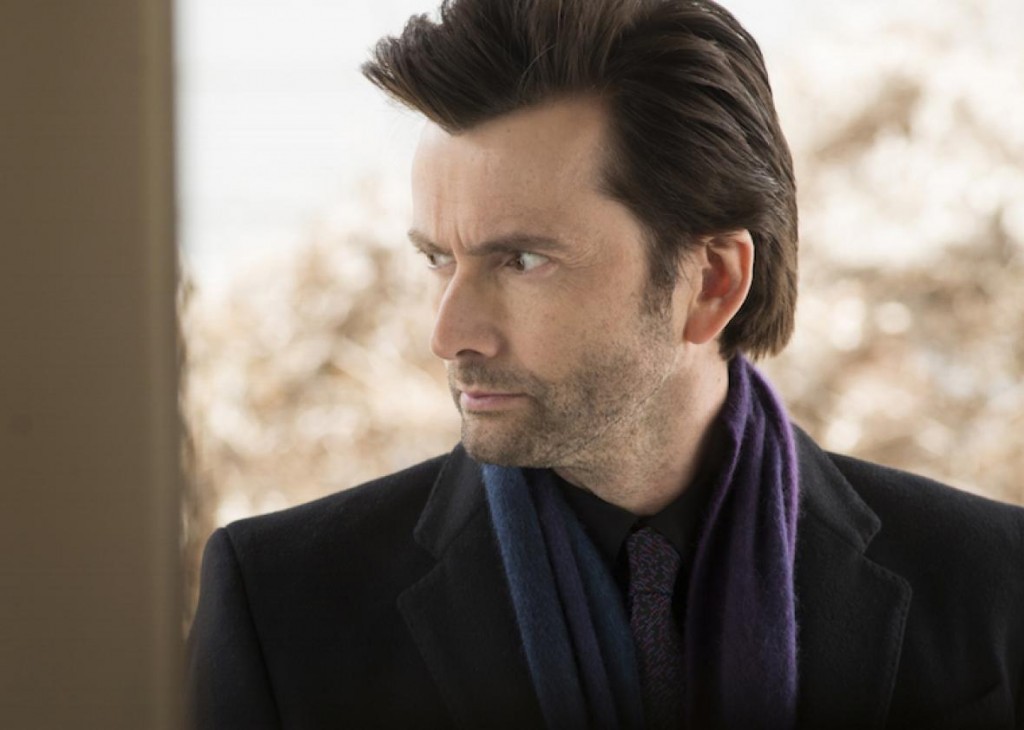 Kilgrave made a big impression in Season 1 of Jessica Jones. | Netflix

It’s impossible to talk about the second season of Jessica Jones without first taking a look backward. The villain of Season 1 was Kilgrave, a psychological tormenter that had previously abused Jessica physically, sexually, and emotionally. He had the power to force people to do whatever he said, simply by demanding it.

Played by David Tennant (Doctor Who), Kilgrave brought an uncomfortable feel to any scene he was in. He was menacing and left you at the edge of your seat, knowing that he wasn’t above forcing an innocent person to kill themselves in a horrible way simply to prove a point. In the end, Jessica was only forced to do one final thing against her will — become a killer. She snapped Kilgrave’s neck, temporarily ending her nightmare.

Next: Jessica and The Defenders

The Defenders did nothing for Jessica 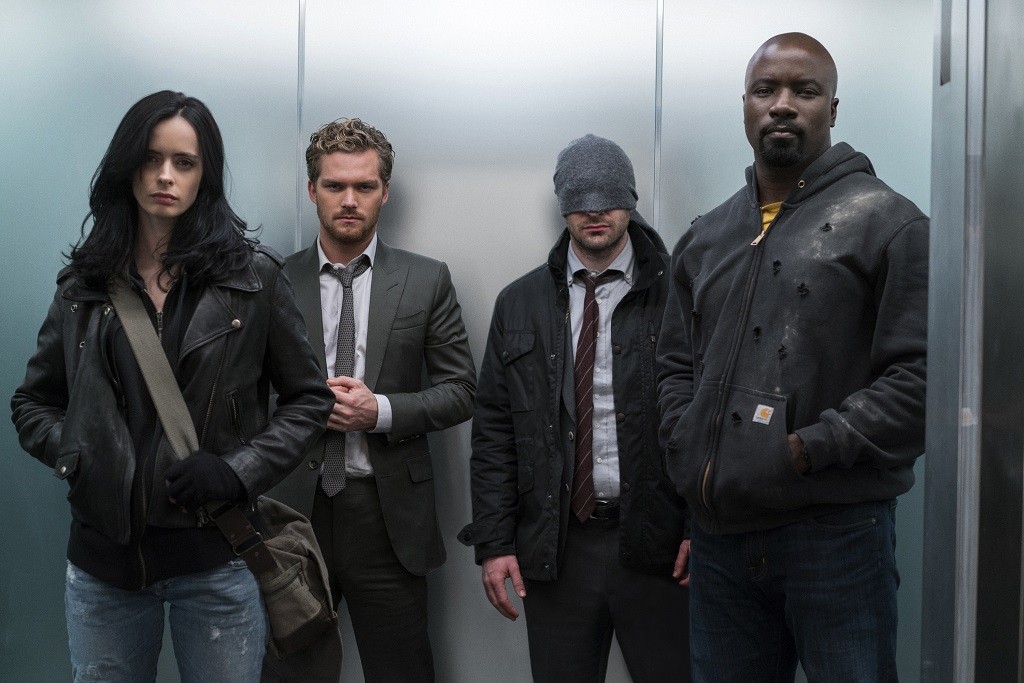 Marvel’s The Defenders didn’t give Jessica much to do. | Netflix

In The Defenders, the plot was almost entirely related to the first two seasons of Daredevil and the recent failed attempt with Iron Fist. It dealt with the Hand, Elektra, and a whole lot of stuff that tied into Rand’s story. When considering that Iron Fist was released just ahead of The Defenders, you could’ve probably convinced an unknowing viewer that the latter was merely a second season of the former with a bunch of new characters.

Ritter was great as Jones, of course, but the character felt shoehorned into a story that she had little to do with. She wasn’t reeling from Kilgrave the way she is in Season 2 of her own series, so it feels almost like they wrote in Jones’ character without her full personality. In the end, you really don’t need to even have seen The Defenders to understand where she is physically or emotionally at the beginning of Season 2.

Next: Where we begin in Season 2

Picking up where we left off 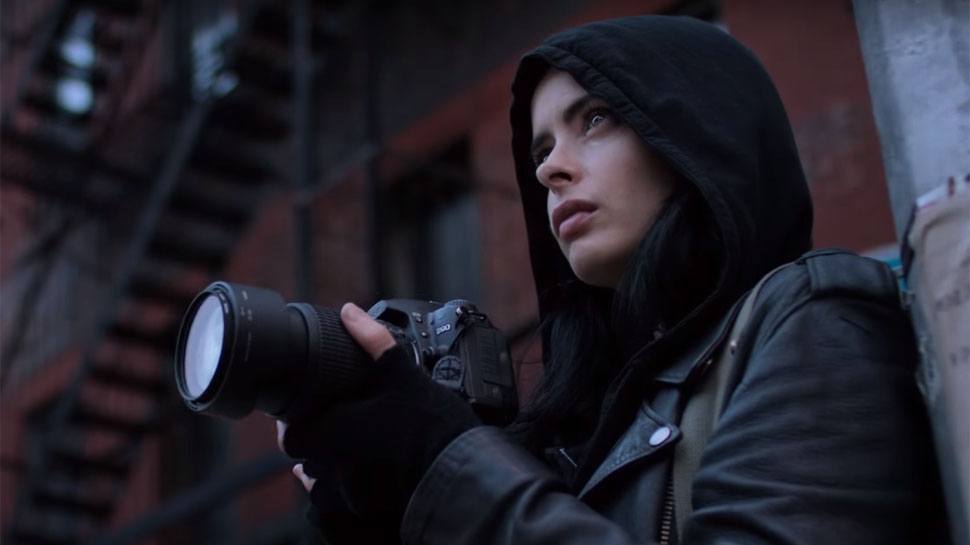 Jessica Jones is back to her old ways in Season 2. | Netflix

Jessica is still her typical self, almost to a fault. She didn’t want to have to kill Kilgrave, because snapping his neck would turn her into a killer. That plays a major role early, as it’s clear that average citizens have figured out who she is. She’s not a superhero, she’s a powered vigilante-killer. She’s still overrun with people seeking her help as a private investigator, but many of them view her more like a contract killer than a P.I.

How does Jessica deal with all of this? It should come as no surprise that she fills the emotional void in her soul with whiskey and meaningless sex. If there is one complaint about Jones in the first portion of Season 2, it’s the lack of character growth.

If killing Kilgrave forced her into a state of depression over her own self worth and made her an alcoholic, that would make sense for her character growth — if that wasn’t already who she was. Jessica painfully continues to ignore those around her and their many attempts to reach out and help.

Next: Krysten Ritter pulls it off once again.

Krysten Ritter is great, as always 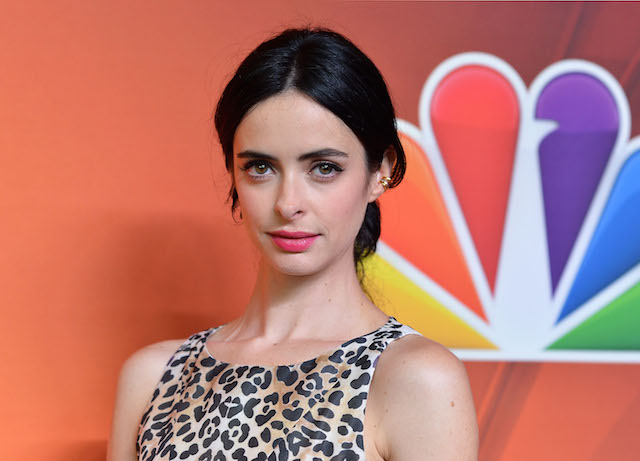 All of that being said, Krysten Ritter is tremendous as Jones. She has exactly the same dead-pan demeanor while being just enough of a self-proclaimed a**hole. Jones is rude to bartenders, even after routinely breaking glasses with her super-strength. She continues to treat her friend and assistant Malcolm as if he were her bratty little brother. And of course, she holds Trish at arm’s length out of fear for her safety.

Ritter pulls it all off flawlessly. Her words are often different from her facial expressions, which is a testament to Ritter’s understanding of the conflict within the character. Jones is a jerk, but she also frequently regrets the things she says and the way she treats the people closest to her. It’s only five episodes, but so far Ritter has earned an A+ for her performance.

Next: Missing Kilgrave has left a major hole.

A major lack of gravitas 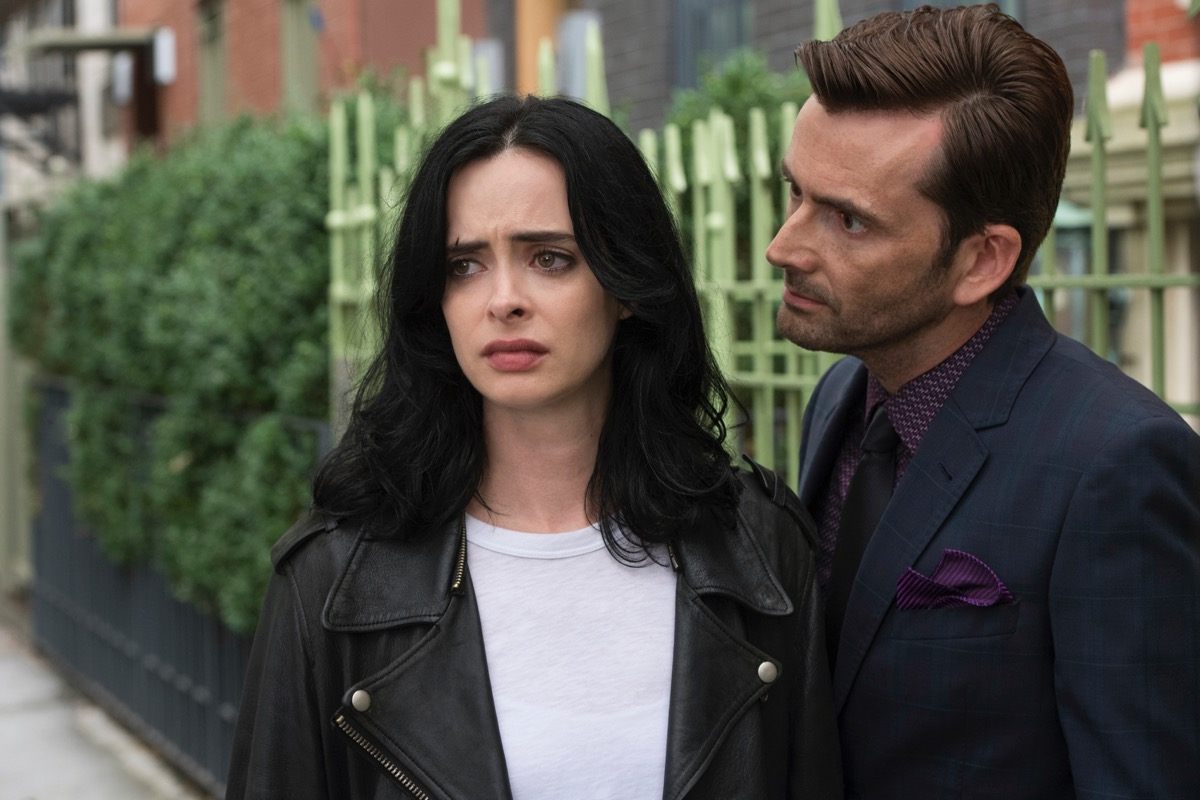 Unfortunately, there is something lacking in Season 2 of Jessica Jones. A major part of what made Season 1 so great was Kilgrave (and Tennant’s performance as the character), and there is no such looming presence in the first five episodes. Jones is in search of answers, following up where Season 1 left off with IGH and the experiments that gave her super powers.

While there is certainly a “bad guy” at the end of the dark tunnel she is headed down, the plot lacks the gravitas of Kilgrave. Season 2 is more about the slow-burn reveal of Jessica’s past, and her grappling with who she is. This is acheived in a very obvious way, bringing in a villain that was made exactly how she was — only stronger. Jones knows who her villain is, and deep down she worries that their mirrored past might make her the same kind of monster.

Despite the fact that this should hit at the core of Jones’ emotional turmoil, the death of her family as a young girl, Kilgrave felt way more personal. The show attempts to bring in new characters to fill that gap, but so far has missed the mark. Most of Jessica’s foes in Season 2 feel more like Jessica’s annoyances than anything else.

Next: Two many side stories, not enough forward momentum.

The direction is often unclear 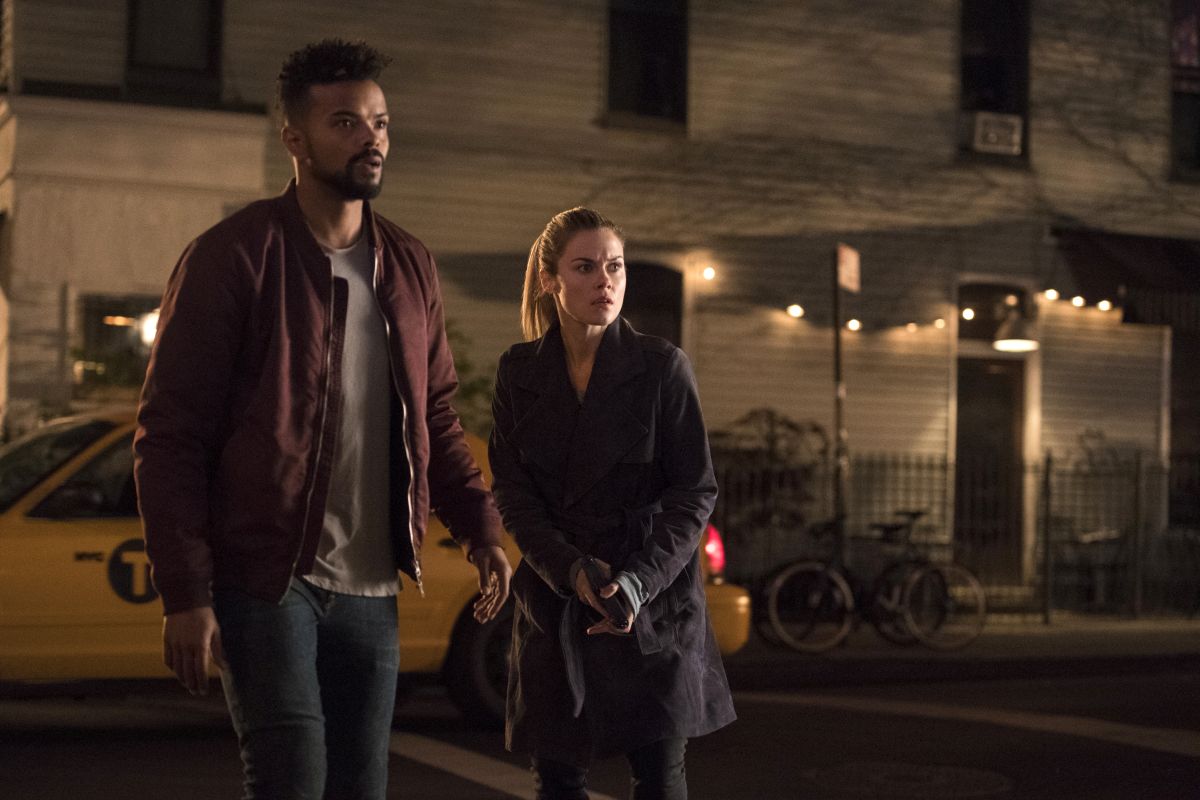 There’s a whole lot going on with the supporting characters in Season 2. | Netflix

Early on, there are a whole lot of story lines pulling in a bunch of different directions. Carrie-Anne Moss (The Matrix) returns as Hogarth with her own set of problems, both old and new. Rachael Taylor (Transformers) is back as Trish, while Eka Darville (Mr. Pip) returns as Malcolm. Terry Chen (House of Cards) and J.R. Ramirez (Power) bring in new characters, Pryce Cheng and Oscar, but add very little of substance to Jessica’s story.

Everyone has their own issue, with Jessica at the center of all of it. That doesn’t even touch her look into IGH and the demons of her past, and where that road goes over the first five episodes. While the first season had its own set of pacing problems toward the end, Season 2’s pacing problems have been through the first four episodes.

At times, it feels like they’re throwing too much at us with some of the ancillary characters while the overall story arc suffers. On its own, learning more about Trish’s own tormented soul is interesting and makes an important statement for women in 2018, but it also serves to slow down Jessica’s story in the early-going.

Next: There is still reason for hope.

Hope for the finish 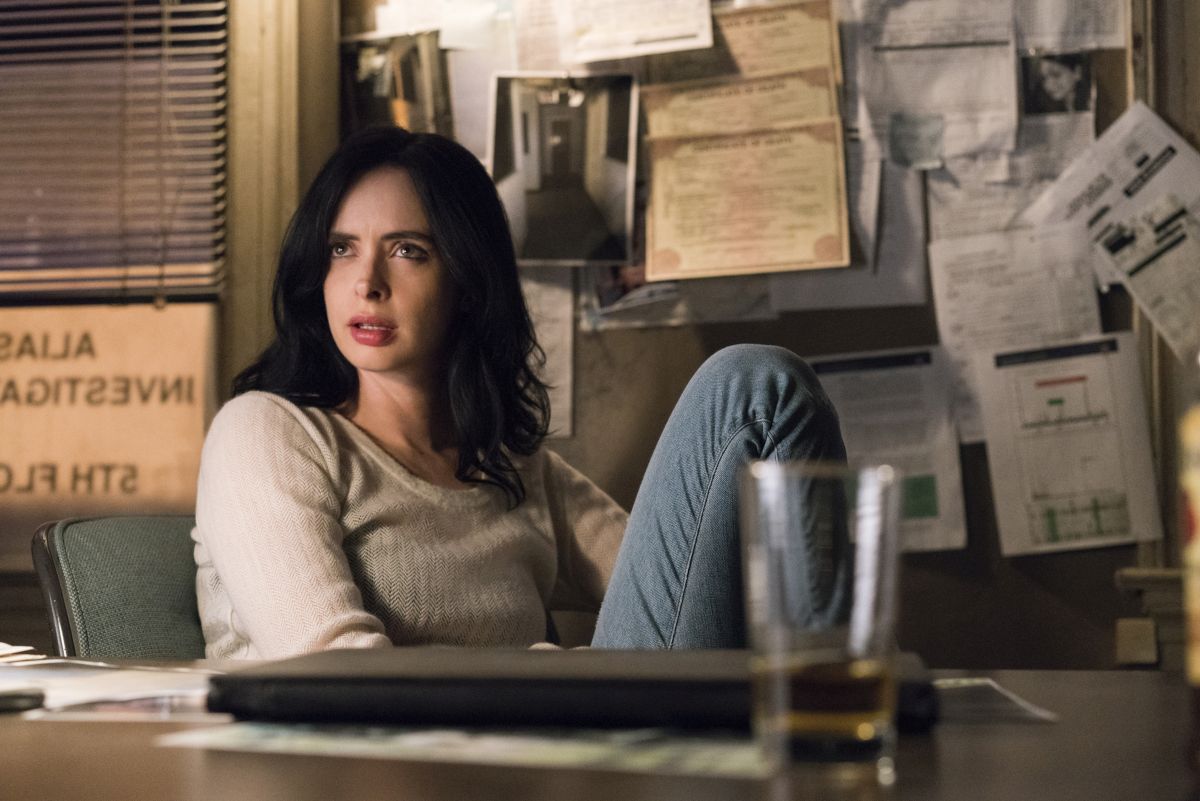 Season 2 still has a chance to find its way. | Netflix

There is plenty of reason to hope for a strong finish to Season 2 of Jessica Jones. Five episodes is only 38% of the way through, and the plot does start to ramp up in intensity toward the end. Even if there are some excess story lines that we could’ve done without, it does feel like they’re taking us down a path where they’ll eventually converge. At that point, maybe Season 2 will reach the same excitement level that it’s predecessor hit at the end of its 10th episode.

But still, Jessica Jones is taking a long time to slowly — and sometimes forcefully — unravel the mysteries of the title character’s past. It’s hard to tell if it’s finally starting to speed things up or if we’re going full-force straight into another roadblock.