Jimmy Kimmel provided an update on the health of his infant son Billy on Friday. Billy was born in April with a rare congenital heart defect and underwent surgery at three days of age. 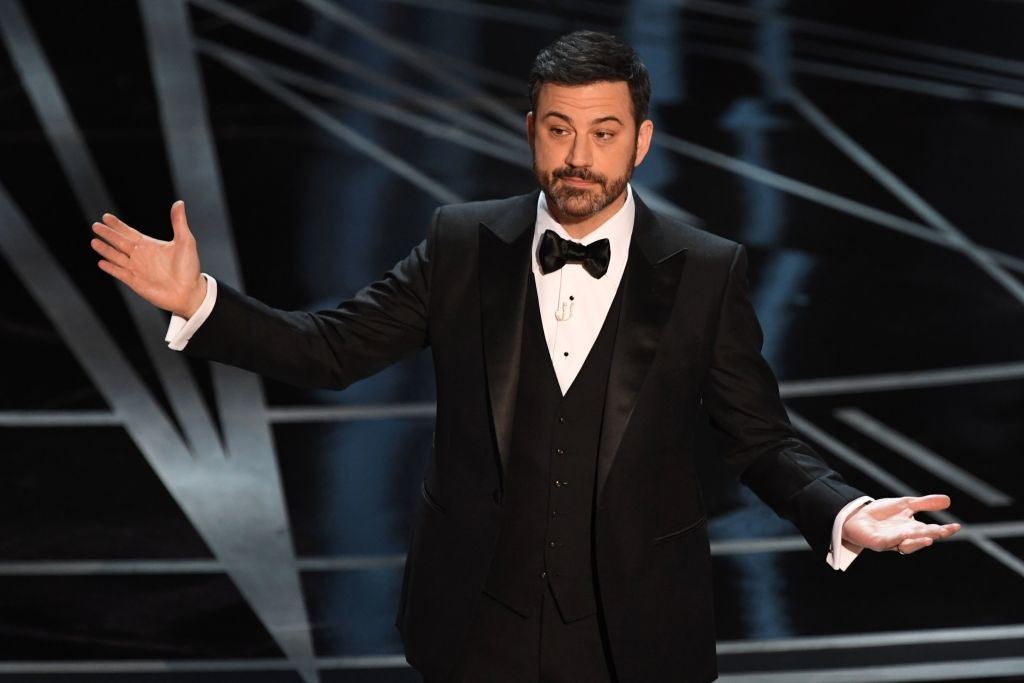 Jimmy Kimmel gave an update Friday about the health of his baby son, Billy. Here Kimmel is seen hosting the Oscars on Feb. 26, 2017. | Mark Ralston/AFP/Getty Images

“[Billy is] doing well. We’re getting ready to have another operation,” Kimmel said in an interview Friday with Good Morning America. He’s doing very well.”

“He’s very smiley, and he’s very cute,” the Kimmel Live host added. Below is a photo Kimmel posted to Instagram on Sept. 19 captioned, “Billy is helping me write tonight’s monologue.”

Billy is helping me write tonight's monologue. I'll give our thoughts on the #GrahamCassidy health "care" bill. #BillCassidy @LindseyGrahamSC

Soon after the birth of Billy, Kimmel’s second baby with wife Molly McNearney, the late-night host made an emotional announcement on his show of the baby’s birth. He explained how Billy was born with the congenital heart defect which required emergency, life-saving surgery when he was three days old.

During the same monologue, Kimmel went on to tell his show’s audience, “If you were born before 2014 with a congenital heart disease like my son was, there was a good chance you would never be able to get health insurance because you had a pre-existing condition.”

He went on to state, “No parent should ever have to decide if they can afford to save their child’s life.”

The first guests Kimmel had on his show when he returned after his son’s birth were cardiac surgeon Dr. Mehmet Oz, who explained what a congenital heart defect is, and Olympic snowboarder Shaun White, who was born with the condition.

The late-night host, 49, and his wife have another child, three-year-old daughter Jane. Kimmel has two children from his previous marriage to Gina Maddy: daughter Katherine and son Kevin.

Other topics covered in the Good Morning America interview included President Donald Trump. Kimmel said he would like to have Trump on the show. “Maybe this is crazy, but I feel like I could turn him around on a couple of things,” he said.

In Kimmel’s Thursday monologue, he joked that Trump could be prevented from tweeting if he were given a fidget spinner. “Let’s do everything we can to keep those little fingers busy,” he said. “Give them something less destructive to do.”