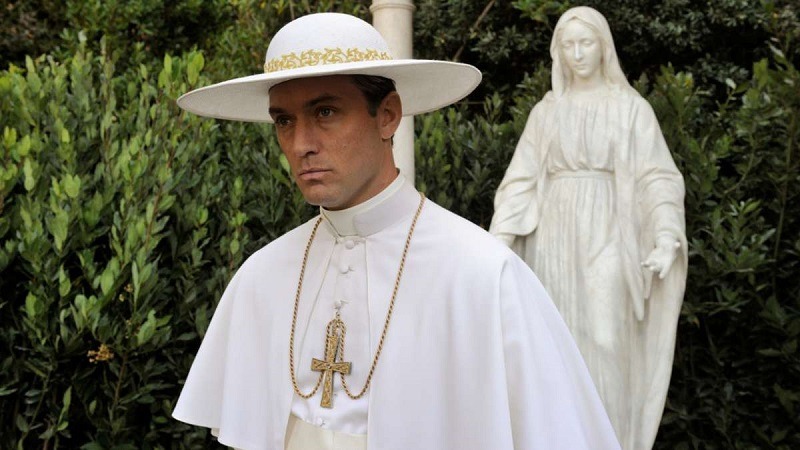 There’s a certain thing that only John Malkovich can bring to an acting role. Whether playing the sardonic Oswald Cox in Burn After Reading, the ice-cold creep of a Russian billionaire in Billions, or the plotting Valmont in Dangerous Liasons, Malkovich can disturb the balance of any fictional setting.

For the follow-up to Paolo Sorrentino’s The Young Pope, Malkovich will be bringing his talents to HBO. While fans of the show probably didn’t find any weirdness deficit in the first installment, Malkovich knows his way around a palace-intrigue plot like few actors in the business.

Judging by ongoing rumors and the image HBO released of Malkovich dressed exactly like Lenny Belardo (Jude Law), fans should brace themselves for a different supreme pontiff. Malkovich appears ready to take the ferula for Season Two, titled The New Pope.

With the show’s different title and HBO’s earlier press release on the second installment, producers wanted to telegraph that this season will be quite different from The Young Pope. Originally, no one could say if Law would return to the title role. In fact, HBO and Sky (which is co-producing) said they needed to cast the role of the pope.

When the production houses confirmed Malkovich came aboard, they noted Law would also return as Belardo.  Even though Sorrentino plans to run the franchise like Fargo (with different characters and storylines every year), The New Pope will have some continuity.

In fact, several familiar faces will join Law in the second installment. Cardinal Voiello, Belardo’s plotting shadow played by Silvio Orlando, will be among them. The same goes for Ludivine Sagnier, who played the Vatican guard’s wife who manages to tempt Belardo.

Still, the new faces provide plenty of room for speculation. In addition to Malkovich, Deadline reported that Mark Ivanir (Homeland) will have a recurring role on The New Pope. Rumors Sharon Stone has joined the cast upped the ante considerably.

Malkovich taking over at the Vatican 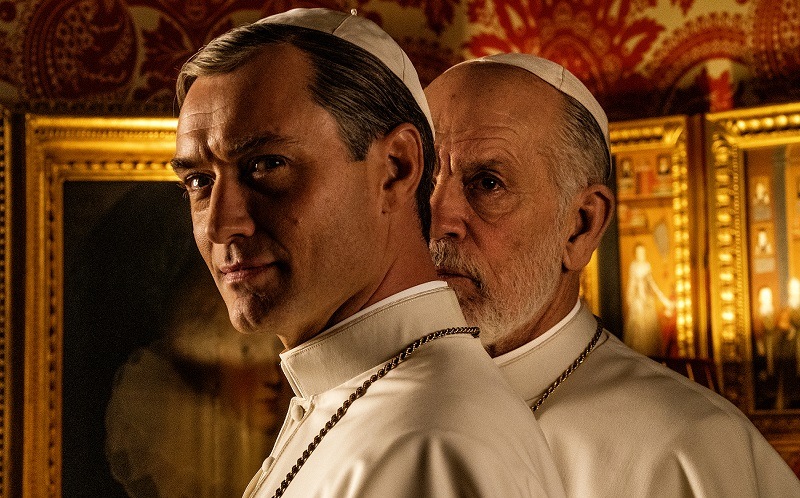 Jude Law and John Malkovich in ‘The New Pope,’ the follow-up to ‘The Young Pope’ | Gianni Fiorito/HBO

Even with those additions to the cast and returning stars, nothing compares to Malkovich’s move into the role of Holy Father of the Catholic Church. After watching Law struggle with earthly temptations and a loss of faith as Belardo, it’s beyond intriguing to wonder what Sorrentino and co-writers Umbaro Contarello and Stefano Bises have cooked up for Malkovich.

With much of the same production team behind The New Pope, we can be certain it will take as many risks as the first installment. If fans are lucky, we’ll find more miracles, more scandals, and more of the extraordinary ambiguity Sorrentino delivered in Season One.

What’s certain is that production has already begun. According to Variety, shooting began in Rome in November before heading to the U.K. and Venice. That would appear to set things up for a premiere some time in the second half of 2019.

However, we have to keep the scope of the production in mind when looking ahead. When The Young Pope debuted  overseas in late 2016, it took several months to reach HBO. (Beforehand, it played in dozens of countries, starting in Europe.)

HBO and London-based Sky may have the same schedule in mind for this year. Regardless of the date, once The New Pope arrives, it will go on the must-see list of prestige TV fans everywhere.