The Greatest Johnny Depp Movies of All Time

Johnny Depp has long since been a staple on the big screen, proving his versatility and fearlessness by taking on some of the most eccentric characters in film history. Though the actor has suffered some notable flops in his career, such as the spy spoof Mortdecai, he’s also seen his fair share of successes.

Here’s a look back at 10 of the most memorable roles from his career: 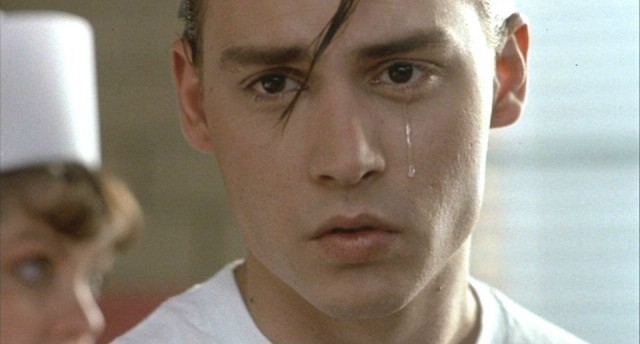 The 1990 John Waters-directed musical romantic comedy stars Depp as a 1950s teen rebel, “Cry-Baby” Wade Walker, the leader of a group of delinquents known as “drapes.” When Cry-Baby falls in love with a “square” from outside of the group, it throws the town’s subcultures into turmoil.

While the film wasn’t a huge box office success at the time of its debut, it has since become a cult classic and helped Depp prove himself as a film heartthrob. The film overall earned generally favorable reviews and Depp’s individual performance also spurred a positive reaction, with critics labeling him “a rockin’ revelation.” 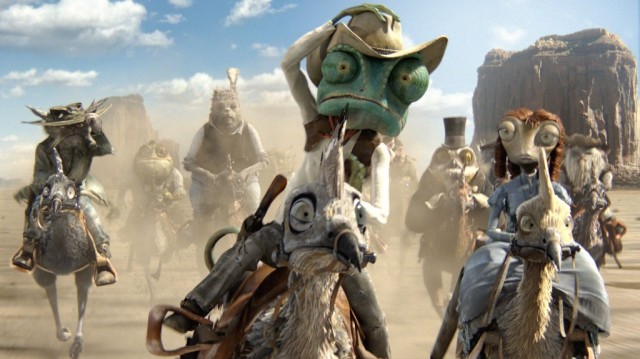 In this 2011 animated film, Depp lends his voice to the titular character, a chameleon house pet in the midst of an identity crisis who sets out on a road trip and ends up becoming a sheriff in the isolated, lawless Wild West town of Dirt.

It earned widely positive reviews, with Depp earning critical praise for a vocal performance that’s as lively and colorful as the actor himself. The film eventually won the Academy Award for Best Animated Feature. 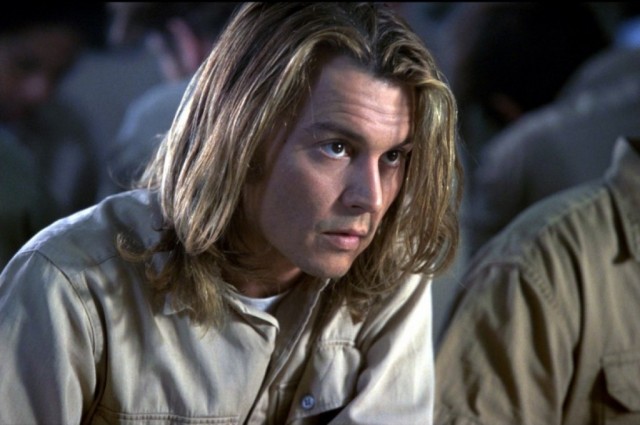 Adapted from Bruce Portner’s 1993 book of the same name, the movie follows the story of American cocaine smuggler George Jung in the 1970s. Though the film performed decently at the box office, it earned mixed reviews from critics, many of whom found problems with Jung as a subject. Still, Depp’s individual performance was much more well-received, with reviewers calling his depiction of the character “engaging” and “spellbindingly naturalistic.”

His portrayal remains an audience favorite, with moviegoers giving the movie an 87% fresh score on Rotten Tomatoes. 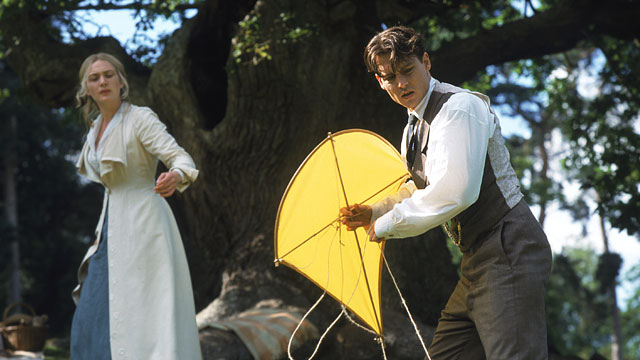 The semi-biographical film chronicles the story of playwright J.M. Barrie and the family who inspired his career-defining tale Peter Pan. Depp’s turn as Barrie, though understated (particularly after his flashy turn in Pirates of the Caribbean), was a fascinating one, with the actor bringing just the right amount of grace and charm to the real-life story. His depiction didn’t go unnoticed by critics.

The performance earned Depp Best Actor nominations at the SAG awards, the Golden Globes, and the Oscars. 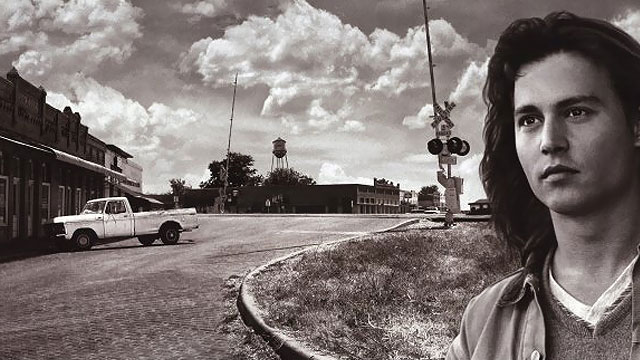 Based on the novel by Peter Hedges, this emotional tearjerker stars Depp as the caretaker brother of Arnie (a young Leonardo DiCaprio), who suffers from a developmental disability. The two live in Texas with their overweight mother, who gave up on life long ago after their father walked out on them. The movie’s honest portrayal of a struggling family in a small town earned overwhelmingly positive reviews.

Though DiCaprio earned most of the critical attention, Depp also deserves his fair share of praise for his pleasant, understated depiction, which proved the actor’s versatility even early in his career.

5. Fear and Loathing in Las Vegas 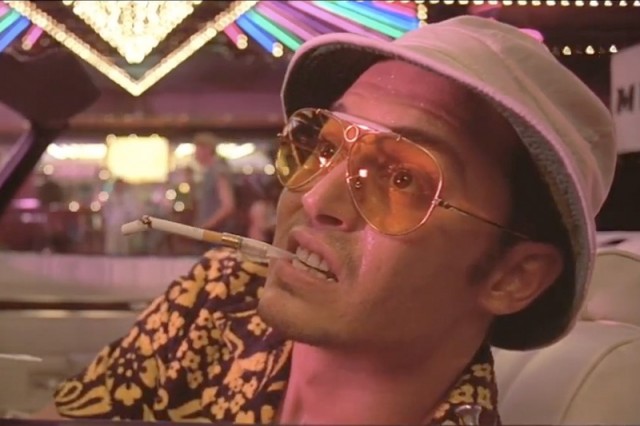 Based on Hunter S. Thompson’s semi-autobiographical novel of the same name, the 1998 movie follows the drug-fueled adventures of Raoul Duke (played by Depp) and his attorney, Dr. Gonzo (Benicio Del Toro) on the way to Las Vegas. In terms of box office revenue, the film tanked, grossing a measly $10.6 million domestically.

While the movie earned mixed, divisive reactions with critics at the time of its debut, reviewers still credited Depp’s strong performance for lifting a lacking plotline. In the years since its premiere, the movie has garnered a cult following (as evidenced by the 90% fresh audience rating it holds on Rotten Tomatoes). 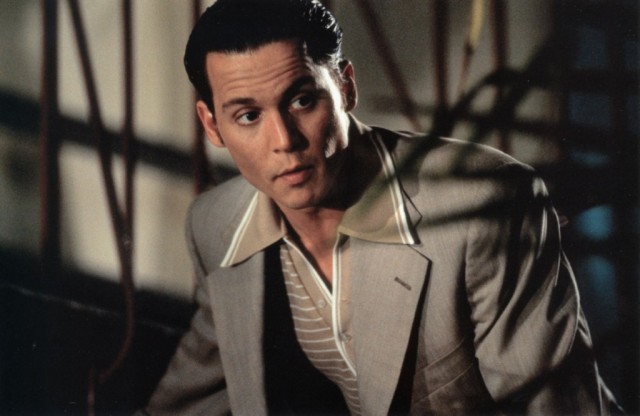 Depp takes on another real-life crime story as Joseph D. Pistone, an FBI agent who infiltrates the Bonanno crime family in New York City during the 1970s under the alias Donnie Brasco. Adapted from Pistone’s novel about his own experiences, the movie earned high praise, scoring an 87% rating on Rotten Tomatoes.

Critics singled out Depp’s top-notch performance in particular, praising his nuanced portrayal for adding believability to the film.

3. Pirates of the Caribbean: The Curse of the Black Pearl

Pirates of the Caribbean: The Curse of the Black Pearl | Disney

When it was first revealed that Disney was pursuing a film based on a theme park ride, no one had high hopes for the project. But the first movie of the franchise, The Curse of the Black Pearl, proved all the skeptics wrong, becoming a huge (if unexpected) success and grossing over $654 million worldwide. Depp’s unforgettable turn as the quirky, charming and hilariously over-the-top Captain Jack Sparrow was undoubtedly a big part of the appeal. The role showcased the actor’s impressive comedic timing, not to mention his ability to turn a standard anti-hero into a lovable character that moviegoers want to see again and again. His performance in the film was highly praised and it won him a SAG award, as well as Golden Globe and Oscar nominations. The character also remains one of his most memorable and widely recognized roles to date.

Depp’s continued to reprise his role in the next three installments, each of which have been less well-received than the first, but have continued to bring in big money at the box office. Another Pirates installment is reportedly hitting theaters in 2017.

The very first of many collaborations between director Tim Burton and Depp remains a fan favorite and one of their most critically acclaimed works. Depp stars as an artificial man named Edward, who is uncommonly gentle, despite having a creepy appearance and scissors for hands. He is taken in by a suburban family and ends up falling in love with their daughter (played by Winona Ryder). While Depp’s career may now be defined by the countless transformations he’s undergone and costumes he’s donned for various films, Edward Scissorhands is one of most memorable — and for good reason.

In addition to receiving an overwhelmingly positive critical response (the film currently holds a 91% fresh rating on Rotten Tomatoes) and solidifying the careers of both Depp and Burton, the 1990 film has continued to have an influence on modern movies. 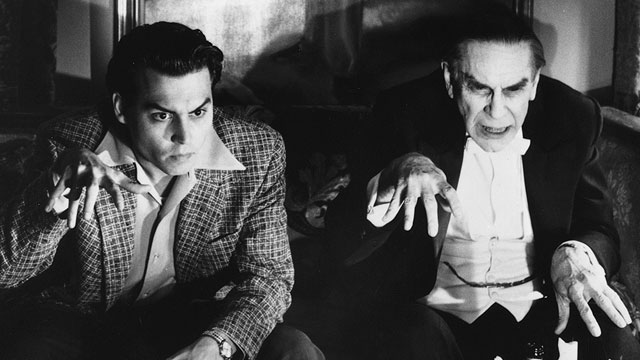 Directed by Tim Burton, the 1994 biopic stars Depp as cult filmmaker Ed Wood. The movie follows Wood during the period in his life when he made his most well-known movies and had a relationship with actor Bela Lugosi (Martin Landau). While not as popular as some other Burton-Depp collaborations, it proved that Depp could handle an eccentric role, even without all the flashy makeup and costumes.

Though the film ended up being a box office disappointment, it garnered universal praise from critics and audiences alike, and earned Depp a Golden Globe nomination.