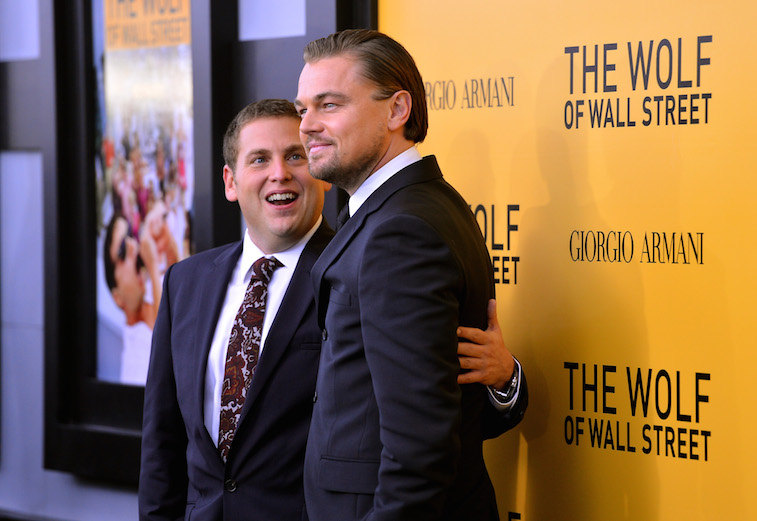 According to an exclusive report from Deadline, Clint Eastwood is courting a movie that would re-team The Wolf of Wall Street stars.

Leonardo DiCaprio and Jonah Hill made such a charismatic duo in Scorsese’s film, that every world-class director is chomping at the bit to work with them. The two actors had such a great time and so much success with working together on that movie, that they came on board as producers on this upcoming project in order to work together again — and now they’re trying to find someone to direct. After Eastwood’s awards and box office goldmine with this year’s American Sniper, he seems like just the man for the job.

The movie will see Hill playing Richard Jewell, the security guard credited with saving many lives at the 1996 Olympic Games in Atlanta when he cleared people from the area after discovering a suspicious backpack before the bomb within it exploded. Jewell was promptly plunged into a weird sort of hell after saving all those people when he was accused of being the terrorist who planted the bomb in the Olympic compound.

DiCaprio will play Jewell’s friend and lawyer, who helped him get cleared of terrorism charges despite only having experience in real estate closings. The improbable story was told in a 1997 Vanity Fair article, “The Ballad of Richard Jewell,” which was adapted into a screenplay by Oscar-nominated screenwriter Billy Ray.

Both Hill and DiCaprio earned Oscar nominations for their parts in The Wolf of Wall Street, with the acclaim coming in no small part from the two actors’ chemistry. The film was praised for being Scorsese’s return to classic form and The New York Times said Jonah Hill is “a manic, tubby Joe Pesci to Mr. DiCaprio’s Robert De Niro” in his role as the lackey. Hill famously had to lobby hard and take a huge pay cut to get the part, but it made his career as a serious actor. Their parts as depraved Wall Street stockbrokers couldn’t be further from the heroic figures they’ll be playing in this next movie, but their obvious chemistry as actors unafraid to take risks together will benefit them regardless of the material.

As for Eastwood, the filmmaker recently scored six Academy Award nominations and one win for the controversial Iraq War biopic American Sniper. Rare for an awards season darling, the movie was also hugely successful at the box office, grossing over $500 million worldwide, according to Box Office Mojo. Though Sniper was mired in political controversy, Eastwood coaxed Bradley Cooper into what was pretty much unanimously praised as the best performance of his career. Any actor would love to have a film succeed both at the box office and during awards season, so if a deal can be worked out, it’s likely Eastwood will get the gig.

Aside from the surface success of American Sniper, the movie has something in common thematically with the planned project from Hill and DiCaprio. Jewell was put on trial for suspected terrorism and only released by the FBI after three months of hell and vilification by the media. In some circles, the sniper Chris Kyle, who serves as the subject of American Sniper, is a similar falsely vilified hero. For others, the film served as a gross romanticization of a sociopath. Eastwood will likely take a unique angle on the story, and with Hill and DiCaprio in the lead roles, this is sure to be an awards season contender.