Judd Apatow’s New Female Comedy Could Be the Next ‘Bridesmaids’ 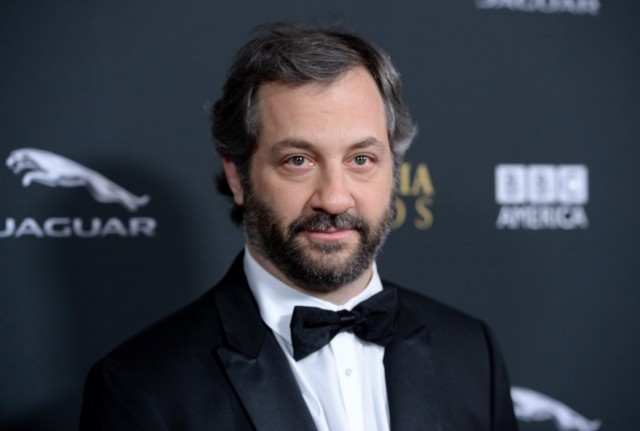 Judd Apatow is officially teaming up with actress Laura Dern for his next film. The duo is reportedly working on a female-driven ensemble comedy with a sports-themed twist for Universal Pictures.

It seems Apatow and Dern are looking to switch up the sports film genre by looking at it from a women’s perspective. According to The Hollywood Reporter, the well-known film director and the Wild actress are set to co-produce the still-untitled movie, which will take place in the “world of obsessive female football fans.” Though not much else is known about the movie’s plotline at this point, THR reports that Dern is the one who came up with the concept and brought it to comedy veteran Apatow.

Even without any specific details, the project certainly seems like an exciting prospect. While the mention of an Apatow-backed female ensemble comedy immediately brings to mind the Paul Feig 2011 smash hit Bridesmaids (which Apatow served as a producer on), the premise of this forthcoming movie sounds refreshingly original. Though there are plenty of football-centered movies out there, not many chronicle the story of the sport’s female fans, and it’s hard to think of a better duo to make it happen than a talented team like Apatow and Dern.

While it still remains unclear whether Dern plans to star in the film or if Apatow plans to direct, their backing of the film makes for a promising start. Many of Apatow’s comedies are controversial by nature and not all have been particularly well-received, but the director has helped successfully launch several female-driven projects.

Aside from his producing work on Bridesmaids, Apatow also serves as an executive producer on Lena Dunham’s hit HBO series Girls, which is entering its fourth season in January. He’s also directing comedian Amy Schumer’s highly anticipated Trainwreck, which she wrote and will mark her first starring film role.

Meanwhile, Dern showed off her comedy-drama acting chops in Enlightened, the HBO show that she co-created and starred in. This year, she starred alongside Shailene Woodley in the hit YA adaptation The Fault in Our Stars and also played the wife to legendary football coach Bob Ladouceur (Jim Caviezel) in When the Game Stands Tall – another sports-themed flick that may served as inspiration for her and Apatow’s upcoming project. Next up, she will co-star with Reese Witherspoon in Jean-Marc Vallee’s upcoming potential Oscar contender Wild and with Andrew Garfield in the indie drama 99 Homes, both of which screened at the Toronto International Film Festival earlier this year.

But though Apatow and Dern make for a formidable team, they aren’t the only notable members driving their new project. Bridesmaids producer Barry Mendel is on board, as well. Per THR, the pair has also enlisted Pam Brady to write the screenplay. Brady has a long history of successful comedies behind her, having spent years writing for South Park and teaming up with the long-running show’s creators Trey Parker and Matt Stone for South Park: Bigger Longer and Uncut Team America: World Police. She also co-wrote the 2008 indie comedy Hamlet 2.

The project is still in its early stages, but the impressive team behind it signals big potential. With the right casting, the movie could make for another Bridesmaids-level hit.