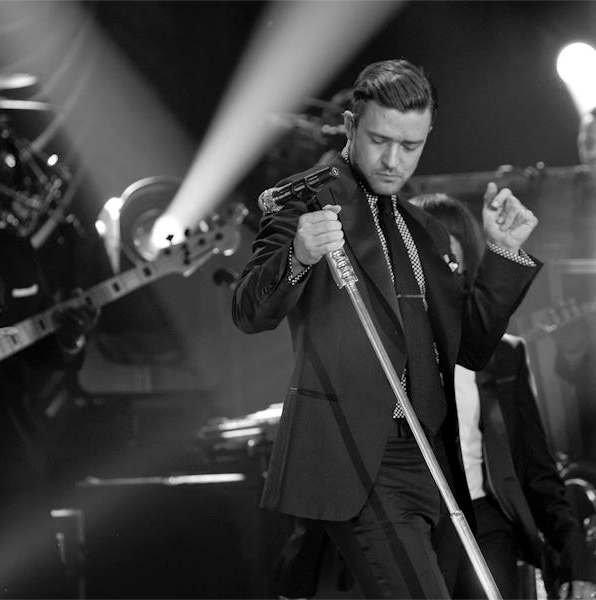 Timberlake made a huge comeback into music in the last year after a long hiatus that saw the star focusing on his film career. Some even thought that the former boy band leader who rose to fame as a member of ‘N Sync in the 1990s might give up music for good until he released his double album The 20/20 Experience last year. Timberlake won seven Billboard Music Awards, including Top Artist, Top Male Artist, Top Billboard 200 Artist, and Top Billboard 200 Album. This is only the latest music awards ceremony that Timberlake has swept this year. The 20/20 Experience has racked up awards at almost every major ceremony of the year.

The rock band Imagine Dragons came in behind Timberlake with five awards, including Top Hot 100 Artist, Top Duo/Group, and Top Rock Artist. The band performed their single “Tiptoe” at the ceremony.

Robin Thicke’s controversial but catchy “Blurred Lines” won four trophies: Top Hot 100 Song, Top Digital Song, Top Radio Song, and Top R&B Song. “Blurred Lines” gained radio airplay from its infectious melody and notoriety from its racy music video, questionable lyrics regarding sexual consent, and a performance of the song at the MTV Video Music Awards in which Miley Cyrus infamously twerked on Thicke. Virtually unknown for any other music at this point, Thicke used the awards show as an opportunity to perform his new single “Get Her Back.”

Billboard also gave away some legacy-style awards to artists who seem too young to be receiving such honors. Country music superstar and former American Idol winner Carrie Underwood received the Milestone Award and performed a duet of the song “Somethin’ Bad” with Miranda Lambert. Jennifer Lopez received the Icon Award after performing her new song “First Love.”

“Music was always my first love,” Lopez said before thanking everyone who helped her grow through 10 albums’ worth of work.

Katy Perry, who performed her hit “Birthday” remotely via satellite, took home the award for Top Female Artist. Lorde won Top New Artist, and her inescapable hit “Royals” was named Top Rock Song. Miley Cyrus was named Top Streaming Artist and also performed remotely, playing a cover of the Beatles’ “Lucy in the Sky With Diamonds” with the Flaming Lips.

The awards show was hosted at the MGM Grand in Las Vegas by rapper Ludacris. The Billboard charts are compiled using data from Nielsen Soundscan measuring radio airplay, music purchases, and online streaming to determine the most listened-to music of the moment. The Billboard Music Awards were granted based on data compiled between March 11, 2013 and March 9, 2014.