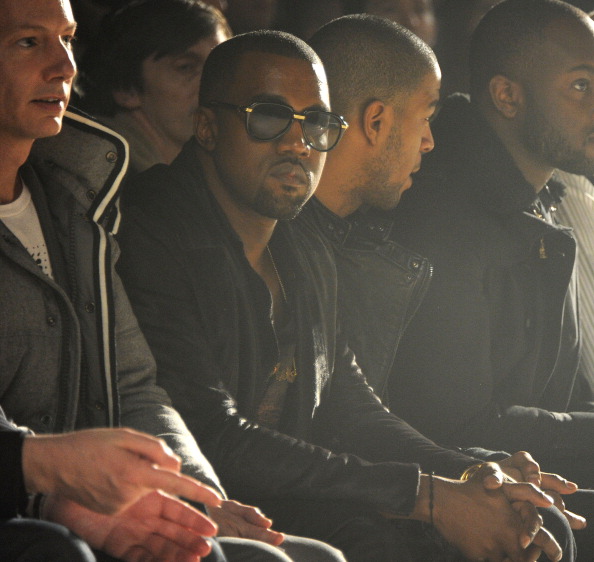 I think we can all recall President Barack Obama calling Kanye West a “jackass.” It’s not every day you hear the president elect dish out an unintendedly public response to the Video Music Awards, shown below, ending with a unfulfilled request of “come on guys, cut the president some slack.”

Of course, before getting to Kanye West’s recent backlash at the President in a radio interview, it’s notable to point out that Obama has jokingly given more than a few Hollywood folks a hard time, and has been fairly relaxed about celebrity appearance compared to some of his predecessors.

For example, his appearance on Zach Galifianakis’ show “Between Two Ferns,” or his “Slow Jam the News” bit with Jimmy Fallon. He even hit Donald Trump and Hillary Clinton pretty good at his Correspondents Dinner speech in 2012, saying, “My fellow Americans, we gather during a historic anniversary. Last year at this time, in fact on this very weekend, we finally delivered justice to one of the worlds most notorious individuals,” followed by a picture of Donald Trump flashing across the screen. For Hillary Clinton, a favorite possibility for the 2016 presidential election, he spoke on their changed relationship since the last election, saying, “Despite many obstacles, much has changed during my time in office. Four years ago I was locked in a brutal primary battle with Hillary Clinton. Four years later she won’t strop drunk texting me from Cartagena.” Finally, who can forget his hit toward Matt Damon in 2011, saying, “Matt Damon said he was disappointed in my performance. Well Matt, I just saw the The Adjustment Bureau, so right back at you buddy.”

Now, back to Kanye West. What with everything going on in the United States with elections and home based economic concerns, as well as internationally with Iraq, Russia, and Syria, the President’s preference between Jay-Z and Kanye is hardly the most salient piece of news. Obama pointed this out in a way, discussing Donald Trump’s firing of Gary Busey over Lil Jon and Meatloaf on an episode of Celebrity Apprentice in 2011, saying, “These are the kinds of decisions that would keep me up at night. Well handled, sir! Well handled.”

But as his humorous Correspondents Dinners have proved time and time again, sometimes you’ve got to loosen up a bit with all the serious and vital political activity going on. Not everyone can have an affair with a famous actress like French President François Hollande — some world leaders have to call Kanye a jackass a few times. It has indeed been a few times. In an interview with GQ, he said he’d take Jay-Z over Kanye, but added, “I like Kanye. He’s a Chicago guy. Smart. He’s very talented,” but reiterated that, “He is a jackass. But he’s talented.”

Kanye had his own harsh words for the President last week on Power 106 FM, saying of Obama — according to The Daily News — “You can’t effect change from inside the White House like that … You gotta have the money,” then changing gears shortly after, saying, “Good ideas usually aren’t connected to money as much … Creativity and extreme genius are extremely cheap.” He waxed narcissistic, saving the poetics for Yeezy’s next album, saying, “You do not want to go against the power,” and “I’m working on one mission, and that’s a mission from God.”