Kate Hudson: Every Juicy Detail We Know About Her New Man and Baby No. 3

Kate Hudson is pregnant with baby No. 3! She revealed in a surprise Instagram post on April 6, 2018 that she and her boyfriend, Danny Fujikawa, are expecting a baby girl. Although they were “trying to keep this pregnancy under the radar for as long as possible,” they decided they’re now ready to share their exciting news with the world.

Hudson seems to be over the moon to be having a baby with Fujikawa. But who is this new man of hers, anyway? Here’s everything we know about her relationship with Fujikawa and the details we know (so far) about their baby on the way.

1. Hudson and Fujikawa go way back They’ve been friends for many years. | Danny Fujikawa via Instagram

Hudson and Fujikawa are a relatively “new” couple, but they actually go way back. Hudson revealed during an appearance on The Talk, “We’ve known each other for 15 years; he’s my best friend’s stepbrother.”

She added, “We kinda skipped through the part of knowing what the hiccups were. You kinda skip the part of going, ‘Oh, you’re like that?’”

Their connection is “really powerful,” according to Hudson, which she attributes to knowing each other (and each other’s families) for what feels like forever.

Next: This is when they started dating. They celebrated their first anniversary in December 2017. | Kate Hudson via Instagram

Hudson took to Instagram to celebrate their first year as a couple, and it was seriously adorable. She shared on Dec. 3, 2017, “Happy first date anniversary baby,” putting their first date on the map as December 2016.

Hudson explained, “On our 15th year of knowing each other we were able to open our hearts to each other to feel so much pure love and it’s been truly incredible.”

Next: They had this totally unexpected first date.

3. They had a totally PG first date She didn’t even know it was a date. | Kate Hudson via Instagram

In Hudson’s one-year anniversary Instagram post, she shared their “unexpected first date” and how long it actually took him to make a move on her:

A year ago today Danny took me on a hike and what I thought was just a hike with a family friend turned very quickly into an unexpected first date. No moves were made on this first date. In fact, it took months for him to make a first move! And as a kiss on this bridge would have been nice, the kiss a year later was so much sweeter.

Next: This is (one of the many reasons) why Fujikawa is right for Hudson.

4. Fujikawa is just her type They have a lot of fun together. | Kate Hudson via Instagram

Fujikawa seems to be just Hudson’s type. Why? He’s a musician. According to People, he founded Lightwave Records and was a singer and guitarist for the Los Angeles-based band, Chief.

A source close to Hudson revealed to People, “Kate’s a free spirit who has always been attracted to musicians.” They added, “But Danny also appeals to her because he is talented, bright, and cosmopolitan like she is.”

Next: Fujikawa even got this stamp of approval. 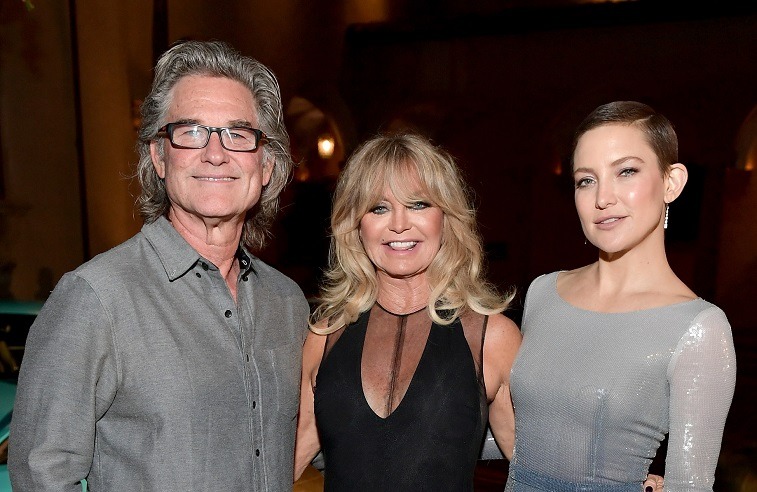 Fujikawa even got the OK from Hudson’s mom, Goldie Hawn, and her partner, Kurt Russell. Entertainment Tonight spoke with the longtime celebrity pair in May 2017, who raved about Hudson’s new man.

Next: Their pregnancy wasn’t exactly a surprise to them.

6. They were reportedly trying to get pregnant The couple has been planning to expand their family. | Kate Hudson via Instagram

Hudson’s pregnancy may have been a surprise to us, but this was actually the couple’s plan for quite some time, apparently. A source told People, “They are very happy. They have been trying to get pregnant.”

Just before the couple’s early April pregnancy announcement, Hudson spilled that she was hoping to start a family with Fujikawa. On Mar. 26, 2018, when Hudson was asked if she’d like to have children with her boyfriend, she admitted, “I’d like to! I’m not done yet. A girl would be fun.”

Next: They’ve had different paths in preparing for this next step.

7. This will be Hudson’s third child, but Fujikawa’s first She shared a video of her, Fujikawa, and her sons learning that she’s pregnant with a girl. | Kate Hudson via Instagram

A new baby will be a big adjustment for Fujikawa, as this will be his first time as a father. Hudson, however, already has two other children. She shares her oldest child, Ryder, with her ex-husband, Chris Robinson. She’s also the mother to Bingham, who she had with her ex-fiancé, Matt Bellamy.


They’re definitely looking forward to embarking on this journey together, as Hudson noted in her pregnancy announcement post, “My kids, Danny, myself and the entire family are crazy excited!”