Kate Middleton Might Not Be at Princess Eugenie’s Wedding, Here’s Why 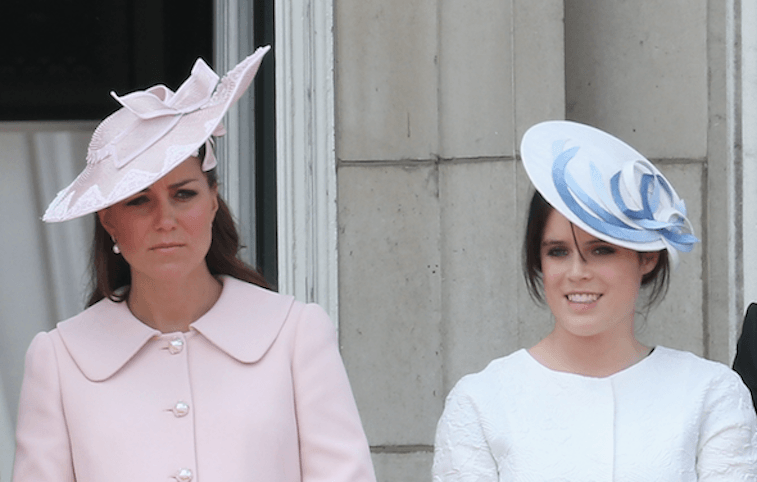 Princess Eugenie and Jack Brooksbank are finalizing their wedding plans. Excitement is building as everyone prepares for the second royal wedding of 2018. However, one very important guest might not show up. Rumor has it that Kate Middleton might not go to Eugenie’s wedding. Why could the royal be absent and what could keep her from attending?

Here’s the reason Kate Middleton might not be at Princess Eugenie’s wedding.

According to the U.K.’s Express, Kate Middleton might have to choose between two conflicting events. Right now, it seems Princess Eugenie’s October 12th wedding could coincide with the birth of Pippa Middleton’s first child. Chances are, Kate would want to be by Pippa’s side during a big moment like this. The sisters appear to have a tight bond, as Pippa was the maid of honor at Kate’s 2011 wedding.

When is Pippa Middleton’s baby due?

Pippa’s due date is unclear right now. Says the Express, “[Pippa’s] due date is at some point in October, although the exact date has not been announced.” What is known is that Pippa will be nine months pregnant when Princess Eugenie and Jack Brooksbank get married.

Getting ready for baby

In a recent column for the U.K. publication Waitrose Kitchen, Pippa said she didn’t experience severe pregnancy sickness, or Hyperemesis Gravidarum, like her sister, Kate. “I was lucky to pass the 12-week scan without suffering from morning sickness. That meant I was able to carry on as normal and continue most of my sports with better knowledge,” said Pippa.

Chances are slim Pippa will attend Princess Eugenie’s wedding. Although Pippa was at the wedding of Meghan Markle and Prince Harry, her appearance would be unlikely given the close due date. One thing that is for sure is there will be lots of star power. Some of the guests who will likely attend Princess Eugenie’s wedding include singer Ellie Goulding, the Beckham family, George and Amal Clooney, and singer James Blunt, reports Hello! magazine.

Also, like Prince Harry and Meghan, Princess Eugenie and Jack will take a horse-drawn carriage ride after their wedding ceremony. Members of the public will be allowed to join the celebration. According to Kensington Palace, the couple announced they will allow 1,200 people from across the United Kingdom to come to the grounds of Windsor Castle to participate. “The attendees will view the arrival of the congregation and Members of the Royal Family, listen to a live broadcast of the Marriage Service and watch as the Bride and Groom depart St George’s Chapel at the end of the ceremony,” said the announcement.