Katie Holmes and Jamie Foxx Hold Hands | Was Their Relationship a Secret?

Katie Holmes and Jamie Foxx spent a day holding hands on a sandy Malibu beach – seen together as a couple for the first time after four years of dating rumors. TMZ posted a video of the two walking in the surf and reported the two have allegedly been a couple since 2013.

Katie Holmes looks like the damsel in distress whose been rescued by Prince Charming from the Evil King. Get your happily ever after, girl. pic.twitter.com/smpsP29Ueq

The two movie stars have been mum about their relationship amid speculation and rumors since 2013. Holmes split from husband Tom Cruise in 2012 after six years of marriage. Photos of the recent walk on the beach show Holmes, 38, in a knee-length blue dress along with a hat and sunglasses. Foxx, 49, wore a black t-shirt and Adidas workout pants. The two walked barefoot in the waves, with Foxx venturing in knee-deep.

Last year, the Dawson’s Creek alum and Fox attended a Barbara Streisand concert in New York City together and celebrated Holmes’ birthday with a trip to Cabo San Lucas, Mexico, reported US Weekly. Last May, Holmes visited Foxx in Paris when he was filming a “Robin Hood” remake movie. 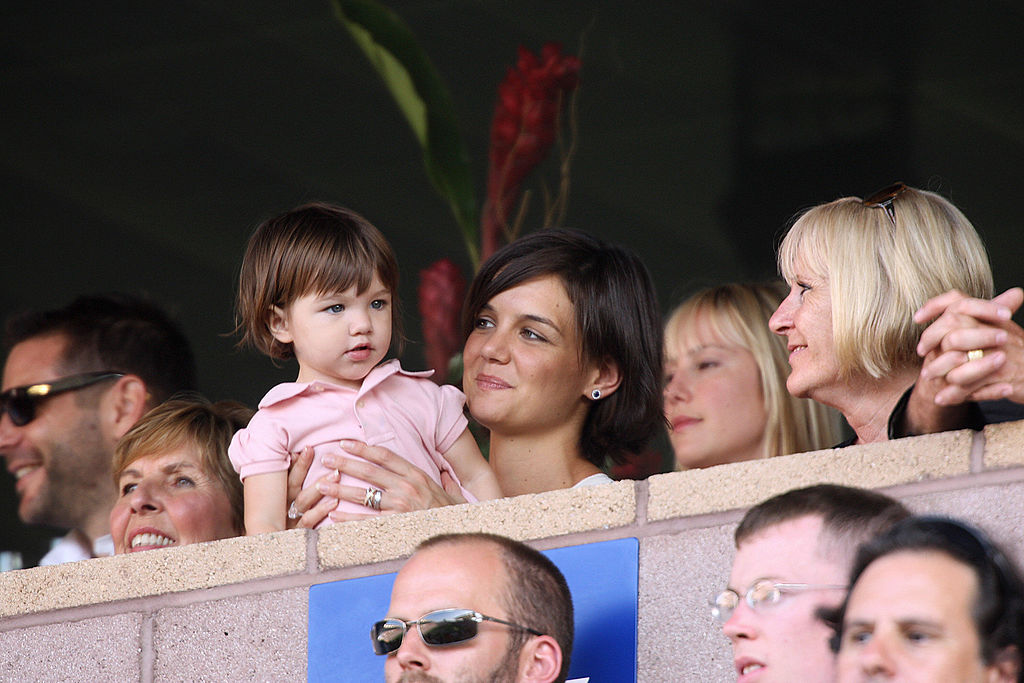 Katie Holmes holds her daughter Suri Cruise as they watch the Chelsea FC vs LA Galaxy match at the World Series of Soccer, 21 July 2007 in Carson, California. | Robyn Beck/AFP/Getty Images

Speculation as to why the pair may have been dating yet kept it under wraps over the years includes the rumor that a clause in Holmes’ 2012 divorce settlement with Cruz states that Holmes would not “embarrass” her ex by not publicly dating other men for five years after the divorce. 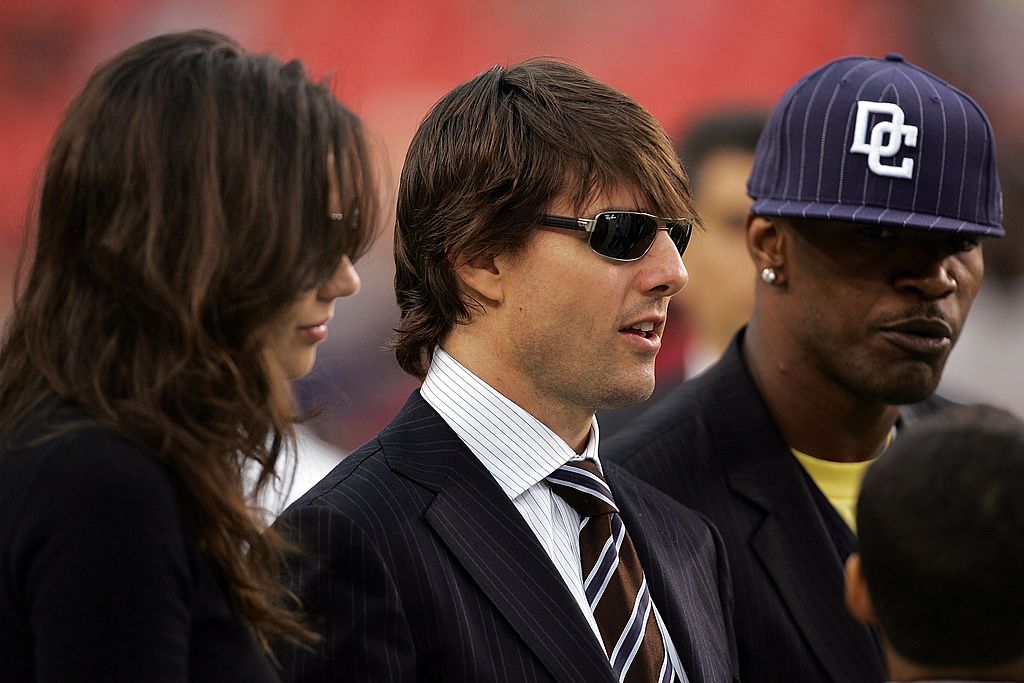 Tom Cruise, Katie Holmes and Jamie Foxx stand on the field before a game between the Minnesota Vikings and the Washington Redskins during the first Monday Night Football game of the season on September 11, 2006 at FedEx Field in Landover, Maryland. | Win McNamee/Getty Images

Fans expressed excitement on Twitter about the Holmes and Fox going public with their relationship.

KATIE HOLMES AND JAMIE FOXX. I AM LIVING. GET THAT FREEDOM. ENJOY THAT BEACH. WEAR THOSE HATS. YES. GET IT. ALL. pic.twitter.com/EHUfC6u0W4