Kenny Chesney announced a 2018 Trip Around the Sun concert tour Wednesday, during which he will play 18 shows between April and August. The country music star will be joined by Thomas Rhett, Old Dominion, and Brandon Lay, who will open the shows. 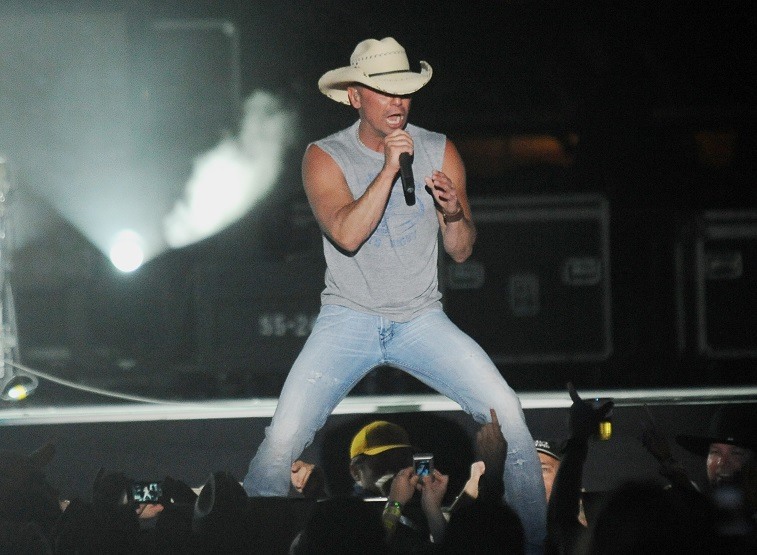 Kenny Chesney announced an upcoming 2018 tour, “Trip Around the Sun,” duirng which the country music singer will play 18 shows around the United States. | Robyn Beck/AFP/Getty Images

Chesney’s final tour stop on Aug. 24 at Gillette Stadium in Foxboro, Mass. will include Dierks Bentley, Brothers Osborne, and Brandon Lay. The “Setting the World on Fire” singer posted a video on his website announcing the tour, in which he appeared in some of the stadiums. “To say I miss the stage would be an understatement,” Chesney said in the video. “But not just the stage. I miss the energy, the passion, the spirit of No Shoes Nation and every thing you bring to my shows and to my life.”

Chesney announced the upcoming tour in a press released and included a statement there as well: “There’s nothing like a stadium full of people coming together to remind you what life’s about. The energy, the moments, the fun. Every single one of these artists who’re coming out with us for Trip Around the Sun live their lives the exact same way: they work hard, they appreciate what they’re given and they love music every bit as much as they love life. I, personally, can’t wait to see this show hit the road.”

Below is a list of all the tour dates and locations on the 2018 tour: