Kerry Washington Goes From ‘Scandal’ to Even More Powerful Role 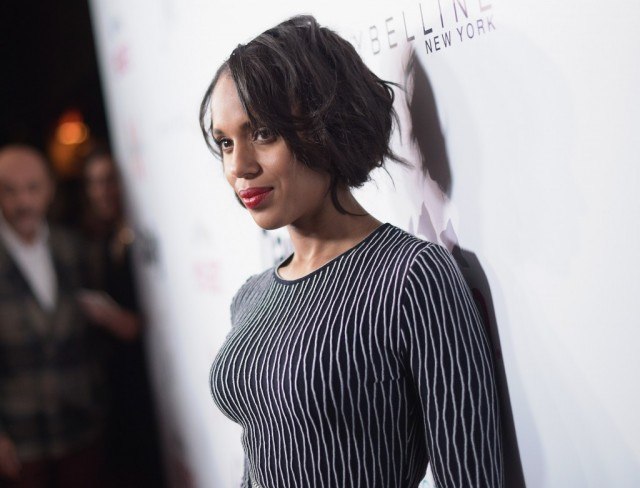 Kerry Washington has become known for playing a strong and influential female character on ABC’s Scandal, but she’ll soon take on another powerful role, based on a real-life figure. The actress has reportedly signed on to play Anita Hill in a television movie for HBO, called Confirmation.

According to The Hollywood Reporter, Confirmation will chronicle the story of the explosive 1997 Clarence Thomas confirmation hearing, in which Hill accused the Supreme Court nominee of sexual harassment. During the hearing, Hill, a law professor and former assistant to Thomas, testified that he had made inappropriate advances and lewd comments toward her during her time working for him. Though Hill’s allegations did not prevent Thomas from getting a seat on the Supreme Court, her testimony sent shockwaves throughout the country and changed the way people thought about sexual harassment (then a taboo issue) and modern-day race relations. Hill currently continues to work as an attorney, often covering cases like hers, and is also a professor of social policy, law and women’s studies at Brandeis University.

In addition to starring as Hill, Washington is also set to executive produce the movie. Academy Award-nominated writer Susannah Grant (Erin Brockovich) will pen the script and co-executive produce the drama. While a director for the developing film has not been set just yet, THR reports that Rick Famuyiwa (Sundance hit Dope, The Wood) is in talks to helm the biographical picture. Though no premiere date for Confirmation has been confirmed, the film will reportedly start shooting during Washington’s hiatus from Scandal.

This isn’t the first time that Hill’s part in the Thomas hearing has been the subject of a film. The 2013 documentary Anita, directed by Freida Lee Mock, also chronicled her experience with Thomas and the scandal that followed her testimony.

Confirmation is only the latest in HBO’s effort to build up their roster of original films. The network is developing an adaptation of Bryan Craston’s Tony winning show All the Way, with director Jay Roach attached. Also on its upcoming schedule is the Elizabeth Banks- and Paul Giamatti-starring “Battle of the Sexes” film, chronicling the legendary match between tennis legends Billie Jean King and Bobby Riggs.

With this role, the actress is adding another project to her already jam-packed upcoming schedule. In addition to reprising her role on Scandal (which is considered a shoo-in for a fifth season renewal at ABC), Washington is also scheduled to star in two upcoming feature films. She will play a bride-to-be in the romantic comedy, Is He The One. In December, it was also announced that Washington will star alongside Kate Hudson in the Amma Asante–directed drama, Unforgettable. Neither film has a scheduled premiere date yet.