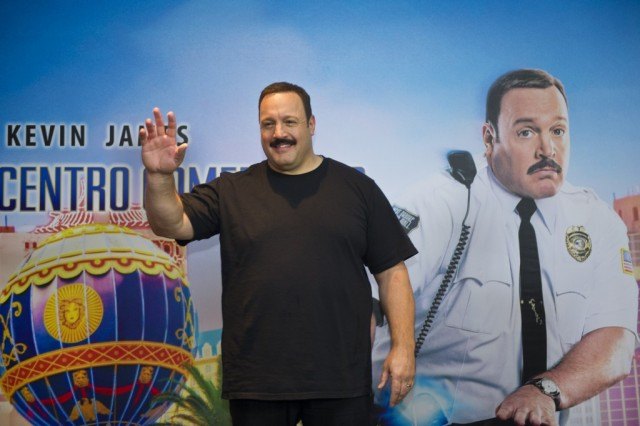 Kevin James is about to make a television comeback. The actor, who previously starred on the CBS sitcom The King of Queens, will return to the network for a new, still-untitled comedy expected to air next year.

According to Deadline, CBS has given a 13-episode production commitment to the new series, which will star James as a newly retired police officer. The show will follow his character as he leaves behind his cop duties and looks forward to spending more quality time with his wife and three kids… until he discovers that he faces much tougher challenges at home than he ever did on the streets.

In addition to starring in the series, James will co-write with former King Of Queens executive producer and frequent collaborator, Rock Reuben, and sitcom veteran Bruce Helford. Helford, who co-created The Drew Carey Show, George Lopez, and Charlie Sheen’s Anger Management, will serve as showrunner. He will also co-executive produce alongside Reuben and Jeff Sussman (who also worked on The King of Queens).

The project is a result of James’s two-year first look deal at Sony TV, which he inked back in April for his Hey Eddie production banner. Per Deadline, the deal included a clause requiring the development of a sitcom project for him to star in.

For James, the show will mark his first regular role on the small screen since The King of Queens ended its nine-season run in 2007. The former CBS series turned James (who also formerly held a recurring role on Everybody Loves Raymond) into a household name and remains a rewarding property for producer Sony TV even now, thanks to continued syndication.

Meanwhile, James has turned his focus to feature films over the last several years. He nabbed his first major movie role in 2005’s rom-com Hitch and followed that up with comedies like 2007’s I Now Pronounce You Chuck and Larry, 2012’s Here Comes the Boom, and this year’s Pixels. He also has lead roles in the franchises, Grown Ups and Paul Blart: Mall Cop – both of which, while critically panned, have proven to be hugely popular at the box office. Now, it looks like he’s ready to get back to his TV roots.

“We’re beyond thrilled to be back in business with Kevin James!” CBS Entertainment president Glenn Geller said in a public statement. “He’s an incredibly talented star on every screen and every stage, who appeals to a broad audience. We can’t wait to start working with Kevin and the amazing comedy talents of Bruce Helford and Rock Reuben on this exciting new project.”

Whether this latest TV series will prove to be as successful as The King of Queens was for both James and CBS remains to be seen, but the network seems to have high confidence in the project. Though the show hasn’t received an official series order just yet, the channel’s multi-episode production commitment makes it highly probable that the project will eventually get picked up to air. Should things go as planned, the show would be slated to premiere during the 2016-17 season.