Kevin Smith Reveals Which Scene Made Him Cry in ‘Avengers: Infinity War’

Critics have their thoughts when it comes to Avengers: Infinity War, but what about the super fans? Some of them have been sharing their opinions on the movie on social media. But one of the most famous fans, director Kevin Smith, has also seen the movie and is ready to give his verdict on it.

The Cheat Sheet caught up with Kevin Smith outside the SVA Theater at the Tribeca Film Festival and asked him about his thoughts on the new Marvel movie and what he is looking forward to most of Marvel’s Cinematic Universe. Here are seven things you should know, including the scene that made him cry. 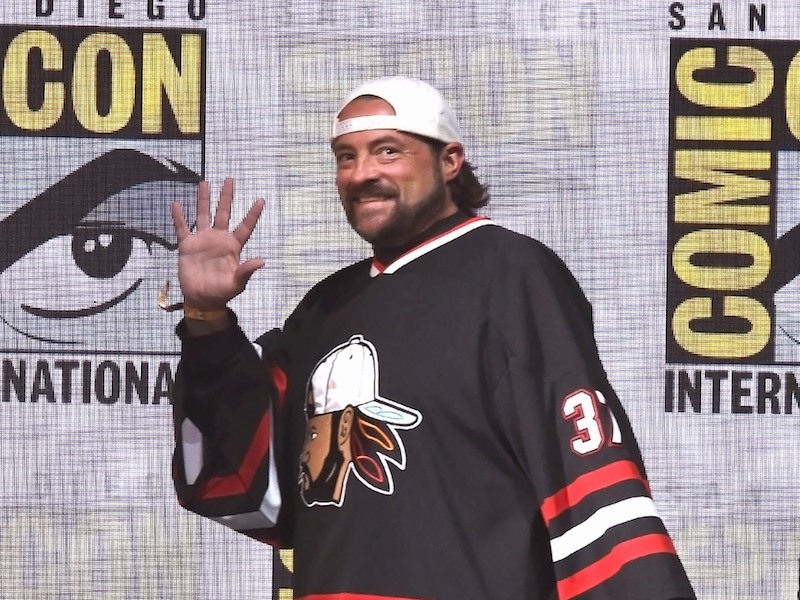 Most people know that Smith is a lifelong comic book fan. He has the television show, Comic Book Men, where he talks about all things comics in his comic and collectibles shop in Red Bank, New Jersey. He has also been involved with adaptions by directing episodes of The Flash and Supergirl.

Smith recently wrote about the experience of directing The Flash for Entertainment Weekly. He was actually selected after he posted a video of him crying from watching an episode. He wrote:

The Flash producers plotted [an episode] where I came on and Barry is gone, essentially dead and in the speed force. It was like doing an episode in heaven. Nobody calls it that in the show, but we’re in the afterlife. For some reason that is just so up my alley, particularly the emotional stuff. I think they might have seen the video of me crying and said, ‘He’ll be able to do this episode.’

So what did Smith think about Avengers: Infinity War and what got him equally as emotional?

Next: Smith says this about Infinity War.

2. Smith says Avengers: Infinity War lives up to the hype

Talking to The Cheat Sheet about his thoughts on Infinity War, Smith expressed :

Next: Smith reveals the moment he is still in awe of.

3. Smith is still in awe of this ‘magical moment’ 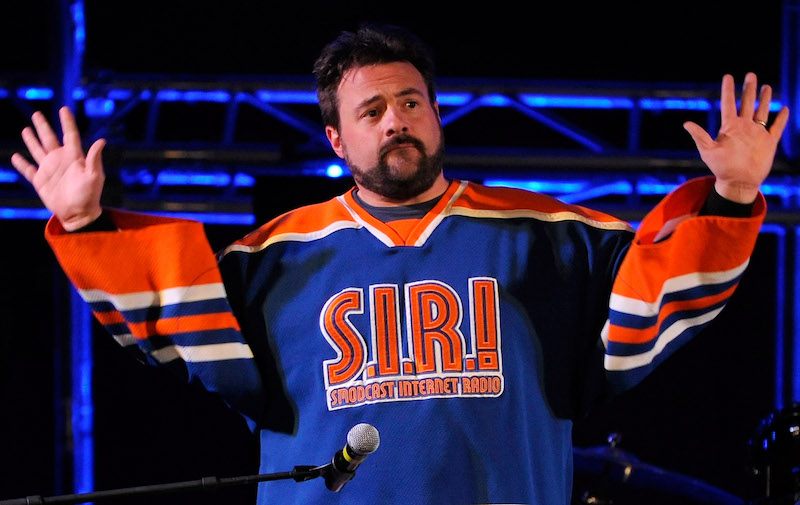 Most fans know by now to stick around for the post-credit scene. Smith talked about when he did so there was a magical moment, “The last image post-credits, the very last thing you see before the lights come up is one of the most magical moments in movie history because it shows you the future and the future looks bright.”

Next: Smith says this is the next Marvel movie he’s most excited for.

4. He is most looking forward to Captain Marvel

As for the movie he’s most excited to see from Marvel next, Smith said,  “Naturally, Avengers 4 when they finally title it. I heard that Kevin Feige is talking about maybe doing Nova. That’d be amazing. But Captain Marvel right now, that’s the one I’m most looking forward to.”

Why? “It’ll be Marvel’s first female-driven movie so that’s kind of the future,” he said.

Next: Smith says he cried at this one scene.

5. He cried from the post-credits scene

He got a little emotional.  | Frederick M. Brown/Getty Images

Smith says he “cried” during the very last scene in the movie after the credits. Of the final moment, he said, “Come on, man. That was huge. That’s everything. That’s the future right there. That’s so beautiful.”

Next: What does he mean by Avenger 4′s lack of title?

6. Avengers 4 reportedly won’t reveal its title because of potential spoilers

Smith is right that Avengers 4 hasn’t really been titled for a specific reason, according to Kevin Feige. When Cinema Blend asked if it was because the title would include a spoiler, he answered, “Yeah, for sure.”

When pressed further if Thanos will appear in it, he answered, “They’re two very different movies. That’s all I’ll say.”

Next: Feige talks about how talking about the untitled movie backfired on him.

Feige’s quote about the reason behind the untitled movie created a lot of speculation so he seemed to regret it.

“I’ve said before, it’s gotten entirely out of hand. And now we will have no chance to live up to any expectations of what it’s gonna be,” he told IGN. “It sort of backfired, if I’m honest with you, because the notion was to not talk about it so the focus was to be on [Infinity War].”

Next: This nostalgic thing will be in Captain Marvel.

8. Feige teased 90’s video stores will be in Captain Marvel

A blast from the past | Jesse Grant/Getty Images for Disney

The director also teased a little bit about the upcoming Captain Marvel movie that Smith is so looking forward to.

“In the ’90s there were things called video stores,” Feige said according to Variety. “You could go into video stores and you could pick up VHSs and decide what movies you wanted to go see. I miss that. That was fun. We’re doing certain sets that look like that and it’s fun to be back in that era because I’m old.”

Next: This is what the director said about the superhero and story.

9. He said we will be seeing the most powerful superhero yet

Brie Larson will be playing Captain Marvel. | Nuradi via Instagram

It looks like Smith is right to be excited about Captain Marvel. Feige has said nothing but good things about the character and story.

“You’re going to get the most powerful superhero that we’ve ever introduced with, I think, one of the most unique and inspiring origin stories,” he told Variety.