King Kong‘s been something of an oddity in Hollywood. No one’s really been able to quite figure out a way to turn the iconic movie monster into a full-blown franchise, evidenced by multiple remakes of the same story never leading to anything even resembling a quality sequel. Hell, the closest thing we’ve gotten to a follow-up concept was 1986’s King Kong Lives, where our titular primate gets a heart transplant and searches for a lady-gorilla girlfriend.

Fast forward to today, and the release of the first trailer for Kong: Skull Island. Here, we might just have the first true sequel to the original film, albeit with a few tweaks to the established canon. Here’s what we saw.

The latest trailer made a considerable effort to establish this film as taking place sometime in the late-’60s and early-’70s. We see evidence everywhere, from the use of Creedence Clearwater Revival’s “Bad Moon Rising” as the backing track, to the Vietnam-era aesthetic. This accomplishes a few things in the process.

First, it assumes that King Kong either had a child with the same name back home, or that he made it back after his fall from the Empire State Building decades ago. Second, it seems to assume that much of what went down in the original King Kong didn’t actually take place, retconning the story in a big way. Humanity still seems to be largely unaware of Skull Island’s monstrous inhabitants, making this less a sequel and more a full-on reboot with a different narrative.

2. Our team of heroes will basically be asking for trouble 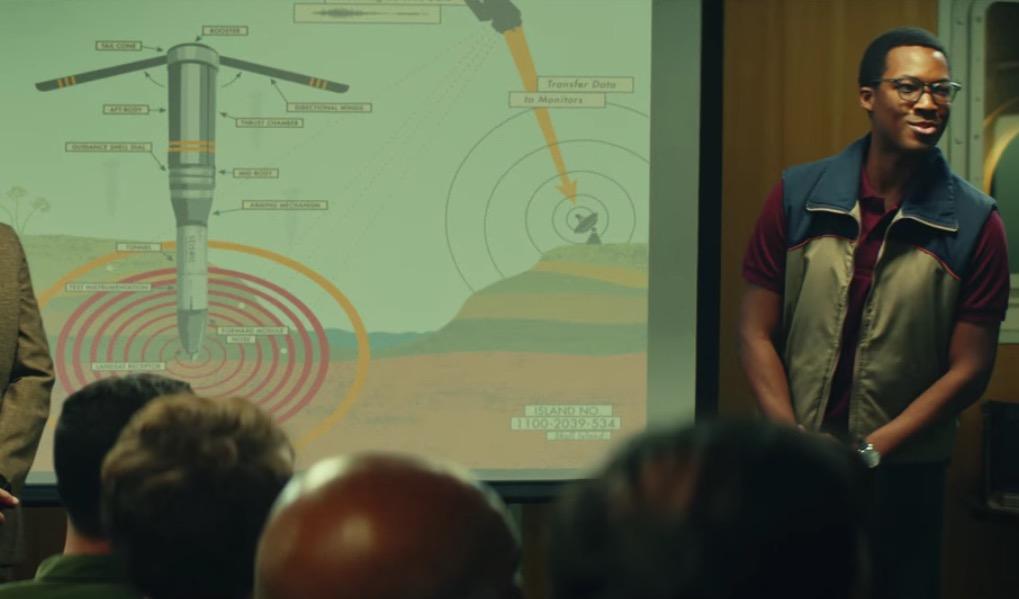 Whereas the first King Kong saw our protagonists journeying to Skull Island to make a movie, Skull Island will be just a tad different. Our team of heroes will be conducting geological surveys in quite possibly the dumbest way imaginable: by dropping bombs. There’s some pseudo-scientific explanation about using the subsequent quakes from the bombs to map the land, but for the most part, they’re really just asking for trouble. Unsurprisingly, things unravel almost immediately after explosives begin falling in the very clearly inhabited doom island.

3. As a policy, you probably shouldn’t drop bombs on King Kong’s home

The aforementioned “things going wrong” part of the movie kicks off when Skull Island’s resident giant gorilla begins slamming helicopters together like cymbals. As it turns out, Kong doesn’t particularly appreciate explosives going off on his home turf, leading only to death and destruction along the way. This kills off most of the team tasked with mapping the island, leaving only a handful of survivors to try and find their way back home. How exactly they’ll get off the island remains a mystery, but between the building-sized angry primate and the rest of the monsters lurking in the jungle, things don’t look promising for anyone.

4. Dr. Steve Brule is in the house 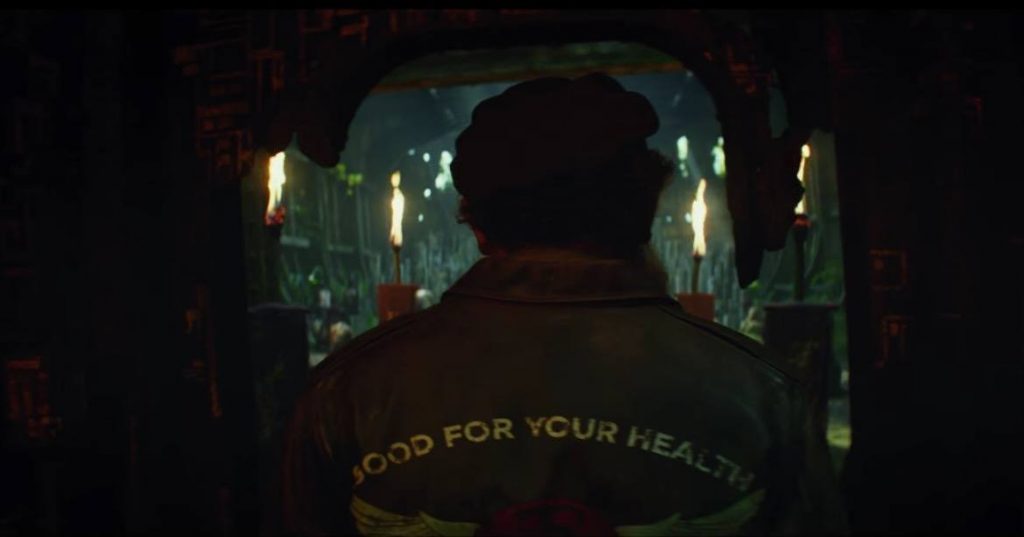 Fans of Adult Swim’s Tim and Eric Awesome Show, Great Job! might have perked up when they saw John C. Reilly donning the jacket we see in the above frame. In the series, Reilly famously played Dr. Steve Brule, whose catchphrase, “For your health” became eminently quotable. It doesn’t seem at all coincidental that “Good for your health” is stitched across his jacket in Skull Island, especially given his decidedly cooky demeanor throughout the trailer. An otherwise serious story will get the comic relief it so desperately needs from Reilly, replete with an obscure nod to Adult Swim.

As if the CCR-laden soundtrack and jungle aesthetic wasn’t enough evidence of the fact that Skull Island is set in the Vietnam Era, the trailer briefly flashes a clear homage to Francis Ford Coppola’s Apocalypse Now. One of the more iconic (and frequently copied) scenes in Coppola’s films shows helicopters in the foreground of an orange sunset.

Skull Island features a similar scene (above), with the notable addition of a giant gorilla. Odds are this movie wasn’t nearly as difficult to make as Apocalypse Now, but the hat-tip to Coppola is cool to see all the same. 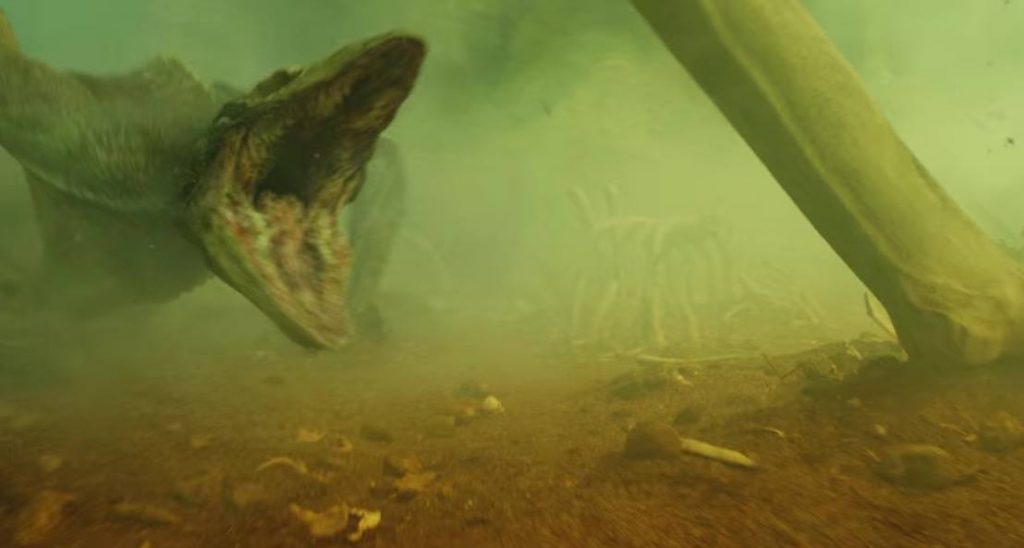 Kong isn’t the only terrifying creature living on the island. The trailer shows us a handful of other nightmare fuel, including a particularly vicious, oversized yak, giant spiders, and what John C. Reilly lovingly dubs Skull Crawlers (above).

When pressed on why he gave them that title, Reilly admits that he’s “never said that name out loud before, it sounds stupid now that I say it.” Whatever you call them, the reptilian murder machines look to be Skull Island’s most dangerous inhabitants, and that’s saying something when you consider the other residents.

7. All hail the King 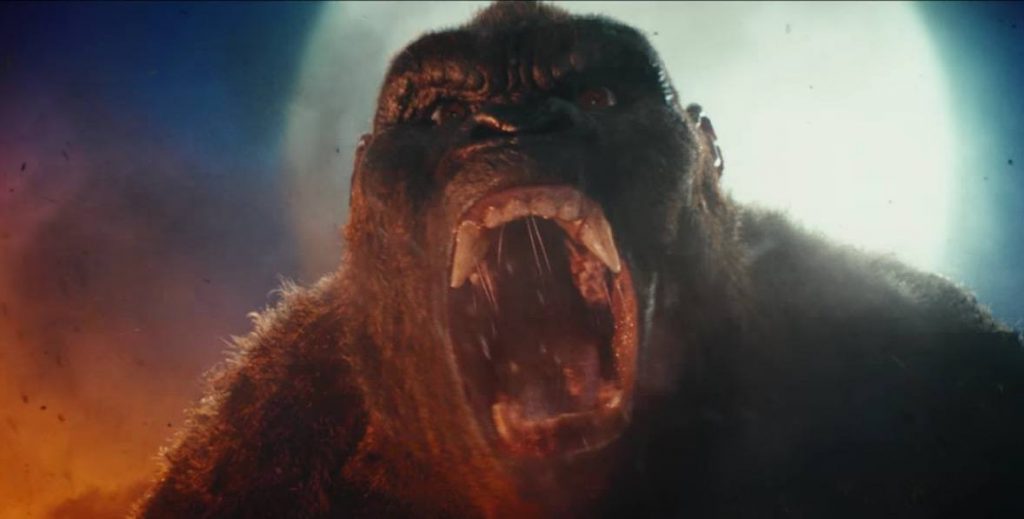 For all intents and purposes, King Kong is the main event of this movie; all other monsters are secondary. The first teaser for the film showed us precious little of him though. For this latest trailer, we get plenty of good looks at him, from the aforementioned helicopter-smashing in the trailer’s opening moments, to calmer sequences that establish him as a creature that’s generally peaceful unless otherwise provoked. It’ll be interesting to see how he exists in a whole new context, especially now that a more technologically advanced group of humans has arrived on his doorstep.