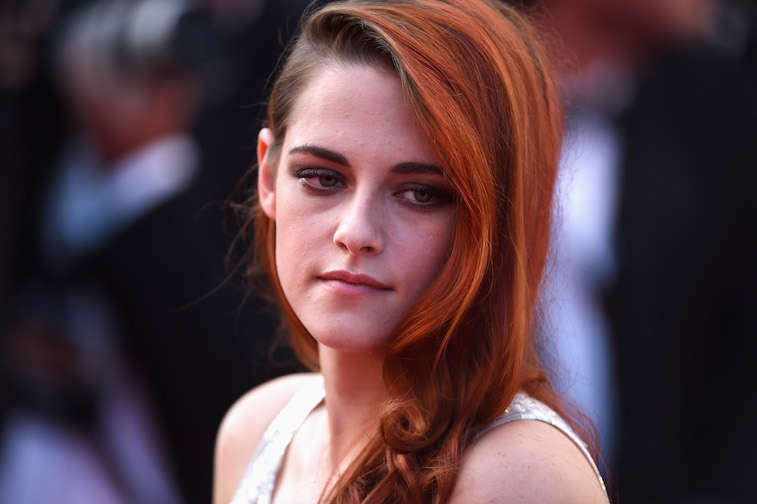 Just months after becoming the first American actor to win the Cesar award, the French equivalent of the Oscar, Kristen Stewart is teaming back up with her Clouds of Sils Maria director Olivier Assayas on his next movie. The film is planned to be a thriller set in the Paris fashion world currently titled Personal Shopper. Variety exclusively reported the news out of the Cannes film festival. Given the great success that Stewart and Assayas had with Clouds, this next film will be highly anticipated and could well place Stewart into the awards race stateside this time as critics will be paying closer attention given the praise lavished on Clouds.

Variety says Personal Shopper will be an English-language film but set in Paris in the “fashion underworld.” It will be a ghost story with some sort of genre or fantasy element and feature some of the same themes explored in Clouds. Stewart has experience in the high fashion world as well. Despite having an off-work uniform of jeans and hoodies that Assayas used in Clouds, she has posed for Balenciaga and is a current muse for Chanel.

In Clouds of Sils Maria, Kristen Stewart played the personal assistant to an older, highly successful Hollywood actress played by Juliette Binoche. As Binoche’s character begins working on a restaging of the play that launched her career twenty years prior, playing the older woman character rather than the younger protagonist she originally played, she retreats to the remote Swiss town of Sils Maria with Stewart’s character to prepare for rehearsals. There their relationship is revealed to be much more complicated than meets the surface.

“Ultimately, Stewart is the one who actually embodies what Binoche’s character most fears, countering the older actress’ more studied technique with the same spontaneous, agitated energy that makes her the most compellingly watchable American actress of her generation,” reads some lavish praise from Variety. “It’s a performance that radiates intelligence and compassion and a thousand unspoken opinions,” said TheWrap. Other critics had similar things to say about Stewart’s performance and the smart way Assayas weaved commentary about her career and young Hollywood into the movie via another character played by Chloe Grace Moretz.

Olivier Assayas is considered one of the finest directors working in French cinema and a great director of women. Variety said that Assayas tends to like his leading ladies “unpredictable and punk” with “feral energy,” and Stewart certainly fits that bill. The decision to cast Stewart as the lead in his next movie seems to suggest that the two developed a good rapport working together, to clearly fantastic results. She will likely do well returning to work with the esteemed French director on the unusual-sounding film.