Kristen Wiig has quickly become one of Hollywood’s favorite leading ladies. Since transitioning to the big screen with a star-making turn in 2011’s Bridesmaids, the former SNL star has appeared in a wide-ranging mix of comedic blockbusters and indie dramas — and she’s showing no signs of slowing down.

Next up, Wiig will take on a high-profile role in the much-discussed Ghostbusters movie. Ahead of the anticipated reboot, we’re taking a look back at some of the memorable films from her career so far. Below, check out 10 of Wiig’s best movie roles (listed in chronological order).

Wiig only appears in a couple of scenes in this 2007 Judd Apatow comedy, but she manages to get plenty of laughs in her brief time on screen. The actress puts her dry humor and deadpan delivery to good use, playing a passive aggressive executive at E! News who openly dislikes Katherine Heigl’s Alison. In the minor role, Wiig delivers some of the most quotable lines in the comedy, including this memorable one: “We don’t want you to lose weight, we just want you to be healthy… by eating less.” 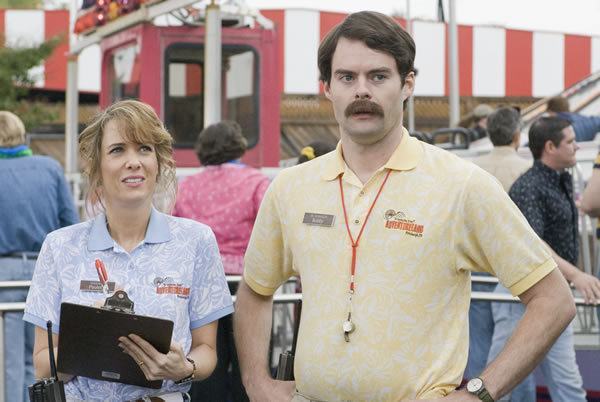 Wiig’s role in this insightful 2009 coming-of-age comedy is small, but it again serves to show just how much the actress can do with only a little. The film features the actress as Paulette, one-half of the couple who owns the titular park. She and her husband Bobby (Bill Hader) have strict ideas about how the park should be run, which make them unpopular with the other employees. Hader and Wiig have a long friendship and a great working history on SNL, and it’s evident here. The two play off each other beautifully and end up stealing many of the scenes they’re featured in. 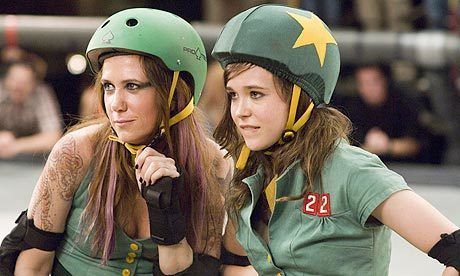 Set in the world of women’s roller derby, Drew Barrymore’s 2009 directorial debut features Wiig as Maggie Mayhem, a teammate and mentor to the Hurl Scouts derby team’s latest member, Bliss (played by Ellen Page). As an aunt-like figure to the young newbie, Maggie gives advice and allows Bliss to crash on the couch while she finds her footing in her new world. Though Wiig displays her usual impeccable comedic timing in the role, she also gives Maggie a gentleness and heart that stands out in the star-studded movie. 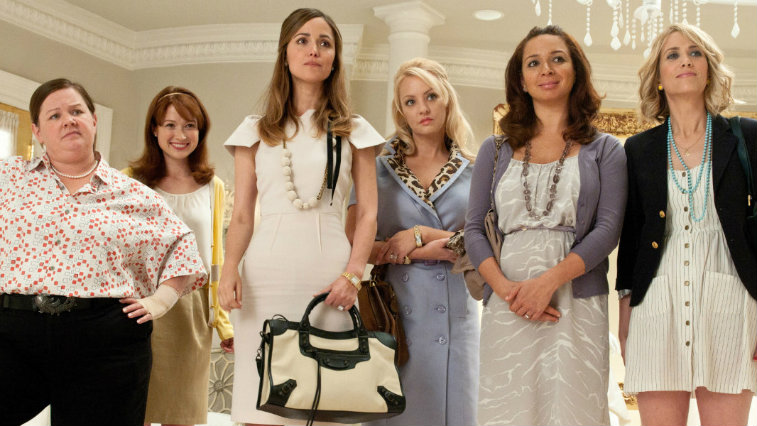 Any list involving Wiig’s career wouldn’t be complete without this highly quotable 2011 flick, which she wrote and starred in. The gross-out comedy, which features Wiig as a maid of honor whose life unravels as she leads her best friend and a group of colorful bridesmaids on a wild ride down the road to matrimony, was a huge success, both critically and commercially. As her first major starring vehicle, Bridesmaids was the perfect showcase for Wiig’s comedic skills, helping to cement the SNL vet as a bonafide movie star.

Wiig held a small supporting role in this 2013 sequel, which brought back Will Ferrell’s Ron Burgundy and the rest of the hilarious, star-studded Anchorman crew. In the movie, the actress portrays Chani, the love interest to Steve Carell’s Brick. While not a major role, Wiig certainly makes the most of her time on screen. She plays Chani with just the right amount of deadpan flightiness, making her the perfect match for Carell’s eccentric Brick. Their chemistry makes the scenes involving the two characters, and their comical attempts to emotionally connect, some of the strongest in the movie. 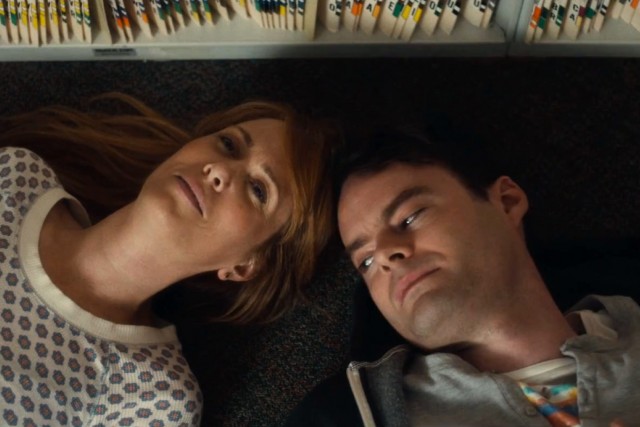 Wiig and Hader once again put their sparkling chemistry on full display in this acclaimed 2014 comedy drama. The movie stars the duo as twins Milo (Hader) and Maggie (Wiig) who have an unexpected reunion after a set of near-tragedies. Their reunion forces each of them to confront how their lives became so broken — specifically, an unhappy marriage for Maggie and a lingering heartbreak for Milo.

Hader and Wiig are immensely likable performers on their own, but together, they are full-on magic. Their rich, nuanced portrayals manage to uplift even the movie’s heavy aspects. But it’s the more comedic moments that really showcase their talents. The scene in which the two lip-synch to Starship’s “Nothing Gonna Stop Us Now” is heartfelt and sweet enough to make the whole film worth checking out. 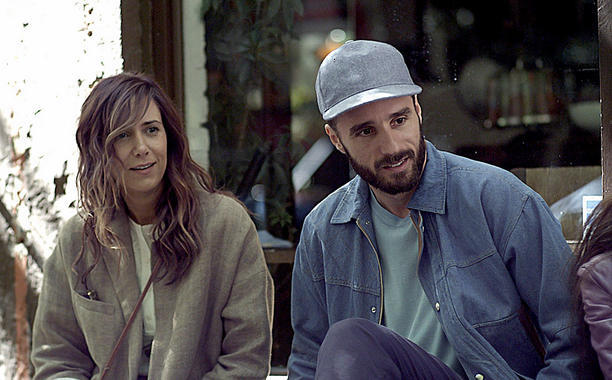 Written and directed by Sebastian Silva, the 2015 indie film stars Wiig as Polly, a Brooklyn-based single woman who agrees to be a surrogate for her best friend, Freddy and his boyfriend. The three close-knit friends must navigate the idea of creating life while also dealing with the growing harassment from a menacing local known as “The Bishop.”

Though the drama earned overall mixed reviews from critics, Wiig herself garnered praise for her appealing and naturalistic performance. As TimeOut put it, “Wiig strolls the line between adorable and obnoxious with the ease of a pro.”

Wiig only has a small role in this 2015 space blockbuster, but it’s worth noting. The movie features the actress as Annie, the jumpy media relations director for NASA in charge of controlling potential PR disasters and keeping employees from going off book during press conferences. Though she has limited time on screen, Wiig does fine work showing off a subtler, more dramatic side to herself and also bringing some warmth to quieter moments — like the scene in which everyone holds their breath in the lead-up to a rocket launch.

9. Diary of a Teenage Girl

Wiig garnered lots of critical praise for her supporting part in this 2015 movie, adapted from a 2002 graphic novel of the same name. The actress plays Charlotte, the narcissistic, hard-partying mother raising two daughters (including the titular teenage girl) alone. Though Wiig certainly looks the part, waving around cigarettes and donning ’70s hairdos for the character, she also brings an emotional depth to the more dramatic role. As The Guardian put it, Wiig “is a revelation in serious mode as Charlotte, prone to yearning for her own bygone wild years; she has a magnificent, poignant eruption of rage at her betrayal.”

Welcome to Me | Source: Alchemy

This 2015 indie comedy drama stars Wiig as Alice, an emotionally unstable woman who wins the lottery and — inspired by Oprah — decides to use her winnings to finance her own talk show. But as everyone soon finds out, the talk show is really just a means for Alice to ramble on about herself, as well as live out some of her eccentric fantasies (like riding in on a swan, for example).

It’s a tough premise to sell and one that could’ve easily gone very wrong, had it been left in less capable hands. Luckily, Wiig rises to the occasion with a transfixing central performance. As Alice, Wiig is vulnerable, sad, and more than a little alarming, but also endearing and surprisingly funny. It’s a fascinating portrayal that makes this dark comedy worth watching, even if it makes for difficult viewing at times.