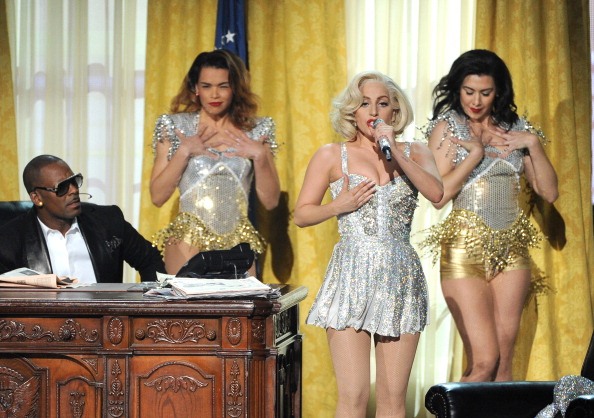 Lady Gaga is ready to stand against any and all predatory behavior. Especially if it is against someone she has worked closely with.

The singer recently spoke out on the allegations R.Kelly is currently facing and apologized for ever working with him.

Lady Gaga plans to remove their collaborative single “Do What U Want (With My Body)” from all streaming platforms.

Lady Gaga stands with the victims

Since the premiere of “Surviving R. Kelly” docu-series on Lifetime, R. Kelly has been the topic of public conversation for his sexual assault allegations.

Lady Gaga has worked closely with R. Kelly in the past and decided to speak out and reveal her thoughts surrounding the situation. The singer has been vocal in the past about her experiences with sexual assault.

She wrote a statement that was posted to Twitter which read, “I stand behind these women 1000%, believe them, know they are suffering and in pain, and feel strongly that their voices should be heard and taken seriously. What I am hearing about the allegations against R Kelly is absolutely horrifying and indefensible.”

She continued, “As a victim of sexual assault myself, I made both the song and the video at a dark time in my life, my intention was to create something extremely defiant and provocative because I was angry and still hadn’t processed the trauma that had occurred in my own life.”

I stand by anyone who has ever been the victim of sexual assault: pic.twitter.com/67sz4WpV3i

Lady Gaga wants nothing to do with R.Kelly

The singer has announced her plans of removing her single that features R.Kelly, “Do What U Want (With My Body)”, from iTunes and any other streaming platform.

The two singers performed the duet on the American Music Awards in 2013, which was seen as extremely provocative.

During that time, Lady Gaga even defended R.Kelly and felt as though they had a connection when it came to dealing with false rumors. “R. Kelly and I have sometimes very untrue things written about us, so in a way, this was a bond between us.”

The singer revealed that she made the song during a very dark time in her life and referred to her thinking around its production “explicitly twisted.”

The singer stands with all sexual assault victims who have been tainted by R.Kelly and vowed to do so in a statement. “I can’t go back, but I can go forward and continue to support women, men, and people of all sexual identities, and of all races, who are victims of sexual assault. I’m sorry, both for my poor judgment when I was young, and for not speaking out sooner. I love you.”

What is next for R.Kelly?

The R&B singer has been staying under the radar since the Lifetime docu-series was released. The show aired over three nights and has brought up new allegations against R. Kelly.

The series includes interviews with those close to R.Kelly and alleged victims who have revealed that the singer constantly preyed on underage girls. Certain individuals also revealed that R. Kelly kept women locked in his house over long periods of time.

R.Kelly has denied all allegations against him. Investigators are currently seeking more information on the singer’s alleged sexual misconduct and inappropriate behavior.