Late Night Battle of the Bands: U2 vs. Metallica 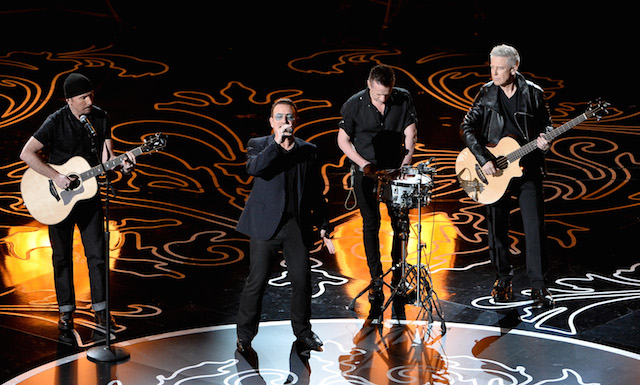 Just after Metallica announced its weeklong stint as the house band on Craig Ferguson’s The Late Late Show during the week of November 17, U2, one of the only bands that could conceivably call itself bigger than Metallica, said it’s going to be on The Tonight Show Starring Jimmy Fallon the exact same week.

Metallica’s residency at The Late Late Show is both to celebrate the 10-year anniversary of the metal band’s seminal album, Some Kind of Monster, and to help say goodbye to Ferguson, the Irish-American comedian who has hosted the show for nearly a decade. Ferguson announced that he will step down on December 19 earlier this year, and he will be replaced by the British comedian James Corden.

“What better way to celebrate Craig’s awesome tenure at CBS than to come and shake the rafters for a whole week,” Lars Ulrich told Rolling Stone. “Nothing to sell, nothing to promote (except a reissue DVD) … purely hanging at Craig’s personal request. Bring it!”

Metallica does have a couple things to sell, though, including a reissue of Some Kind of Monster and a Record Store Day vinyl pressing of the new song “Lords of Summer” that’s coming out just in time for Black Friday.

U2 has an album to promote itself — kind of. The band is technically promoting its new record Songs of Innocence even though the group already gave it away to everyone for free with the new iOS, something that people criticized seriously as helping ruin the music industry, and just made fun of. Bono has since apologized for the move.

“Oops,” Bono said in a question-and-answer session on Facebook, per The Hollywood Reporter, after the album was automatically downloaded to the playlists of iTunes users who got the new iOS. “I’m sorry about that. I had this beautiful idea — might have got carried away with ourselves. Artists are prone to that kind of thing — a drop of megalomania, a touch of generosity, a dash of self-promotion and deep fear that these songs, that we poured our life into over the last few years, mightn’t be heard. There’s a lot of noise out there. I guess we got a little noisy ourselves to get through it.”

In addition to musical performances, the band is expected to appear in comedy sketches and interviews with Fallon during its week on The Late Show, as well. It would be a treat to see Fallon poke fun at the group for forcing every iPhone owner to have its album and perhaps even get Bono to loosen up a bit. A desire for some explanation on that snafu could entice more people to tune in.

The Late Late Show airs on CBS at 12:35 a.m. Eastern and The Tonight Show is on NBC an hour earlier. Viewers could conceivably watch both shows, but it does feel like the two bands will be in competition to bring viewers to either one. We’ll see who wins the late night battle of the bands after November 22.