‘Law & Order’ Is About to Make Reality TV Even Worse 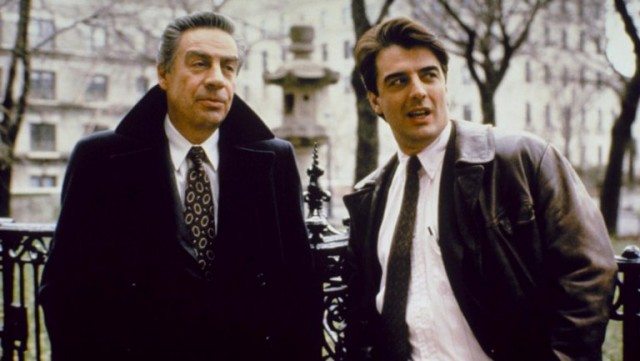 Just when you thought Law & Order has already tried every possible kind of spin-off, NBC is proving you wrong. The network has issued a series order to Law and Order: You the Jury, a live, reality series based on the popular procedural franchise.

According to Deadline, Law & Order: You the Jury will be a one-hour courtroom docu-drama show from the Law & Order boss Dick Wolf and reality producer Magical Elves. Like the original scripted franchise, the reality show will delve into real life legal cases, but with an extra highly unsettling gimmick: it will put the power of the law directly into the hands of the viewers. Because what could possibly go wrong with that concept?

Apparently, the show’s audience will serve as the jury to each case and determines the verdict. Per the official description, viewers will then be prompted to interact with the proceedings, with opportunities to vote throughout the trial on the accuracy of the witnesses and the persuasiveness of the evidence. While  giving the public the power to convict a total stranger certainly seems alarming, it sounds like the project is (thankfully) drawing at least some boundaries. The show won’t feature any high-profile cases or involve any severe charges – or as The Hollywood Reporter stated, “Don’t expect any murder cases.”

For Wolf, the show will be his fifth entry on NBC after Chicago PD, Chicago Fire, Law and Order: SVU, and the upcoming Chicago Med. He sold the series – without the live episode element – to the network in May. In addition to going live, You the Jury has since been officially inducted into the Law & Order brand. The show will mark the first time that an unscripted series has been included in the franchise. As Deadline points out, Wolf and NBC previously teamed for a similar docu-reality series called Crime & Punishment in 2002, but that was only considered an “unofficial” spin-off.

Given the plethora of crime procedurals and bad reality shows we already have on TV, it hardly seems like audiences need another entry into the genres, like Law & Order: You the Jury. Still, it’s not entirely out of the blue as Wolf has been heading further into the unscripted space lately. He helped launch Cold Justice, a reality program on the Turner cable network that has already spurred a spin-off. Earlier this year, he also added A&E’s Nightwatch to his roster of unscripted shows.

As for NBC, the network has continued to move further into live programming in recent months. It just debuted its latest live effort, Best Time Ever With Neil Patrick Harris, which premiered to decent ratings on September 15. Meanwhile, the show’s only returning comedy, Undateable, is planning on going completely live this season (following its successful live episode last season).

Whether Law & Order: You the Jury will become a reality hit for the network remains to be seen. Other recent attempts to take an interactive approach to a reality series, like NBC’s Million-Second Quiz, have earned mixed results. Then again, those other shows haven’t had the added benefit of having the Law & Order name attached. We’ll have to stay tuned to see if that will be enough to draw fans of the original franchise. In the meantime, viewers can get their Law & Order fix when SVU returns on September 23.