‘Leah Remini: Scientology and the Aftermath’: How Season 2 Could Change Scientology

Leah Remini: Scientology and the Aftermath premiered in 2016 and became an instant hit with viewers. The docuseries featured former members of the Church of Scientology, who claimed that they were mistreated and abused while with the organization.

Season 2 premiered in 2017 and continued where the first season left off, with more explosive accusations that Remini and the participants of the program hope will change Scientology and its practices. The church has repeatedly denied the allegations and released a lengthy response claiming that “nothing about A&E’s Leah Remini ‘docuseries’ is honest.”

Still, the actress has vowed to continue her fight against the organization she was a part of for more than three decades.  Here’s a look at some of the allegations made so far in Season 2, as well as what viewers can expect to see in future episodes and what change has come about since the series first aired.

In Season 2 of the Emmy-nominated series, more ex-Scientologists have come forward with allegations of physical and sexual abuse at the hands of other church members.

During the Season 2 premiere, two women, Saina Kamula and Mirriam Francis, revealed that they faced sexual abuse as children of Scientology. Francis said her father, a Sea Org member, abused her as a child. Kamula alleges that she suffered abuse from another church employee. The two also spoke about child labor, claiming that they had to work 60 hours a week while part of the Sea Org.

The church’s Sea Org is described as “a religious order for the Scientology religion and is composed of the singularly most dedicated Scientologists — individuals who have committed their lives to the volunteer service of their religion.”

Remini and co-host Mike Rinder hoped that the show would spur law enforcement officials to look into some of the claims made by former Scientologists who agreed to share their stories. The Season 2 premiere showed that this may become a reality, as LAPD detectives met with Francis and Kamula.

Remini previously stated that she would also like authorities to launch a full federal investigation into the Church of Scientology.

“I’m talking about the FBI, the police, the Department of Justice, the IRS,” she said. “If the FBI ever wanted to get anywhere, all they would need to do is do a raid. Everybody who’s ever gone to Scientology has folders, and anything you’ve ever said is contained in those folders.”

Leah Remini’s docuseries received positive reviews … but not everyone was happy about the show. | Frederick M. Brown/Getty Images

You may recall that Season 1 showed Scientologists following Rinder, Remini, and the show’s crew members, allegedly because they were unhappy with the production of the series.

Season 2 features more of these incidents. It also includes some heated exchanges that occur when the crew attempts to confront those tailing them.

4. The Church of Scientology has received hundreds of threats 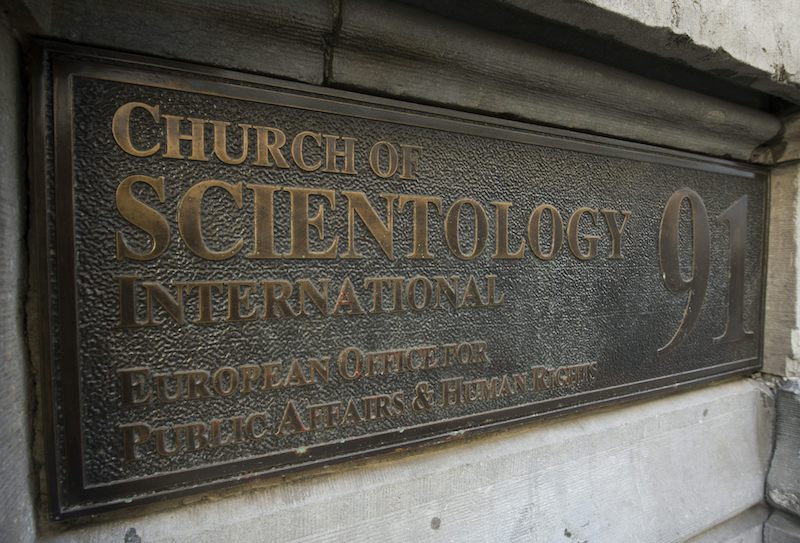 The Church of Scientology has vehemently denied the allegations made in the docuseries. The organization also claims that it has become a target, receiving threats on multiple occasions since the program first aired.

“To date, the Church has been subjected to more than 500 threats — including death threats, dangerous acts of vandalism, and bullying directed at everyday parishioners — inspired by Leah Remini and her A&E show,” spokeswoman Karin Pouw wrote in a letter to USA Today.

Tom Cruise is famously loyal to the Church of Scientology. | Carlos Alvarez/Getty Images

As shown in Season 1, the church does not cooperate with reporters who try to interview Scientologists about the religion.

So when writer Janet Reitman wanted to do a feature on Scientology for Rolling Stone in 2005, the church pushed back, ensuring she only received positive stories about Scientology and its activities. Reitman, though, continued to dig a bit more and allegedly drew the ire of Scientology’s most famous member, Tom Cruise.

In an interview special bridging the gap between Season 1 and 2, Rinder admitted that fellow members of the Church of Scientology instructed him to fly to New York and speak to the editors about not publishing the piece. Meanwhile, he says that Cruise allegedly called people at the publication to try and have Reitman taken off the assignment.

Paul Haggis also made the decision to leave the church. | Slaven Vlasic/Getty Images

Paul Haggis, who left the church in 2009, agreed to be interviewed in Season 2.

In his appearance on the show, the Oscar-winning director spoke candidly about his break from Scientology. He also claims that members of the church still spy on him and follow him everywhere he goes.

Since Remini took up this cause against Scientology, it’s expected that some of her friends still involved in the organization would stop speaking to her. That is the case with The Handmaid’s Tale actress, Elisabeth Moss.

“Elisabeth Moss believes that she can’t talk to me,” Remini recently stated. “There’s a thing in Scientology called ‘acceptable truth.’ It means you only say what’s acceptable to the public. But she believes that I’m an antisocial personality — because I’ve spoken out against Scientology. So she isn’t allowed to talk to me.”