LEGO May Become the Next Big Thing in Reality TV 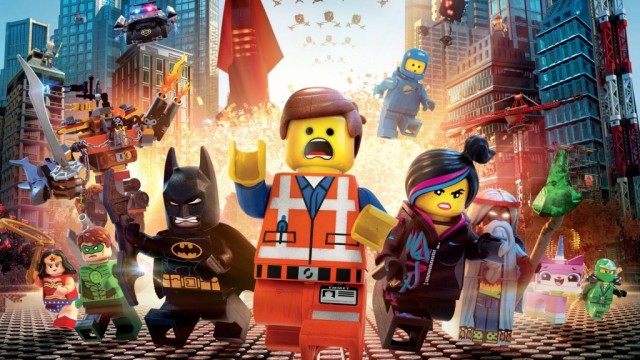 LEGO may be coming to television in a very unexpected way — a reality show. After dominating at the box office with The LEGO Movie (and multiple follow-up films already in the works), the company is reportedly expanding its empire again and eyeing a move to the small screen.

According to The Guardian, LEGO is developing a series in the reality competition format, with hopes to launch in 2015. Vice president of global licensing and distribution, Jill Wilfert, first hinted at the possibility at the Mipcom TV Conference in Cannes. Now it seems the company is moving plans along, with the intent of deepening its mark on the entertainment sphere.

LEGOs may seem like an odd choice of subject for a reality show, even in today’s world of television, which has seemingly already marketed every type of unscripted series there is. So what, exactly, would such a show entail? Per The Guardian, LEGO is considering having the series revolve around the concept of Master Builders, a group that was first introduced in The LEGO Movie. In the film, the Masters Builders are described as people who can create complex LEGO designs without the help of any written instructions. Of course, the group is fictional in the movie, but the reality show will presumably make the idea a reality, focusing on real-life Master Builders who can assemble masterpiece LEGO creations.

“The idea of becoming a Master Builder is something we think could be quite resonating,” Wilfert said of their reasoning for considering the concept.

At this point, the exact details regarding the premise of the reality show, or even the show itself, have yet to be publicly confirmed. But while reality may be an unexpected format for a LEGO show, it’s not entirely surprising that the company is making a move toward television — particularly following the smash success of The LEGO Movie. The film was both a commercial and critical success, garnering universal acclaim and racking up almost $470 million worldwide. The associated merchandise also proved to be immensely profitable for LEGO, helping the company overtake competitor, Mattel, as the world’s biggest toy maker.

“The audience has responded, they love our content,” Wilfert said, per The Guardian. Now, LEGO is moving even further into the entertainment and content space.

Following the success of the initial film, Warner Bros. studio heads wasted no time setting a LEGO Movie sequel in motion. The film was originally scheduled for release in May 2017, but has since been pushed back to make room for another film in the rapidly growing LEGO cinematic universe, LEGO Batman. The spin-off, which will focus on the Batman character (voiced by Will Arnett), has been prioritized over The LEGO Movie 2, taking its 2017 slot. The company also has a Ninjago film, which complements The LEGO Movie franchise, due out in September 2016, as well as a LEGO documentary reportedly set to air next year.

Between the films and the potential TV show, it looks like viewers can expect to see plenty more LEGO on both the big and small screens in the next several years.