Star Trek recently celebrated the 50th anniversary of the TV series that started it all, and with everything that has happened in the Star Trek world in recent years — from the announcement of a new show on CBS All Access to the death of actor Anton Yelchin — fans certainly need an opportunity to celebrate everything that the franchise has brought them and all the ground it’s broken since Gene Roddenberry’s brainchild first hit the airwaves back in 1966.

Over the years, countless icons have emerged from the various forms that Star Trek has taken. However, few can compare with the pure fan adoration that centered around the late Leonard Nimoy. The actor is the only one to play a significant role in both the original run of Star Trek films as well as J.J. Abrams’s rebooted Kelvin Timeline.

That said, we’re looking back on Nimoy’s career and some of the best film appearances he’s had over the years. However, we’re limiting our list to only one entry per franchise (yes, even Star Trek) and eliminating documentaries from inclusion. 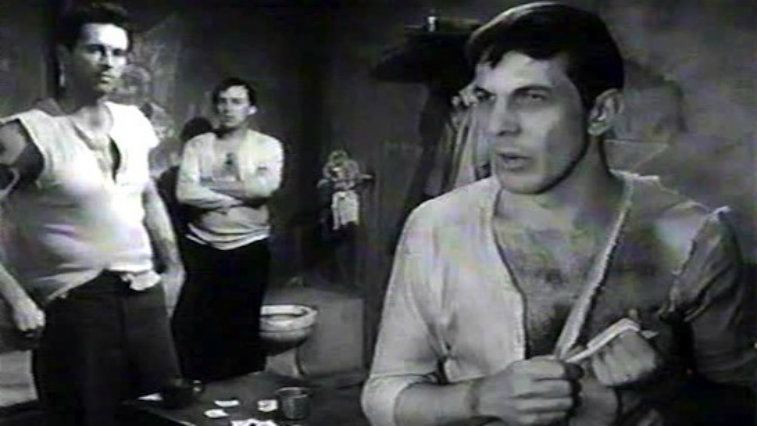 The same year that he originated the role of Spock on television, Nimoy starred in this film adaptation of the 1947 Jean Genet play. It’s a contemplative story about three prisoners, one of whom is set for execution, and the conflicts they face among themselves. Considering that Nimoy was so defined by his ties to science fiction, his role here as convict Jules Lefranc shows off the actor’s theater chops in a way many of his longtime fans from his work on Star Trek might not be familiar with or expect.

Remakes are often not as strong as their predecessors, and this is especially the case with horror. However, this version of the 1956 film stands up as one of the few worthy revisits in cinema history. Donald Sutherland is in the lead, but Nimoy delivers fine work as a psychiatrist who falls prey to the invading pod people. It’s a chilling turn that is befitting of Nimoy’s distinct presence and adds even more weight to the crumbling society depicted in this unforgettable sci-fi/horror classic.

You knew we would have to put a Star Trek film on this list, and no entry in the long-running franchise has received as much acclaim or has had as much influence on sci-fi cinema than this one. Moreover, it puts Spock front and center by the end, cutting to the heart of his deep friendship with Kirk (William Shatner) like few moments in the series’ history ever have. It features a particularly heartfelt finale and one that fittingly shifts the franchise’s focus even more on Nimoy’s fan-favorite character.

Michael Bay’s films may be divisive even among fans of the Transformers franchise, but this animated movie has remained a nostalgic classic. Taking the television series to the big-screen, the film features a star-studded voice cast, but perhaps the most surprising are Orson Welles’s appearance as Unicron and Nimoy’s supporting villainous role as Galvatron. Transformers: The Movie thusly marked the intersection of two pop cultural phenomena and revealed Nimoy’s second career as a gifted voice actor.

Macaulay Culkin takes the lead in this fantasy live-action/animated hybrid about a fearful boy learning to cope with reality through an adventure in literature. Patrick Stewart, Whoopi Goldberg, and Frank Welker have the biggest voice roles in the film, but Nimoy delivers a brief but memorable appearance as Dr. Jekyll and Mr. Hyde. It’s yet another example of Nimoy elevating even the smallest roles with an impactful performance that easily stands among the best in the project.

This Disney animated adventure might not be among the studio’s most beloved efforts, but it has earned a bit of a cult following over the years. Michael J. Fox voices a young adventurer on a voyage to find the lost land of Atlantis, and Nimoy shines as King Kashekim Nedakh, who rules the mysterious underwater kingdom. In a relatively short amount of time, the actor transforms what easily could have been one of the film’s least interesting characters with a vocal performance that only he could muster.