Leonardo DiCaprio and Scorsese Together Again for New Movie 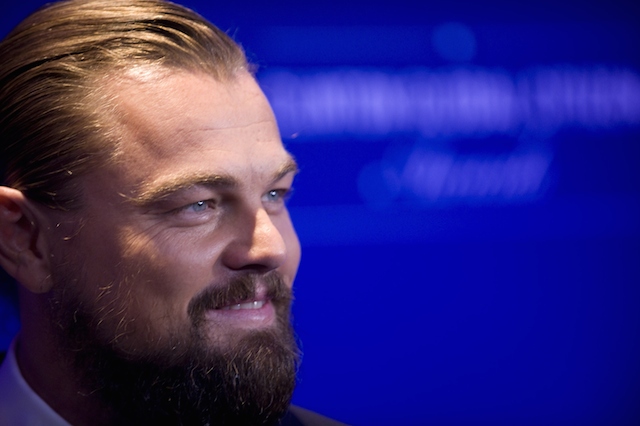 Leonardo DiCaprio is reteaming with Martin Scorsese for his next killer role. The two are set to collaborate on Paramount’s upcoming feature adaptation of Devil in the White City, which will feature the Oscar-nominated star as one of the must prolific murderers in history.

Written by Erik Larson and published in 2003, Devil in the White City chronicles the interlacing true stories of H.H. Holmes and Daniel H. Burnham, the two men behind the creation of the 1893 Chicago World’s Fair. Burnham is the architect responsible for the fair’s construction. Meanwhile, Holmes was a serial killer masquerading as a charming doctor who is believed to be responsible for dozens of murders around the time of the fair. He devised and erected the World’s Fair Hotel – complete with a gas chamber, crematorium and a dissecting table- near the fairgrounds and used his charm to lure fairgoers to what eventually became known as his “murder castle.”

Paramount won the rights to the bestselling book with a splashy seven-figure deal, beating out Universal and Fox in an aggressive bid war. The studio has actually held acquired the story twice before, in 2004 and 2007. Both times, it let the rights lapse after the project posed budgetary challenges. With DiCaprio and Scorsese now on board, it seems it’s finally put together the right package to pursue the long-gestating adaptation.

As for DiCaprio, he’s reportedly had his eye on the role of Holmes for quite some time. Per THR, the actor has been “long fascinated by the dark subject matter” and has spent the last six years trying to get the project off the ground at various studios. He and Scorsese were previously attached to work on the adaptation for Warner Bros., but that ended up falling through. Now, the project he’s wanted to take on for a long time is finally moving forward.

Scorsese will direct this latest version of Devil in the White City based on a screenplay by Billy Ray (who wrote the upcoming The Ballad Of Richard Jewel). Per Deadline, Ray was able to master the book’s twin narratives in his script, which is partly why so many studios were interested in the project.

The developing adaptation will mark DiCaprio and Scorsese’s sixth project together. The two have previously worked together on Gangs Of New York, The Aviator, The Departed, Shutter Island and most recently, The Wolf Of Wall Street. There’s no word yet on who will star opposite DiCaprio as Burnham or when exactly production on the adaptation will begin, but THR reports that the movie is expected to be Scorsese’s next project. One thing’s for sure: with such a brilliant team team both behind and in front of the cameras, this project seems bound to become a winner.

As for DiCaprio, Devil in the White City is just the latest in his slate of upcoming movies. The actor is next set to star in another book-to-film adaptation by a high-profile director: Alejandro G. Iñárritu’s adventure drama, The Revenant, which opens in limited theaters on December 25 before expanding to a wider release on January 8.