The 2019 Golden Globes ceremony was predictably heavy on fluff. While some great actors (Christian Bale, Mahershala Ali) received awards that night, you had to wonder how certain films got ignored by the 90 or so members of the Hollywood Foreign Press Association (HFPA). Right at the top of that list is Paul Schrader’s First Reformed.

As you go down the list of films and actors in the running for “Best of 2018,” you find mostly glossy Hollywood productions — and lots of high budgets. Whether you run with the crowd-pleasing A Star Is Born ($40 million) and Bohemian Rhapsody ($52 million) or “scrappier” films like Green Book ($23 million) and Crazy Rich Asians ($30 million), you see a lot of movies people won’t be talking about in 2020 (or ever again).

The same can’t be said for First Reformed or Schrader, whose film stars Ethan Hawke as a brooding Protestant priest. Even compared to strong modest-budget showings Roma and BlackKklansman ($15 million each), nothing quite compares to Schrader making what could be his finest film for $3.5 million.

It could be the greatest feat of shoestring-budget filmmaking since another frugal movie starring Ethan Hawke (Boyhood) dominated the awards circuit in 2015. Except this time, First Reformed or Schrader weren’t exactly favorites for any major Oscars. 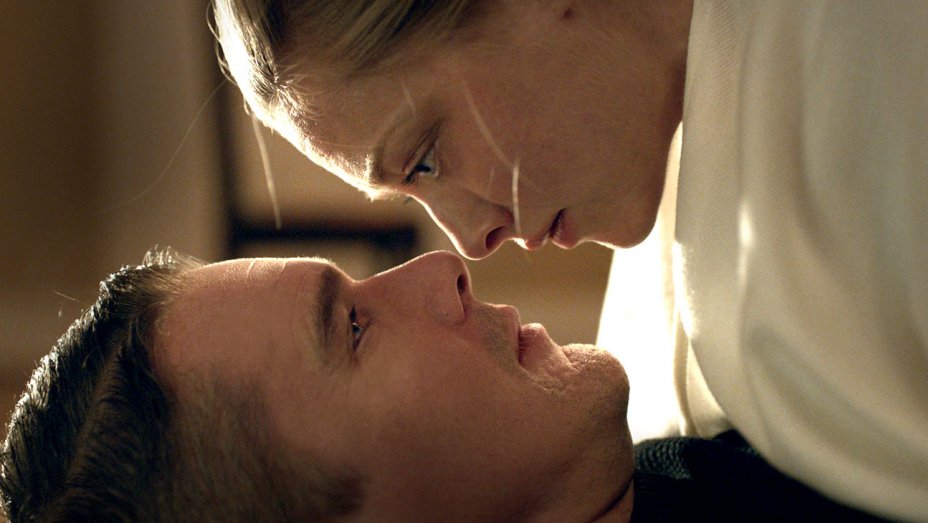 Despite its minuscule budget, Paul Schrader’s ‘First Reformed’ ranks among the best films of 2018.| A24

When speaking about his career, Schrader is the first to say what director influenced him most (Bresson) and which film in particular spoke to him (Pickpocket). If you’re familiar with the 1959 masterpiece, you can see the images of a man alone in a room in contemplation who occasionally goes out to interact with the world (i.e., to pick people’s pockets).

In the late 1970s, Schrader wrote a script with his most famous loner, Travis Bickle, doing much of the same in between runs in his New York taxicab. Taxi Driver’s success earned Schrader the opportunity to do what he wanted, and he delivered similar concepts on several occasions (including a lyrical rendition in ’90s New York, Light Sleeper). But this time around may be the most precise execution of them all.

Earlier this year, Schrader told New York Magazine about the hour and 15 minutes in 1969 when he saw Pickpocket. “In that 75 minutes, two seeds fell into a petri dish, and they grew into different vines. And it took 50 years for the vines to meet, which they did in this film, First Reformed.”

But it’s not 1969, and Ethan Hawke is someone who once earned $12 million for a film (Training Day). Schrader had to bring the entire force of his film career to bear on this picture, and do it for a fraction of what his star once made for a movie. According to Hawke, it was clear First Reformed meant everything to Schrader from Day One.

Hawke: The film was ‘life or death’ for Schrader. 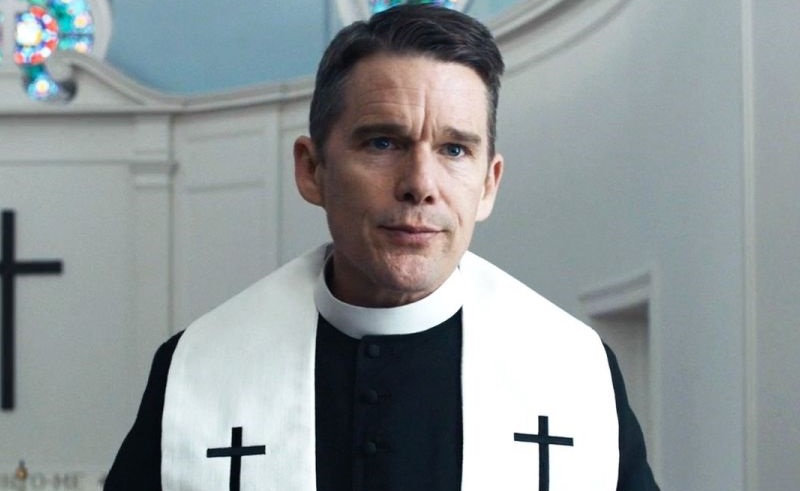 In an interview with The Wrap, the star of First Reformed noticed something unusual about the 71-year-old Schrader on the first day of rehearsal.

“We read through the script, and Paul was trembling,” Hawke said. “He was trembling the way a young artist trembles with anticipation, anxiety, fear … And we all looked at each other and went, ‘Wow, this is extremely important to this man.’ It felt like life or death to him.”

That mood quickly took over on the set, with Hawke, Amanda Seyfried, and Cedric (“the Entertainer”) Kyles doing their best to deliver for Schrader. Hawke’s performance leaves the viewer stunned, and  several weeks later his absence seems like the biggest snub of the Golden Globes. (Hawke won awards for Best Actor from the L.A. Film Critics, National Society of Film Critics, New York Film Critics, Seattle Film Critics, and many more.)

Just about every serious film critic saw the movie differently than the HFPA did. The American Film Institute (AFI) named it the finest picture of the year. Schrader received awards or nominations for Best Screenplay or Best Director from dozens of critics societies (and the Venice Film Festival).

For decades, Schrader’s been clear about — unlike Scorsese — not caring about an Oscar. But he definitely deserves one for this picture, especially considering what he did for $3.5 million. The least the Academy can do is help promote the film after the fact.