Lifetime Pushing Yet Another Controversial Biopic 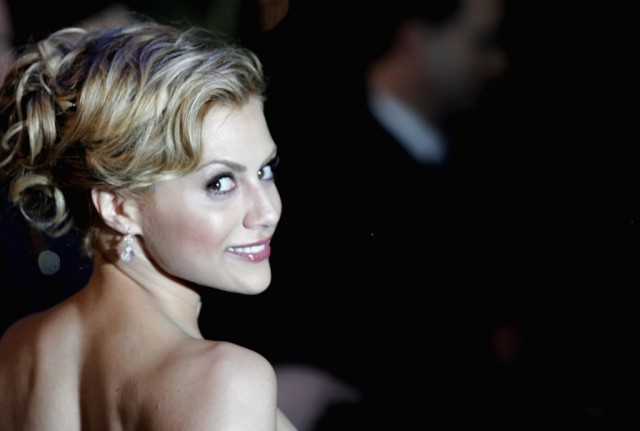 Lifetime now has yet another controversial biopic in the works. On Wednesday, the network announced it is bringing actress Brittany Murphy’s story to the small screen, nearly five years after her tragic death.

The two-hour film, entitled The Brittany Murphy Story, is scheduled to air in early September. According to Lifetime, the movie will chronicle Murphy’s rise to fame starting with her early career as a child actress and continuing with her mother’s efforts to lead her to stardom. It will also portray Murphy’s sudden and shocking death, as well as the immediate aftermath.

This is the first full-length movie about the late actress, who launched her career with a series of small TV roles before breaking out with a lead role in Clueless. She went on to make a name for herself in films like Girl, Interrupted, Uptown Girls and 8 Mile before dying of pneumonia and other causes at the age of 32. Her husband Simon Monjack passed away of the same causes only five months later.

Amanda Fuller, who is best known for her role as Kristin Baxter on Last Man Standing and has also made guest appearances on Grey’s Anatomy, Scandal, and Law & Order, has been cast to play the movie star. Meanwhile, Sherilyn Fenn of True Peaks and Ray Donovan is reportedly signed on to play Murphy’s mother, Sharon.

According to MTV, Sharon Murphy has already confirmed through a spokesperson that she was not consulted for the movie and has not cooperated with the production in any way.

If this is starting to sound familiar, it’s for good reason. It’s not exactly the first time that Lifetime has pursued adapting a late star’s life to film against their family member’s wishes. In fact, The Brittany Murphy Story marks the third biopic from the network to stir up controversy in recent months.

Earlier this summer, the channel sparked backlash after moving ahead with its biopic about Aaliyah, even after the late singer’s family public condemned the project. The channel caused another public storm after casting Zendaya in the title role, causing fury among fans who thought the Disney star didn’t look enough like Aaliyah. Zendaya later pulled out of the project, citing problems with production, and was replaced in mid-July by Nickelodeon’s Alexandra Shipp.

A similar debate broke out over another of Lifetime’s previously announced Whitney Houston biopic, starring Yaya DaCosta as the legendary singer and Arlen Escarpeta as her ex-husband Bobby Brown. The network once again chose to go ahead with the project, despite open objections from Houston’s mom Cissy, her daughter Bobbi Kristina Brown (who slammed the channel for not considering her for the role), and the rest of her family.

Murphy’s biopic is sure to stir up its fair share of controversy as well, both for her family’s disapproval and for the mysterious circumstances surrounding her death. While the coroner officially ruled the actress’s death a result of pneumonia and anemia, Murphy’s dad, Angelo Bertolotti, later claimed that both she and her husband Monjack may have been poisoned. Later, in an open letter in The Hollywood Reporter, Murphy’s mother claimed he was simply seeking to gain fame and money off his daughter’s death.

Lifetime has yet to comment on why they’ve continued to pursue these projects against the family’s (and sometimes even the public’s) wishes. But if its goal was to generate buzz for each film, it has succeeded — even if the discussion seems to be mostly negative. Whether all of that talk will translate to the ratings the network is clearly hoping for or simply turn viewers off the projects completely remains to be seen.

The Brittany Murphy Story will air on September 6. The Aaliyah biopic is scheduled to premiere in the fall, while the Whitney Houston biopic is slated for release in 2015.