Ever since Prince Harry and Meghan Markle announced their engagement last November, they have garnered a ton of international media attention and became the couple everyone can’t stop talking about. Therefore, Lifetime decided we needed a movie about them.

What can we expect from this made-for-TV movie? Well, if you’ve seen any of Lifetime’s unauthorized biographies, you know why they don’t get the best reviews. They’re usually pretty bad actually, but they do attract a decent number of viewers. It’s almost like people tune in to see how cheesy they will be.

So, let’s dive into just how awesomely bad Harry & Meghan: A Royal Romance may be.

The film will chronicle the love story between the American actress and the British prince. It will begin with the moment they met to their inter-continental courtship to their romantic getaway in Botswana, and finally, to the global media frenzy that is their royal engagement.

Viewers love to take to social media during these Lifetime movies and point out all the inaccuracies, especially because some scenes are so outrageous, no one believes they ever occurred. We’re definitely looking forward to that.

Next: Who will play the prince?

Can you see any resemblance between the two? | Screenaccess via Instagram

Murray Frasier will play Prince Harry, and people are not happy about that choice. Many think that Fraser, who starred in the British mini-series The Loch as well as Victoria, doesn’t really look like Harry.

But Lifetime has cast lots of people who look nothing like the famous faces they are portraying. That’s part of what makes these TV movies so awesomely bad.

Next: Who will play Markle?

The actress playing Meghan will be Marisa Fitz-Henley. | Gulfnewstabloid via Instagram

Parisa Fitz-Henley will play Harry’s fiancée. This is a decision that most people seem happy about.

Fitz-Henley, who has had roles on Netflix’s Jessica Jones as well as on Midnight, Texas, does bear a resemblance to Markle. But she has much more in common with the bride-to-be than just her looks and acting.

Next: What do the actresses have in common?

Fitz-Henley and Markle are both bi-racial

They have a very special thing in common. | Matt Winkelmeyer/Getty Images

The network really may have hit it out of the park with this one because not only do the two actresses resemble one another, they have a lot in common. Both women are bi-racial and have parents who divorced when they were very young.

And, like Markle, Fitz-Henley has talked publicly about being a bi-racial actress. She told the Minnesota Spokesman-Recorder the following:

Next: What do the royals think of the upcoming flick?

Reaction from the royal family

The royal family has not commented on the movie. | Jeff Spicer/Getty Images

Not surprisingly the royals aren’t commenting on the upcoming Lifetime movie and really, why would they? It’s not like this is something they can stop. It just comes with being a public figure.

Next: What other royals had their love story turned into a Lifetime movie?

William and Kate had a Lifetime movie about them too

That flick, simply titled William & Kate: The Movie, starred Nico Evers-Swindell and Camilla Luddington as The Duke and Duchess of Cambridge. The movie aired on April 18, 2011, just days before the couple tied the knot at Westminster Abbey.

Next: When will Harry & Meghan: A Royal Romance air? 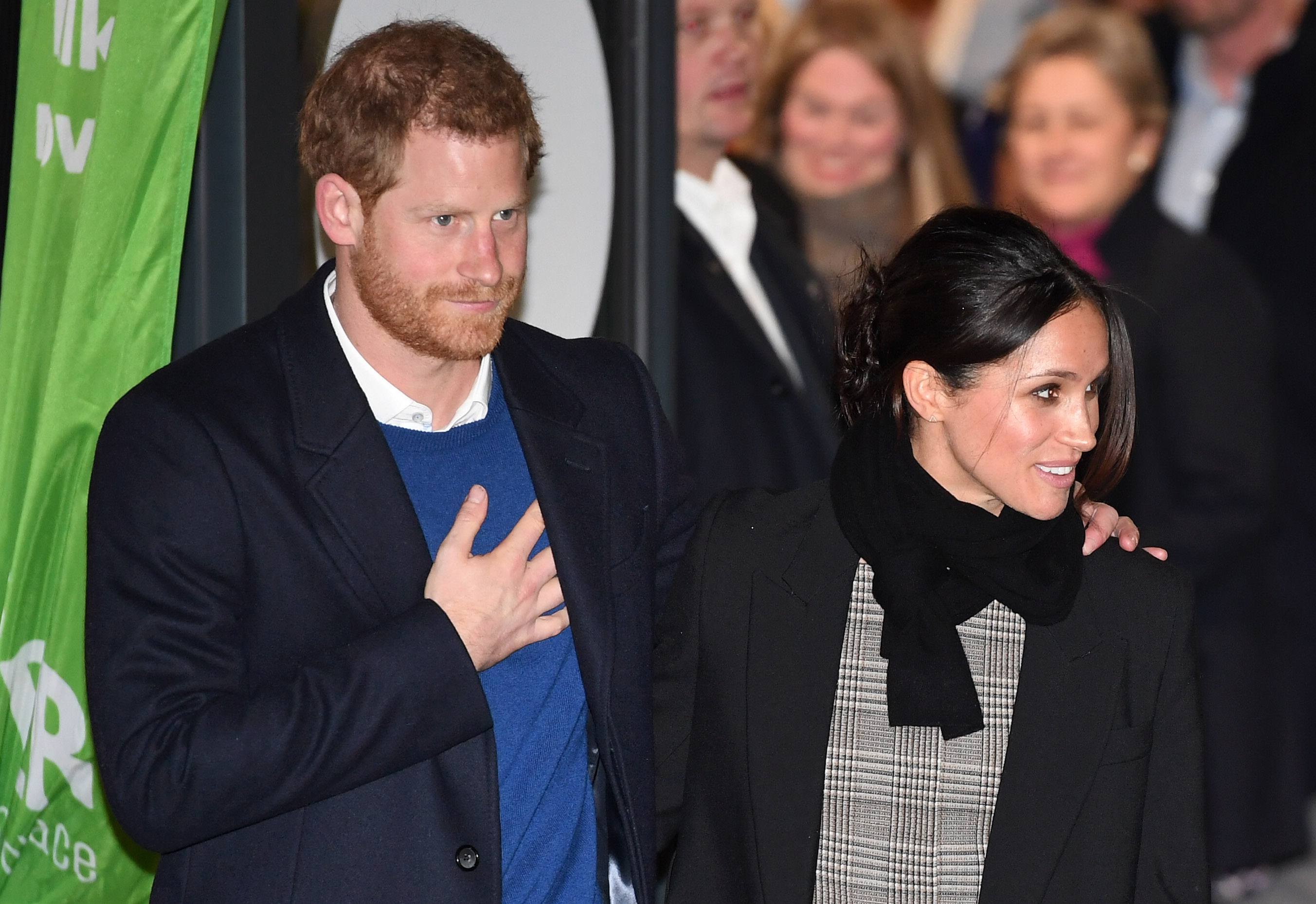 The movie about the couple will debut sometime this spring. | Chris J Ratcliffe/Getty Images

So, when will the movie about Harry and Markle debut? May 13, just days before the royal wedding itself, is the premiere of the Lifetime flick.

Harry & Meghan: A Royal Romance was directed by Menhaj Huda, who also served as the director on an episode of the E! scripted drama The Royals.