6 Live-Action Disney Movies that the Studio Should Remake Next 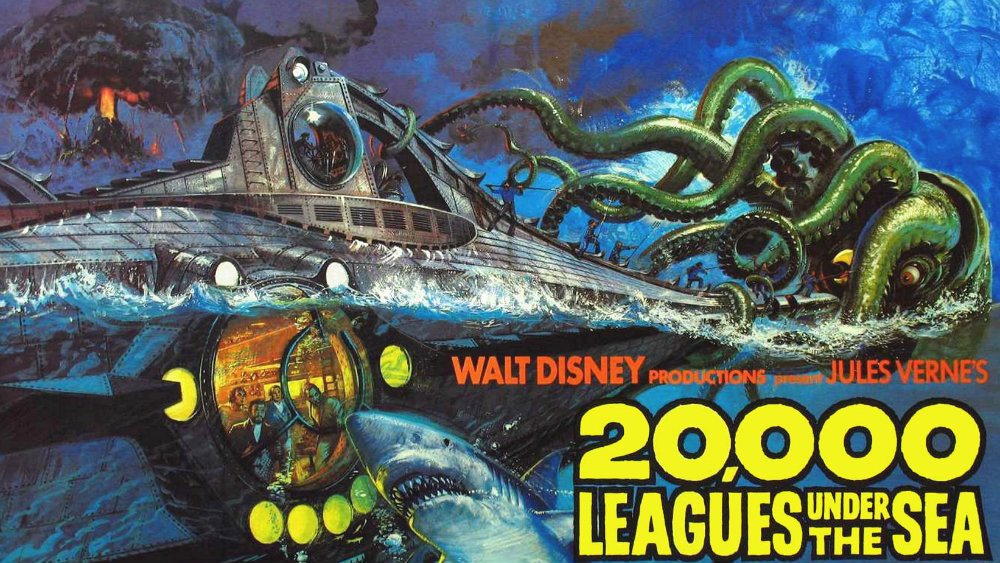 Since creating the first feature-length animated film, Disney has become one of the most trusted, beloved, and successful brands out there. The studio has brought countless animated and live-action classics to the screen over the years, but lately its focus seems to be on pulling films out of its archives to reintroduce them to a new generation. Already this year, new versions of The Jungle Book and Pete’s Dragon have been released, heralding plenty of other in-the-works revisits to classic properties.

While many of the remakes Disney has in the queue are live-action versions of animated classics, the latter film actually opens up the doors for the studio to freshen up some of its live-action films for new versions. Taking a look at Disney films of the past, we’ve come up with a few more live-action releases that may be due for a new version. For the record, we’re only looking at films released by Walt Disney Pictures that solely feature live action and not hybrids that combine actors with animated characters. Also, we’re excluding any film made after 1986, since most of those aren’t really old enough yet to warrant a modern take.

Director James Mangold (The Wolverine) has been tapped to helm an original story called Captain Nemo that follows the anti-hero of this classic Jules Verne story, and though we know that X-Men director Bryan Singer is developing a new version of 20,000 Leagues Under the Sea, we wouldn’t put it past Disney to use its Nemo film to lead into its own proper remake of this 1954 classic. After all, Andy Serkis is already working on his own version of The Jungle Book. So there’s little reason to think that this other classic novel could be faced with dual adaptations.

This Western comedy stars Bill Bixby (TV’s The Incredible Hulk) as a gambler who is tricked into caring for a group of orphans who inadvertently strike gold. A pair of bumbling bandits — played by Don Knotts and Tim Conway — also factor into the plot, and while the original film comes across as incredibly dated, there’s room for the Jack Bickham novel to be adapted into a fun blockbuster for modern audiences to enjoy. Remember, the original Pete’s Dragon was similarly afflicted and emerged as one of Disney’s best remakes in recent years. Perhaps a new version of The Apple Dumpling Gang could surprise.

In the wake of Star Wars, many studios were vying for the next big sci-fi/fantasy hit. At the box office, this one was only a moderate success, earning mixed reviews and just $36 million against a production budget of $20 million. Yet, the premise of a mission in deep space wherein a research vessel locates a missing ship has promise, and a reimagined adaptation that infuses more imagination and today’s visual effects could work like gangbusters. Think a more family-friendly, action-packed Interstellar. Luckily, such a remake is in the works.

This horror film — based on the Florence Engel Randall novel about two young girls who get wrapped up in a mystery — suffered a ton of production issues that resulted in a disjointed release and a finished film that failed to capitalize on its potential. Even in the face of all that, it has developed a bit of a cult following and could be ripe for a darker interpretation that leans into full-on PG-13 territory.

One of the most terrifying “kids’ movies” ever made, this film adaptation of the Ray Bradbury novel tells the story of a mysterious circus and its particularly sinister owner (Jonathan Pryce). The film feels like a Stephen King tale for children and goes to some incredibly dark places. A couple years back, Disney had tapped screenwriter Seth Grahame-Smith to make his directorial debut with a remake, but its development has been quiet ever since.

This sci-fi adventure may not be among Disney’s most memorable entries, but for a generation of kids, it holds a special place in their childhood. Apparently, the studio has recognized the film’s appeal because a remake is currently in development. The original film starred Joey Cramer as a young boy who disappears for eight years before mysteriously re-appearing without having aged a day. No word on who might play the lead role, but can we get Paul Reubens back to voice the pilot of the mysterious spaceship? Please?