Logan has long been hyped as a hyper-realistic character drama, set to transcend the superhero genre entirely. It’s also Hugh Jackman’s final turn as Wolverine, and that all comes after upwards of 17 years in the role, making the movie a milestone in the X-Men saga.

The debut of the first trailer was every bit as intriguing as we’d hoped for. Using Johnny Cash’s rendition of “Hurt,” it was a grim, understated peek into a whole different kind of X-Men movie. For the movie’s second trailer though, it doesn’t skimp on the more action-oriented side of things in the slightest. Here’s what we saw.

In the comics, Laura Kinney (aka X-23) is a young female clone of Wolverine. We don’t know if that’s exactly her origin in Logan, but it’s clear she carries some of the same wild tendencies. As it stands, the relationship between Laura and Logan seems to fall very much in the “father/daughter” category, evidenced by the first scene of the trailer. In it, she shoplifts from a gas station mini-mart, attacks the attendant, and is chastised by Wolverine with a succinct “NOT OK.” Yeah, this is going to be fun.

2. Evidence that this will feel a whole lot like a classic Western 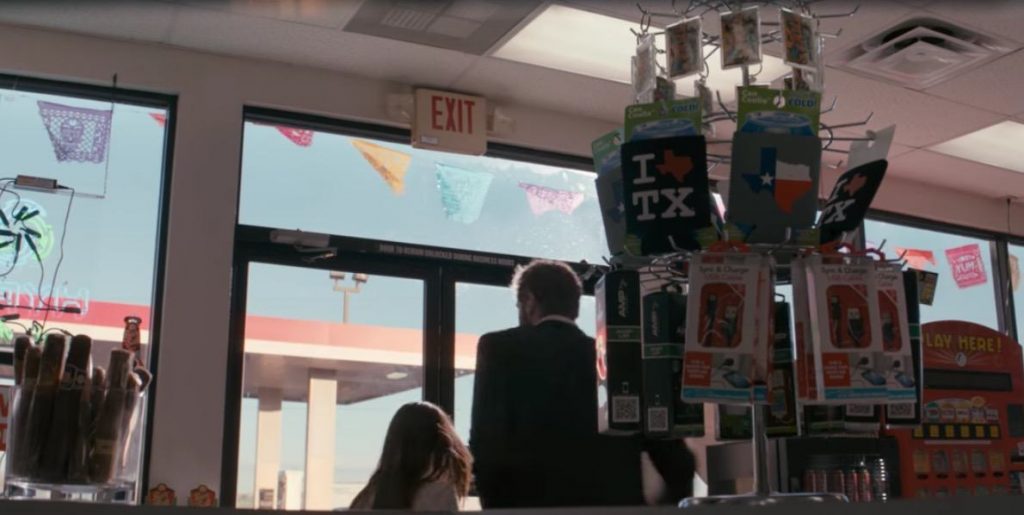 The original “Old Man Logan” comic series from Marvel carried a decidedly Western feel to it, and it looks like the movie adaptation will employ a similar tone. We see that in the opening moments of the trailer, where our heroes walk by a display featuring kitschy Texan souvenirs, firmly establishing the setting in a classic Old West locale.

3. Getting just a little meta 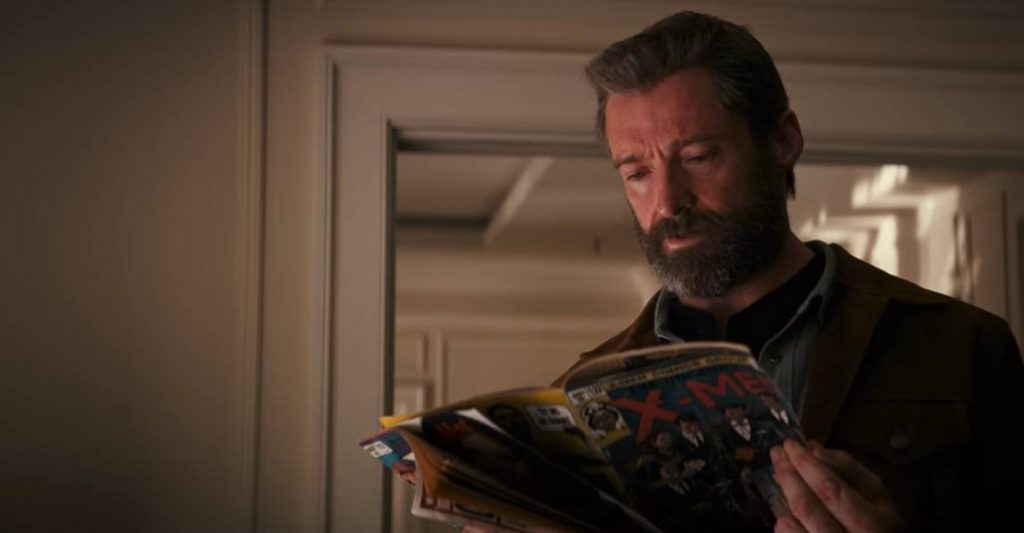 Deadpool set the bar for meta-commentary inside of a superhero movie last year, but it looks as though Logan will at least dip a toe in those waters. Exhibit A: The literal X-Men comic book series that apparently exists inside the movie’s own universe. It’s also worth noting that it’s not a Marvel series, as it’s penned instead by “The X-Men Comic Group.” Either way, it’s a fun little nod to fans, and an interesting way for our main character to literally look back on his past exploits. 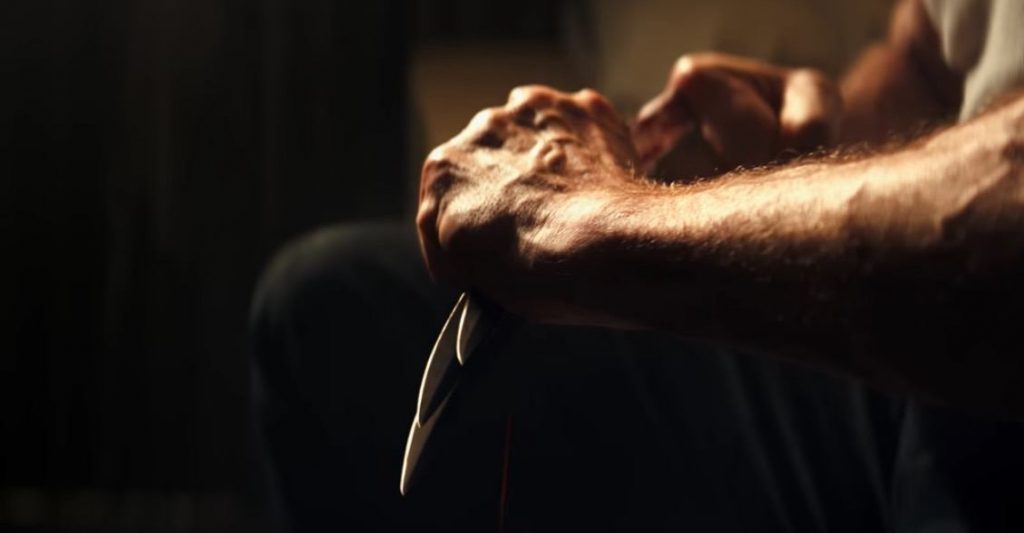 If Logan grabbing his claws and intentionally bleeding himself is any indication, our hero is clearly in a dark place. What we don’t know is why exactly he’s putting himself through that pain, and your guess is as good as ours. Whatever the reason, Wolverine has seen better days, making his chance encounter with X-23 that much more impactful.

5. Donald Pierce promises to be a formidable foe 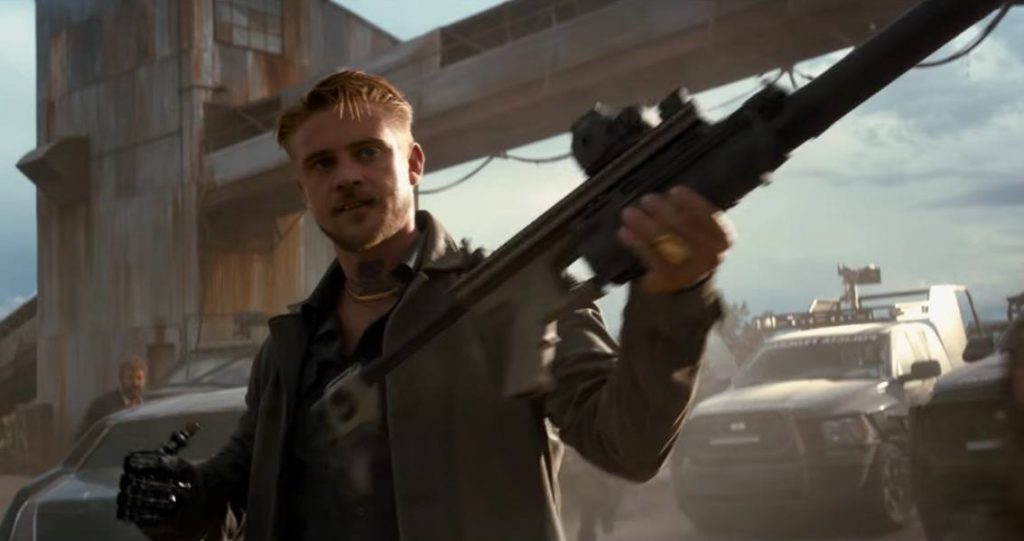 Donald Pierce’s comic book origins paint him as a vehement mutant-hater, and something of a genocidal maniac. He’ll play a similar role in Logan, and in the process, will be giving our heroes a whole lot of trouble. Above, we see him dispatching Wolverine with a few well-placed blows, showing both his own considerable capabilities, and Logan’s own limitations in his weakened, older state.

X-23 may be a young girl, but she’s far from helpless. Equipped with twin adamantium claws on either hand, she makes quick work of a trained soldier tasked with putting her in cuffs, before going on a violent slashing-spree against the remainder of Pierce’s men.

7. We might know why Pierce and his men are after Laura

We know Pierce’s own motivations for tracking down mutants, and yet there are still larger forces at play here. Above, we see Dr. Zander Rice, who in the comics is the man responsible for creating X-23. Following in the footsteps of his father who worked on the original Mutant X program, he has a vested interest in experimenting on mutants with a healing ability like Wolverine’s. Now, X-23 appears to have escaped from his custody, as Pierce and his men attempt to capture and return her to her creator.

Patrick Stewart returns to reprise his role as Charles Xavier, and will do so as the character approaches his final days. As his mind begins to deteriorate, it makes his powerful psychic abilities that much more unpredictable. We see that in the trailer, as Charles unleashes his powers, while X-23 attempts to crawl toward him, likely in an effort to rein him back in. 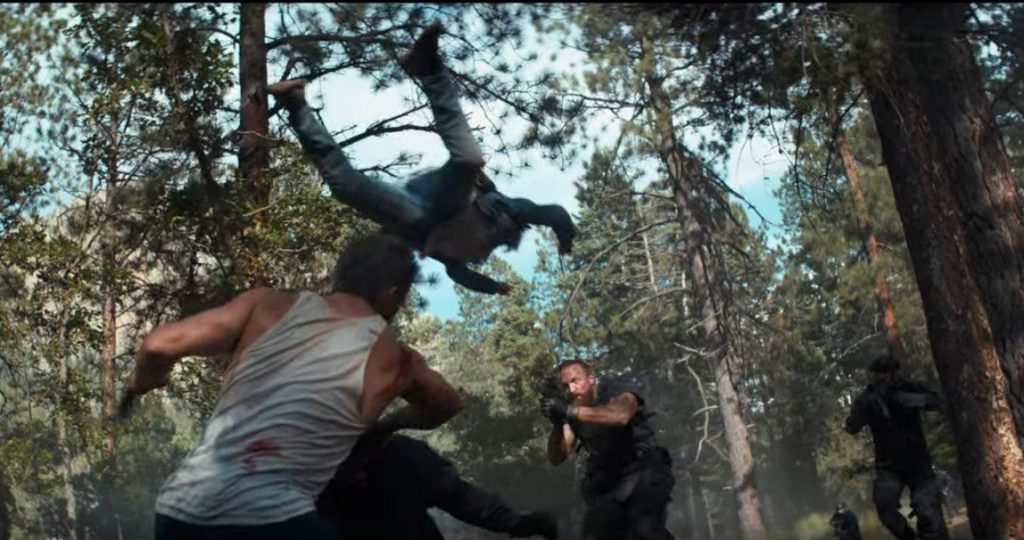 Modern action films have become insanely reliant on quick-cutting. One single fight sequence will typically feature 30-plus cuts to hide the faces of stunt doubles, and often the lack of actual fighting ability of the stars when doubles aren’t present. Logan will defy convention though, offering a refreshingly steady camera for its own fight scenes. The second trailer shows us that firsthand, as we clearly see Hugh Jackman kicking ass and taking names, all with minimal cutting among the action.

10. The close relationship between Logan and Laura

There’s a good chance that Charles Xavier doesn’t make it to the end of this movie. That being so, it’ll likely leave Laura in the care of Logan, a man who’s gotten by in life by avoiding attachment. It’ll be an interesting dynamic between the two characters, balancing Logan’s own naturally jaded nature with a young girl he sees too much of himself in.