Will Loki Return in ‘Avengers 4’? There’s Some Compelling Evidence

Warning: This post will contain spoilers for Avengers: Infinity War.

Avengers: Infinity War devastates us right from the opening scene, with Thanos brutally murdering Loki within the first 10 minutes of the film. But we’ve seen Loki return from apparent death before, so might he do so again? Will we see Loki in Avengers 4? Although Thanos promised that there will be no resurrections this time, fans aren’t convinced.

One common theory is that the Loki we saw in the opening of Infinity War was actually an illusion; viewers have a hard time believing that a character known for his clever deceptions would try to betray Thanos in such a sloppy fashion, just straight up attempting to stab him without attempting any kind of illusion at all.

This week, Reddit user radkarth pointed to the fact that Loki is right-handed, yet he wields his weapon in his left hand during the opening scene of Infinity War. According to this theory, this is meant to hint that the Loki we’re seeing is actually a mirror of the real Loki, who is hiding elsewhere in the ship and presumably escaped after Thanos and the Black Order left.

Granted, there are other explanations for why Loki would wield his weapon in his left hand, including the fact that he has the Tesseract in his right hand and the fact that the Black Order is on his right. Still, we wouldn’t put it past Marvel to sneak a hint like that into the scene.

If that doesn’t convince you, there are plenty of other Loki theories out there, with one suggesting that he actually used the Space Stone to teleport himself off the ship while everyone was distracted by the Hulk. It was implied in Thor: Ragnarok that Loki can make himself appear somewhere when he’s actually far away, so it should be possible for him to leave the ship but still project himself onto it. By making Thanos believe him to be dead, this allows him to make the perfect getaway.

There’s even one wild theory that Loki disguised himself as Bruce Banner and that the Bruce we see throughout the entirety of Infinity War is really Loki. This would explain why he is unable to turn into The Hulk. That one seems a bit silly, but if true, it would certainly make for a shocking twist. 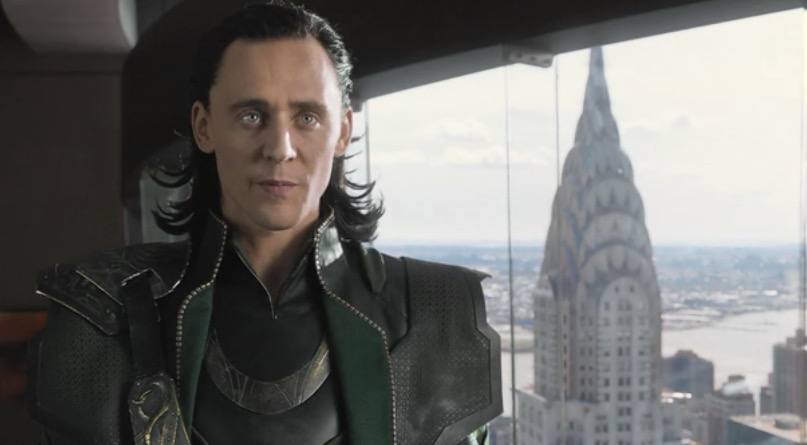 In that scene, Loki looks exactly like he did during the Battle of New York, and other set photos reveal that there’s some sort of sequence in the movie that involves recreating the third act from 2012’s The Avengers. It seems that the characters will be traveling in time, or perhaps through alternate dimensions, and so Hiddleston will play Loki again in this fashion.

It’s also worth noting that there’s a lot of evidence that much of the calamity of Infinity War is going to be undone. Obviously, everyone who died during Thanos’ snap will return, but it also appears that Gamora is coming back. If Gamora is returning, that could imply that the time travel shenanigans will simply reset everything to the way it was before Infinity War, which would allow for Loki to return.

Granted, it’s always possible that Loki will stay dead. Maybe Gamora can return because she is trapped in the Soul Stone, having been killed as a sacrifice to unlock it. But until the credits of Avengers 4, we probably shouldn’t place any bets on Loki really being gone for good.