In 2016, Marvel officially unveiled their third separate Netflix series with Luke Cage, and reviews were largely positive. The show works on both a topical level and a thematic one, firmly establishing itself within the greater context of the Marvel Cinematic Universe (MCU). That context has made for frequent references to the show’s Marvel contemporaries. From nods to the original Luke Cage: Hero For Hire comic book series, to mentions of heroes in other MCU movies and TV shows, it’s a veritable gold mine of Easter eggs. We picked out the best ones over the 13-episode run. 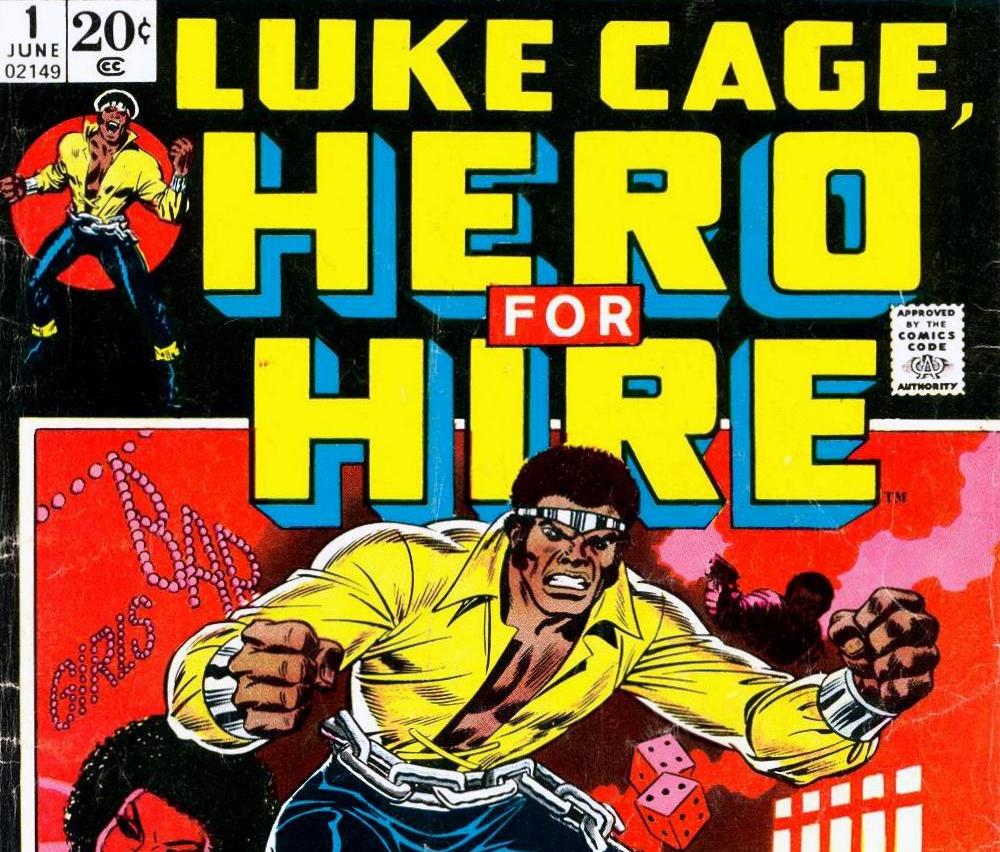 The original Luke Cage comic series was titled Luke Cage: Hero For Hire, referencing the agency run by Cage and Danny Rand (Iron Fist). The duo were exactly what they sound like: for-hire superheroes, offering their services in exchange for money. In Marvel’s Netflix series, we see the exact opposite. Early episodes show people attempting to pay Luke for saving them, and he continually turns them down, claiming he’s “not for hire,” making for a subtle nod to his comic book counterpart. Whether he’ll flip on that stance and turn Pop’s vacant barbershop into the Hero For Hire agency in a later season remains to be seen. 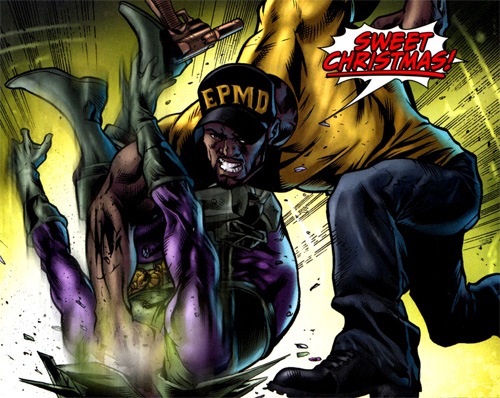 Throughout the debut season of Luke Cage, we hear our hero utter “Sweet Christmas” following moments of shock or surprise. And if that phrase seems a tad dated, well, that’s because it is. “Sweet Christmas” comes straight from the 1970s comics, used throughout as Cage’s go-to catchphrase. Remember back to Season 1 of Jessica Jones and you might even recall Cage saying it after he first hooks up with Jones in an early episode. 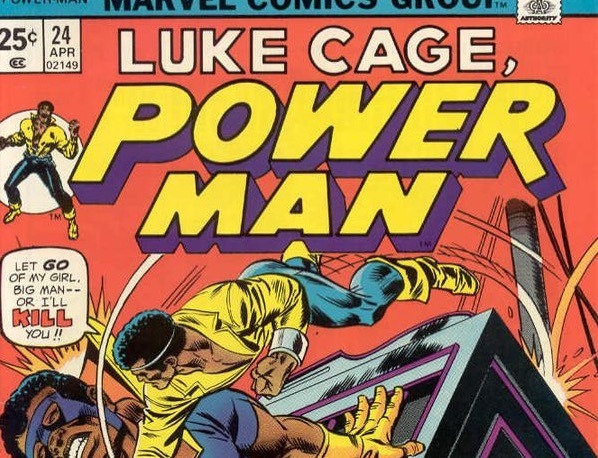 Luke Cage began as a comic book hero without a flashy name. That didn’t last long though, with his series getting retitled “Power Man” in its 17th issue. It certainly wasn’t the most creative of superhero titles, but alas, it persisted for over a decade into his run with Marvel, before Cage finally shed it in the early ’90s.

In Netflix’s Luke Cage series, we see Pops refer to Luke as Power Man early on. It doesn’t quite stick with anyone else (it scores one more mention later on), but it’s a cool little hat-tip to the character’s origins nonetheless.

4. The Incident (and other Avengers references) 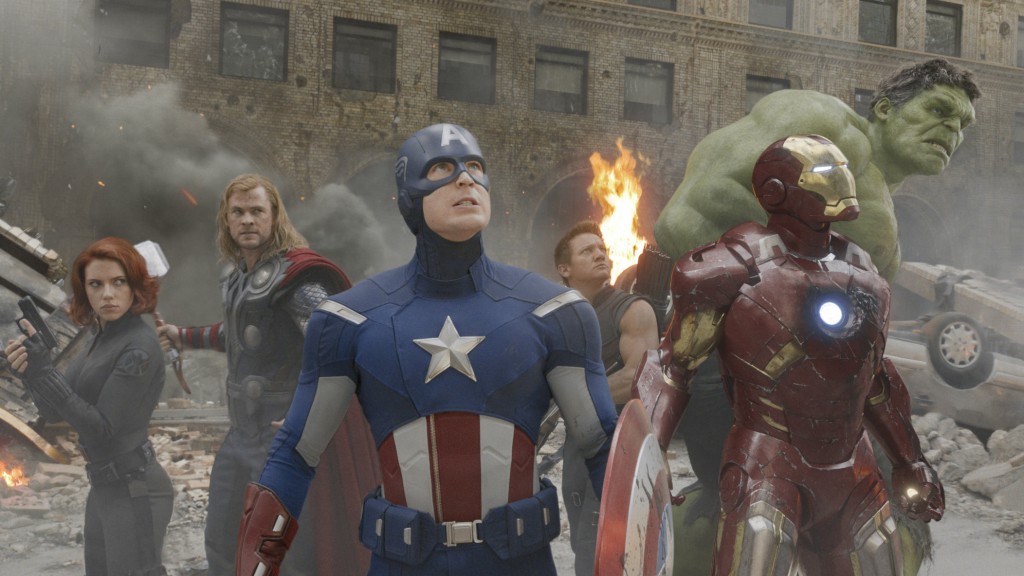 Netflix’s Marvel series have made a point to address the post-Avengers fallout in New York City. Half of Manhattan was leveled by alien invaders in what’s being labeled “The Incident,” and rebuilding has been a slow process.

In Luke Cage, we see frequent references, including a kid selling bootlegged high-def video footage of the Incident itself. His sales pitch runs through most the Avengers’ roster too, advertising “the blonde dude with the hammer, the old dude with the shield, [and] the green monster” among others.

5. Jessica Jones, Daredevil, and the Punisher 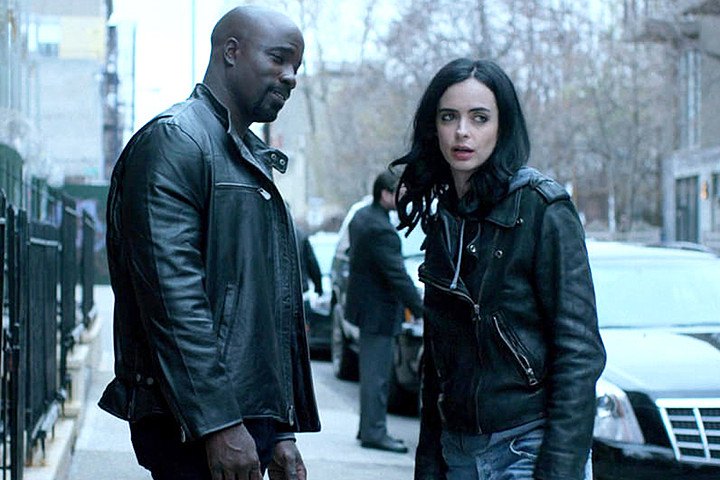 While we don’t explicitly see any of the three other main heroes of Marvel’s Netflix universe, we do see them all get name-checked to varying degrees. Jessica Jones is brought up early, as the woman who took a shotgun to Luke’s head, something he naturally doesn’t remember fondly. Daredevil is brought up for his day job, with Claire Temple (Rosario Dawson) mentioning that she knows a good lawyer in Hell’s Kitchen. The Punisher comes up in the third-to-last episode, with the assistant district attorney from Daredevil‘s second season cautioning against the proliferation of more powerful guns, with Frank Castle’s citywide murder-spree acting as Exhibit A. 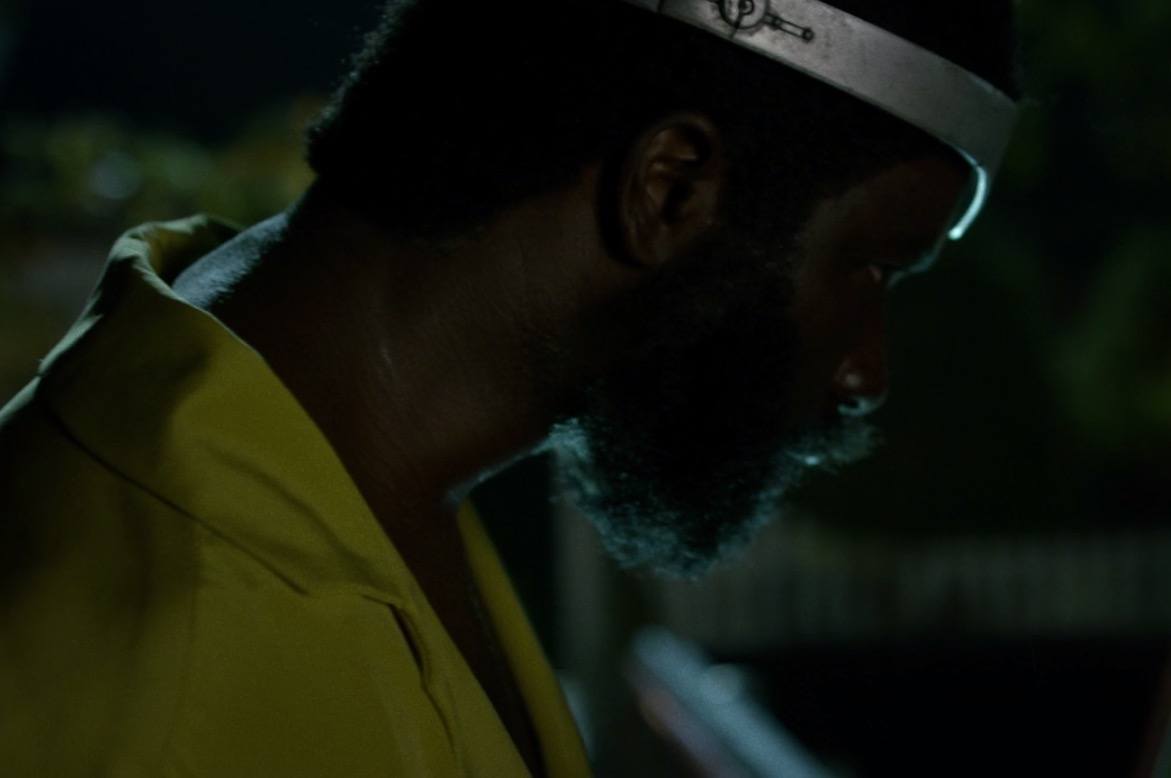 Even keeping in mind that Luke Cage: Hero For Hire first debuted in the ’70s, his getup was a tad ridiculous. His comic book costume consisted of what amounted to a silver tiara, matching metal wristbands, and a flowing, low-cut yellow shirt. Netflix’s Luke Cage takes a dig at the outfit in the episode that dives into his origin story. After a botched experiment at Seagate Prison grants him invulnerability, he escapes, wearing nothing but a pair of pants and what remained of his metal restraints. He grabs a yellow shirt from a clothesline, catches a look at himself in a reflection, and aptly points out, “I look like a damn fool.” So much for the long term promise of his original costume. 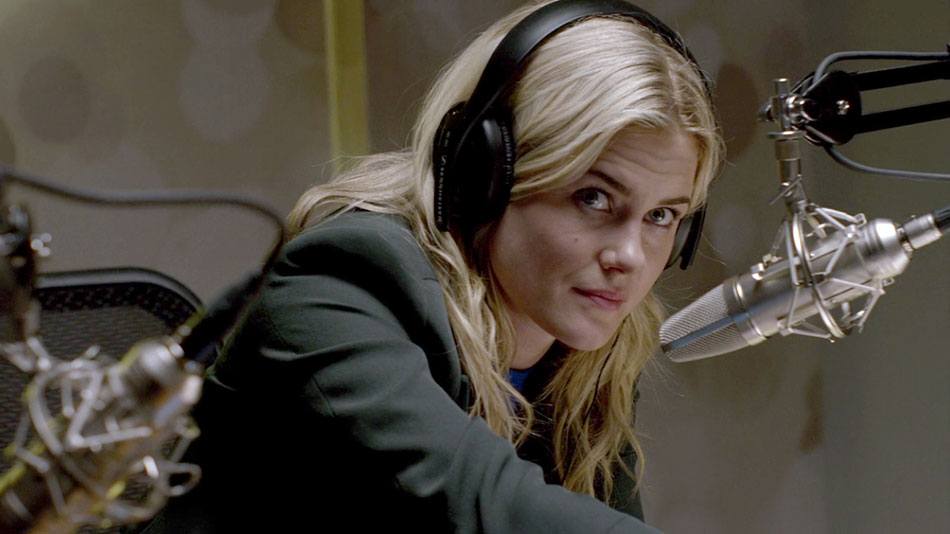 Trish Walker was an important character in Jessica Jones, acting as a central thematic force, and teasing at her potential future role as Hellcat. We see her appear briefly in Luke Cage, in the form of her radio talkshow, “Trish Talk,” where she expounds on the virtues of Harlem’s newest hero. It seems probable that Trish will begin to play a larger role in unifying the players who will eventually compose the Defenders, especially given her prominent role in the media and the influence that affords her. For now, we’ll settle for her cameo in Luke Cage. 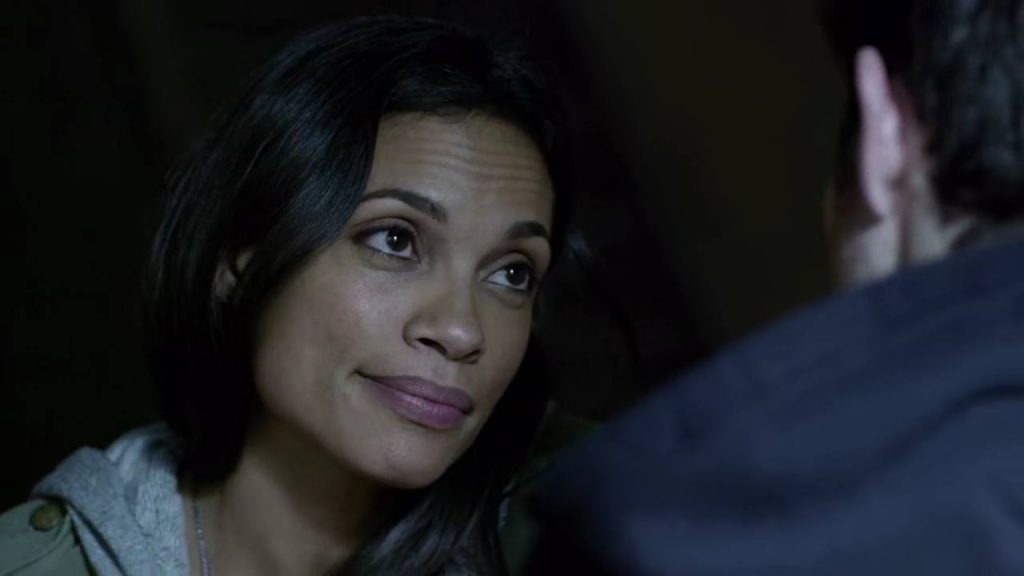 Throughout the four seasons and three shows, Marvel has produced so far on Netflix, only one character that has showed up in every single one: Claire Temple, played by Rosario Dawson. Throughout her lengthy run, she’s acted as the go-to nurse for discreet medical care wherever it’s required by New York’s vigilantes. At one point in Luke Cage, someone refers to her as “Night Nurse,” and it’s a name that carries a whole lot of meaning. Night Nurse’s comic book role is identical to that of Claire Temple’s, with a long history of patching up the likes of Daredevil, Luke Cage, and Iron Fist. 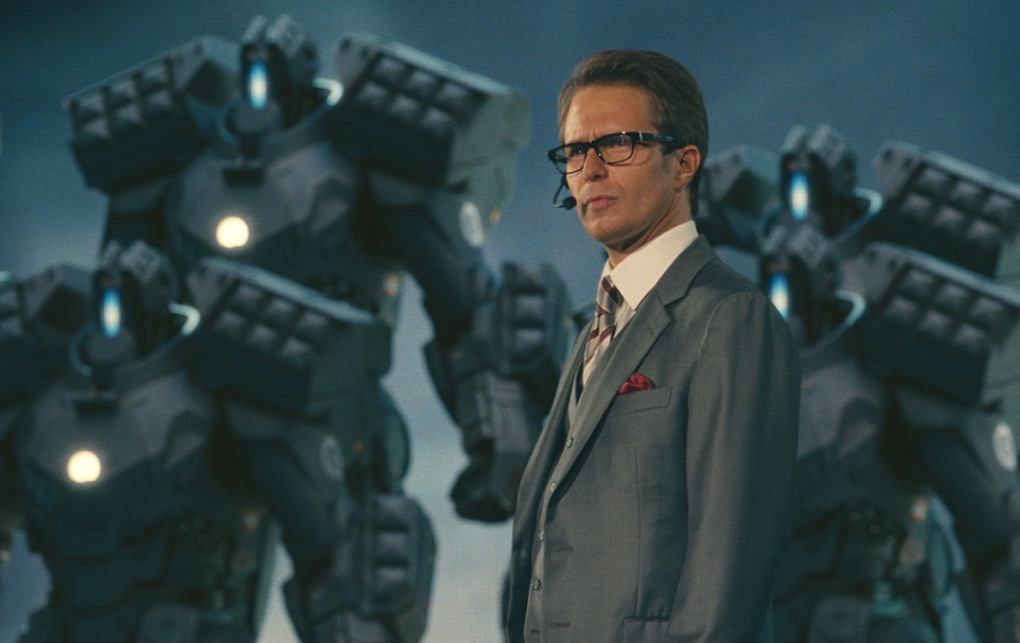 The main villain for the first half of Luke Cage is gun-dealer Cornell “Cottonmouth” Stokes, who spends much of his time trying to figure out how a sale of illegally acquired HammerTech weapons went sideways. This reference goes all the way back to Iron Man 2, with HammerTech’s founder and CEO, Justin Hammer, acting as the primary adversary to Tony Stark. As far as we know, Hammer is still rotting in prison, while his company apparently lives on as the world’s foremost weapons manufacturer. 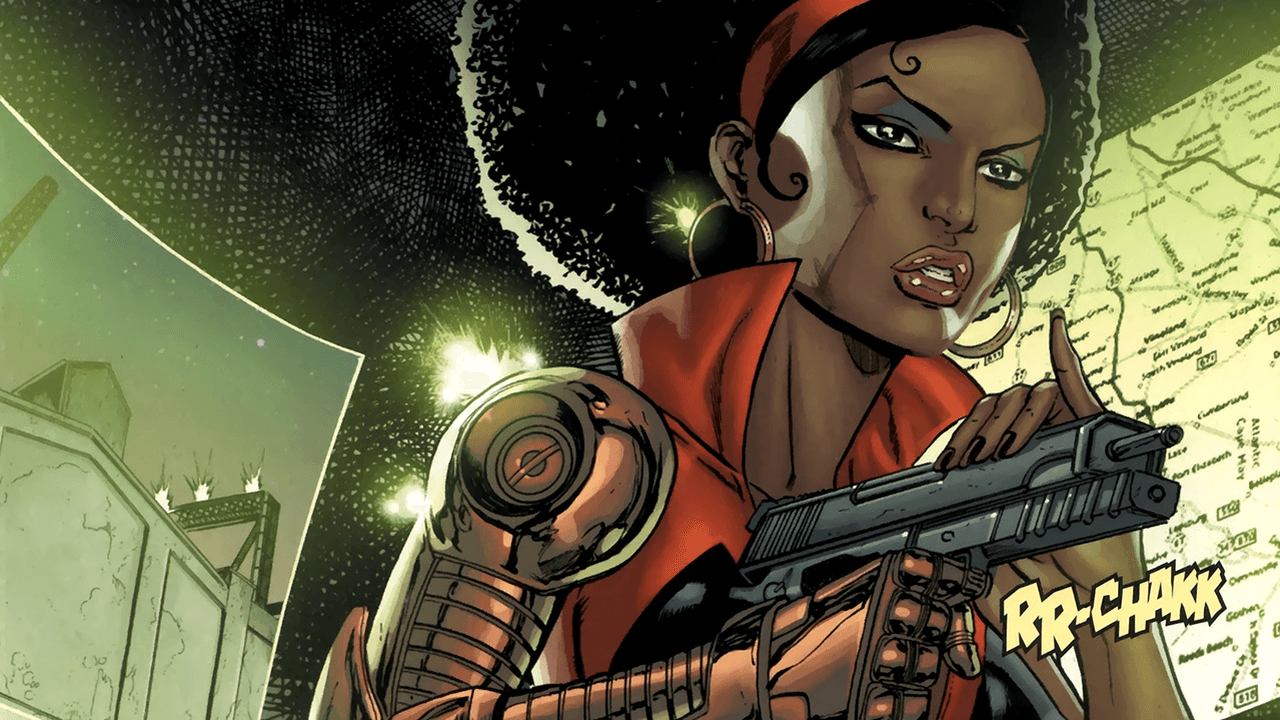 Misty Knight often plays a major role in Luke Cage‘s comic series, teaming up with Luke and Iron Fist to help run their Heroes For Hire agency. Her Netflix role is considerably different, although we see a couple teases at her original story (spoilers for the end of the season are incoming, so consider this your warning).

After getting shot through her right arm, Misty Knight is warned by Claire that the limb might need to be amputated if it’s not treated quickly. We now know she actually ends up losing it–just like she does in the comics — and ends up with a bionic right arm provided to her by Stark Industries.

Luke Cage is available to watch on Netflix now!