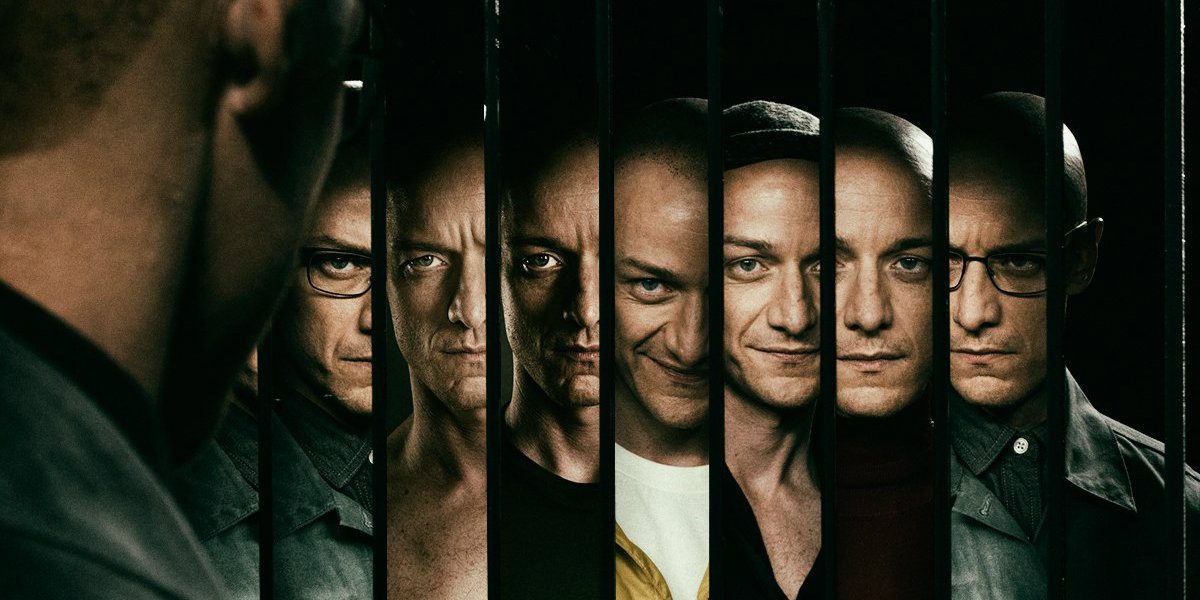 Split, M. Night Shyamalan’s latest feature as a director, made its debut in theaters in January 2017. At one time, a movie from Shyamalan would have been a cause for rejoicing.  He was considered a new film wunderkind destined for great things, primarily on the strength of his breakthrough film, The Sixth Sense. But now, it’s difficult to trust any new offering from the director. His works have varied so wildly in terms of quality, with his later efforts like The Happening and The Last Airbender, becoming nearly unwatchable.

With the director recently confirming that he’s making sequels to both Split and 2000’s Unbreakable, let’s take a look back at some of his good (and not-so-good) work. 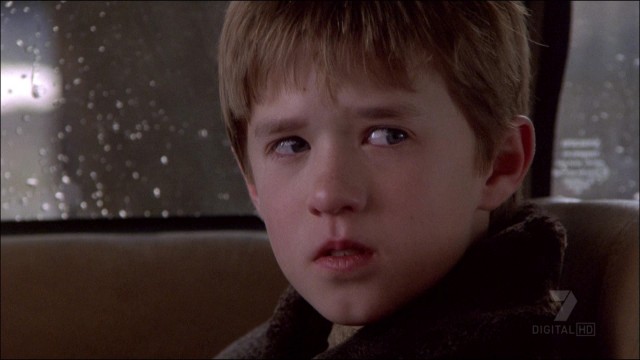 Despite the disparity in quality in his work, I don’t believe the films of Shyamalan are all that different from one another. His directorial style, no matter the movie, is generally easy to spot through his cinematography and his way of directing actors. His shots linger and hover, and use shallow focus or objects in the frame to obscure some of the action. His actors whisper each line with big eyes, as if their every word were of monumental significance. There is always time for a long pause in the dialogue, or in the action.

The formula seemed less obvious initially, as The Sixth Sense announced him as a director to be watched. To my mind, this is easily Shyamalan’s best, a film about regret and finding peace that uses emotion to become more than the sum of its scares and twists — even if those scares and twists are still pretty damn good. Bruce Willis and a young Haley Joel Osment, in maybe one of the best performances by a child actor ever, deserve much of the credit for making the central relationship feel genuine and affecting. It hardly mattered that the film was deliberately paced and filled with lines of whispery significance (“I see dead people”), like later Shyamalan efforts, when we truly cared about the characters and what they were going through. 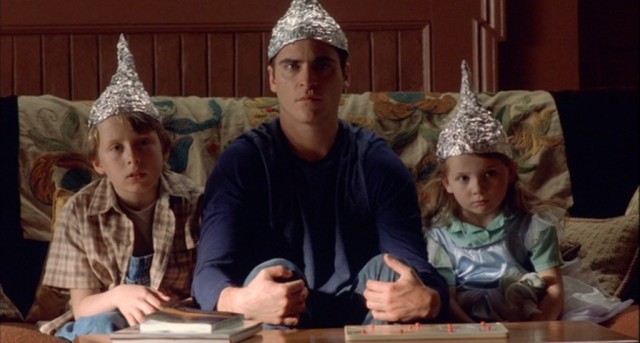 With his second feature Unbreakable,  Shyamalan created one of the more plausible superhero movies, casting Willis again as a brooding lead and Samuel L. Jackson as a crippled mentor figure. Again, Shyamalan had the privilege of working with two talented actors operating near the top of their game to help give his material weight, though the script is admittedly pretty good. The slow pace is a boon in some ways but a flaw in others, as the movie feels unfinished when it finally cuts to black, reflecting the fact that Shyamalan once intended to turn the film into a trilogy.

With Signs and The Village, the cracks in the director’s formula became steadily clearer. Mel Gibson stars as a conflicted preacher in the heady alien invasion thriller Signs, a film about destiny that becomes sillier the more one thinks about it. Despite an arc about faith that comes close to being compelling, Signs is like a sweater with a thousand loose threads — pull one, and the whole movie unravels in a heap of pointlessly surreal dialogue.

While The Village was panned even more, partially due to its faulty marketing campaign,  I’d argue the film is at least competent, albeit boring. The plot is slowed to a crawl and most of the main characters aren’t given nearly enough to do or say.  The reveal has interesting implications, but its impact on the characters and the story is never quite clear. 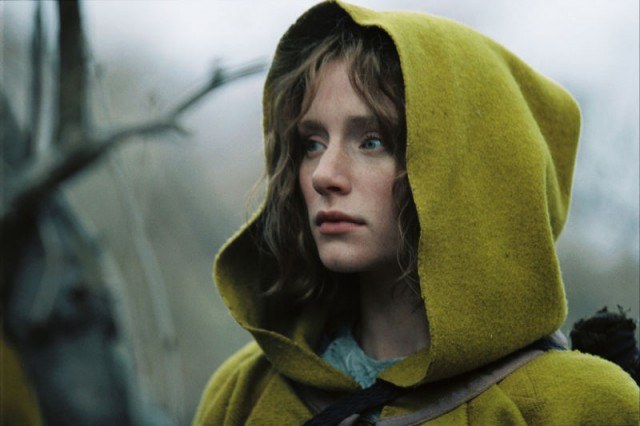 In both films, Shyamalan reveals his weaknesses as a writer. He believes having his characters say nonsensical lines automatically makes for interesting dialogue. He believes restraint is automatically artful. He believes he can create great art, and this belief, coupled with a feeling of persecution by narrow-minded film critics, helped spawn his seventh film, and his first disaster. It’s hard to imagine a film more self-indulgent than Lady in the Water, a modern-day fairy tale played out in slow motion, wherein a gaggle of one-dimensional apartment dwellers team up to save Bryce Dallas Howard’s intolerably ethereal water nymph. Much of the film is drawn-out exposition (coming from Asian stereotypes) that’s hard to follow simply because it’s so uninteresting.

Signs or The Village might make me dislike Shyamalan as a director, but Lady in the Water makes me dislike him as a person. Who could be so self-absorbed as to cast himself (even though he can’t act) as a writer tasked with crafting a misunderstood masterpiece that will eventually change the world? M. Night Shyamalan, ladies and gentlemen. 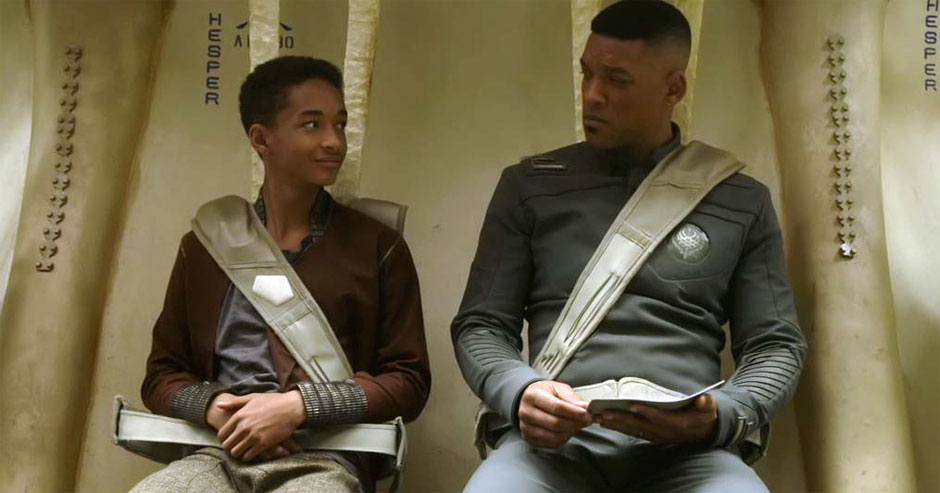 From there, Shyamalan’s career mostly flat lines into laughable failures, The Happening being the most laughable and maybe his most entertaining film to date, though not for the reasons intended. It plays almost like a parody of Shyamalan’s bizarre impulses as a storyteller.

The Last Airbender is humorless and horrible, unlike the animated series it’s based on, though the blame for this one may belong more to the studio than to Shyamalan. After Earth is a tedious exercise in science fiction featuring some confused moralizing and bland performances from Will and Jaden Smith, but at least it’s mostly forgettable.

Shyamalan lives and dies on the strength of his script. His sense of self-importance and self-satisfaction is almost always evident through his slow pacing and attention-getting shot choices, but they hardly matter when the story and the characters are strong enough to get an audience invested despite all the surreal “jokes” and whispered revelations. The Sixth Sense was strong enough. Lady in the Water was not, by a long shot. Split received generally positive reviews from critics, with McAvoy’s individual performance earning particular praise.

With two more anticipated sequels in the works, it’ll be interesting to see if Shyamalan continues that streak and is able to deliver more films that land on the right side of that line.