Macklemore and his wife Tricia announced Thursday on Instagram they are expecting their second baby. The rapper made the announcement in a video whereby he prepared to cut into a pink and blue gender reveal cake. 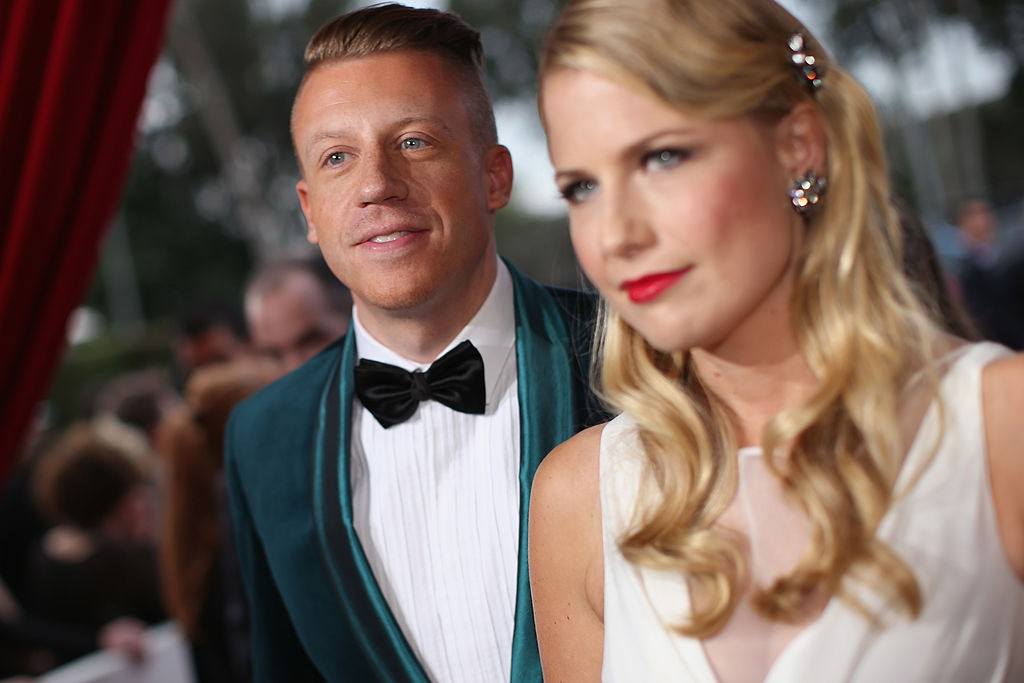 “You guys have been such a huge part of our lives that I wanted to let you in on a little secret. Trisha is pregnant, and today we are going to find out the gender of our child.” Tricia is seen in the background, kissing daughter Sloane. The pink and blue cake is finally cut open – with excited parents and family members waiting in suspense – only to reveal, well, something else.

Seattle… Second time’s the charm. (and yes, both announcements are true)

Which leaves us hanging as to the gender of the new bundle of joy. Macklemore, whose real name is Ben Haggerty, 34, married wife Tricia Davis in 2015. The couple welcomed first child Sloane Ava Simone that year.

The Grammy-winner is scheduled to perform Dec. 22, 2017 in his hometown, Seattle. The newly-added show will take place the following day, Dec. 23. Tickets for this show go on sale Friday, Sept. 29.

On June 15, the rapper released “Glorious” featuring singer Skylar Grey, as the lead single from his second solo album Gemini. The album itself was released Sept. 22. It was produced by longtime collaborator Budo.