How Much Does Macy’s Spend on The Thanksgiving Parade?

To state the obvious: Macy’s Thanksgiving Day Parade is one of the most extravagant events of the year. From the giant balloons that tower between one and six stories high to the award-winning performers and celebrity appearances, it’s something many Americans look forward to every holiday season. And while many of the parade’s components — i.e. the balloons and floats — are sponsored by other companies, Macy’s forks out a lot of money for the annual event. How much does Macy’s spend on the Thanksgiving Parade? Find out, ahead. 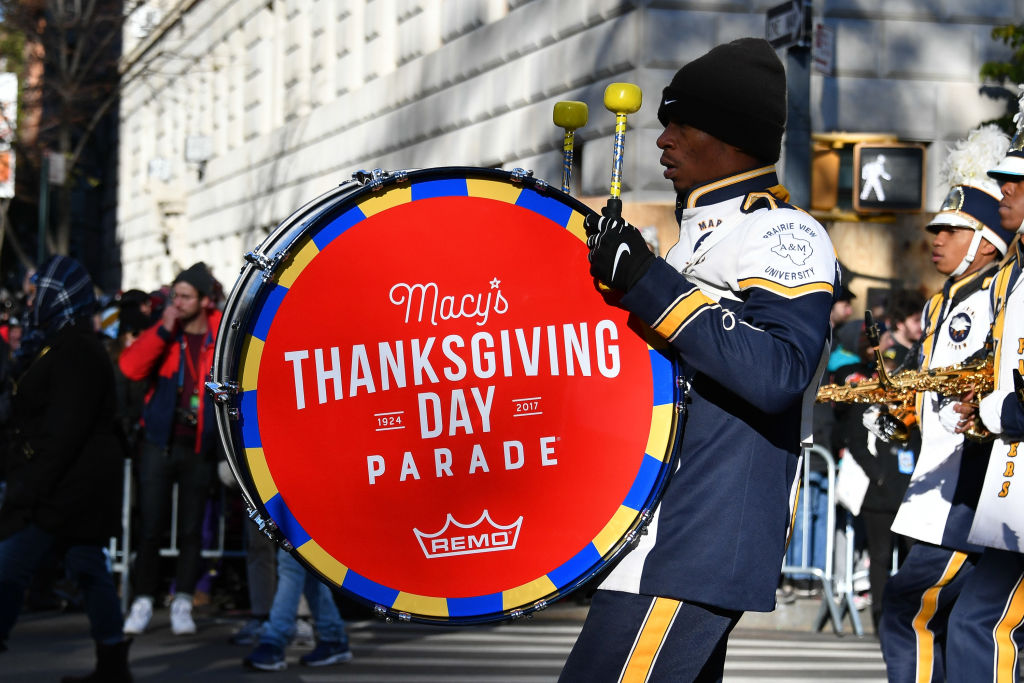 How much does Macy’s spend on the Thanksgiving Parade?

According to CBS, the estimated annual cost of the Macy’s Thanksgiving Day Parade is somewhere between $11.6 million and $13.4 million. The cost of property taxes, staff salaries, float decorations, and parade supplies is somewhere between $2.7 million and $4.5 million. In addition, it costs a lot of money to fill up the giant balloons with helium. Some reports say that Macy’s spends a minimum of $510,000 worth of helium to fill the balloons.

On top of that, the studio space — an old Tootsie Roll factory in Hoboken, New Jersey — and costumes also costs a pretty penny. Assets for the parade amount to about $8.9 million. The annual expenses and assets combined reach somewhere between $10.4 million to $12.3 million, not including the amount of money spent on helium and other miscellaneous expenses.

That said, the department store doesn’t pay for all of the expenses themselves. In fact, much of the parade is sponsored by well-known companies like Kinder, Nickelodeon, Dream Works, and McDonald’s. Here are some other surprising Macy’s Thanksgiving Day Parade costs.

Companies spend a lot of money to sponsor balloons — especially the large ones like Red Mighty Morphin Power Ranger, which is making its 25th debut this year. With all the work (and money) that goes into designing, creating, and inflating a new balloon, Macy’s studio charges upwards of $190,000 per new balloon.

Since purchasing a new balloon for the parade costs so much money, companies usually invest for several years. And, since a new balloon doesn’t need to be designed and created, they pay $90,000 to participate each consecutive year.

Construction for a new float costs anywhere between $30,000 and $100,000. A lot of time and supplies go into creating a Macy’s Thanksgiving Day Parade float. In fact, some floats take between four to nine months to complete and feature up to 200 pounds of glitter.

To purchase a float for the Macy’s Thanksgiving Day Parade, companies fork over between $780,000 to $2.6 million total. In addition to the design and construction of the float, a lot of help goes into the deconstruction. Each float has to fold down to a box no wider than 8.5 feet, so it can make its way through the Lincoln Tunnel (from its New Jersey warehouse) into Manhattan.

Costumes are something we might not think about, but they can rack up the bill quite a bit. Some reports say the Macy’s Thanksgiving Day Parade costumes cost around $2 million total. Every year, the department store creates around 700 new costumes to match new float ideas. And, 200 costume fitters help performers get ready to parade on Thanksgiving Day. Following the festivities, the costumes get packed up into about 10 trucks before heading back to the Macy’s studio warehouse.