Where Is The Best Place to See The Macy’s Thanksgiving Day Parade? 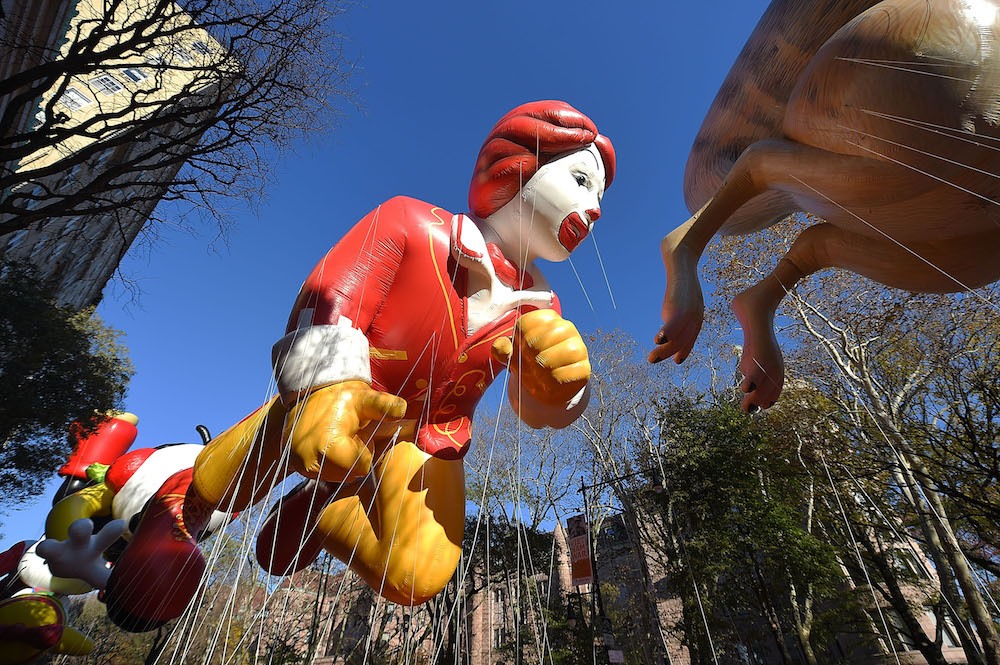 The 92nd annual Macy’s Thanksgiving Day Parade starts at 77th street and Central Park West and heads down Central Park South (at 59th street). After that, it makes its way east towards Sixth Avenue and goes south until it reaches 34th Street, aka Herald Square. The parade finishes at 34th street and Seventh Avenue.

That said, you don’t need to be on the actual parade route to see the balloons. Since many of the balloons are several stories high, you could catch a glimpse of the festivities from a block or two over.

This area of Manhattan is technically along the parade route but closed to the public. If you head this way on the morning of the Macy’s Thanksgiving Day Parade, you’ll be turned around and faced with crowds and frustration. Plan ahead to avoid this stretch.

Steer clear of the grandstand area, too

In addition to keeping away from the 34th and 38th street stretch of Sixth Avenue, you might also want to avoid the grandstand area, which is located near Columbus Circle. The grandstand is closed to the public, which could make for a traffic jam and impossible parade viewing.

Due to the nature of the parade, you could face other street closures that tamper with your Macy’s Thanksgiving Day Parade viewing. Stake out a spot early so that you don’t miss out on must-see floats and balloons.

If you want a front row seat for the parade start, you’ll need to head to your parade viewing spot early. Some suggest heading towards the parade route and finding your spot as early as 6:00 a.m. ET or earlier.

For those that wish to get there a little later, you can catch up with the parade on Sixth Avenue between 59th and 38th streets. However, these tend to be a bit more crowded, so you’ll still want to stake out a spot ahead of time.

Crowds are heaviest near Herald Square

If you want to avoid large crowds, you’re out of luck. Macy’s Thanksgiving Day Parade is one of the most crowded events in New York City. That said, the farther you are from Herald Square, the better. Crowds tend to flock towards the parade’s final destination.

There is no viewing on Central Park South

The parade route might head down central park south, but there is no viewing there. Keep that in mind when locating a spot to watch the festivities.

If you are taking the subway to the parade route, don’t get off at the Penn Station or 34th Street Herald Square subway stations. Due to filming and the parade finale area, these stations will be a nightmare and drop you off directly near the street closures.

Where is the best place to see Macy’s Thanksgiving Day Parade?

One of the best areas to view the Macy’s Thanksgiving Day Parade is early on in the parade route at Central Park West in the 60s and 70s. However, this spot can easily become the worst viewing area if you don’t allow enough time to stake out a spot. Plan ahead and meet along this portion of the parade route around 6:00 a.m ET or earlier for the best views.

If you don’t want to be front and center in the action, you could spot a glimpse of the parade from the park itself. Head into Central Park’s west side and climb onto a hill or playground area for a peek.