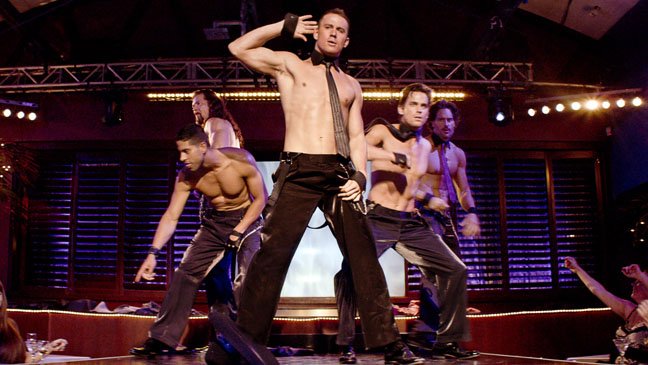 After weeks of speculation and unofficial teasers, Warner Bros. has finally released the cast list and first official synopsis for Magic Mike XXL. In addition to featuring many of the original buff, testosterone-packed crew we saw in the 2012 strip club flick, the much-discussed sequel has added a whole new slew of stellar — and in some cases, unexpected — names to the story.

Channing Tatum will once again star as the title role in the follow-up film, which he also wrote and is producing. Per the synopsis, the movie will pick up three years after the last film, in which Mike decided to leave the stripper life while still at the top of this game. This time, the remaining Kings of Tampa are also ready to throw in the towel, but not in a small way. Instead, they want to go out with a bang, by “burning down the house in one last blow-out performance in Myrtle Beach, and with legendary headliner Magic Mike sharing the spotlight with them.”

The flick will follow as they road trip to their destination, making stops in Jacksonville and Savannah along the way “to renew old acquaintances and make new friends.” The journey will help Mike and the rest of the crew to “learn some new moves and shake off the past in surprising ways.”

In addition to Tatum, other previously announced returning cast members include Matt Bomer, Joe Manganiello, Kevin Nash, Adam Rodriguez, and Gabriel Igleisas. Unfortunately, Magic Mike XXL did lose two significant characters with the departure of Alex Pettyfer, who played Adam “The Kid,” and Matthew McConaughey, whose performance as the charismatic strip club owner Dallas earned him critical acclaim and made him an audience favorite.

Still, it looks like the sequel will make up for their losses with multiple notable new additions, particularly to the female portion of the cast. As previously announced, Amber Heard, Andie McDowell, and Jada Pinkett-Smith will all be appearing in the movie this time around. While what exactly their roles will entail has yet to be confirmed, Deadline reported that Pinkett-Smith will play a strip club owner, which certainly seems plausible, especially given McConaughey’s exit.

But they’re not the only new faces moviegoers can expect to see. Just this week, it was announced that Elizabeth Banks, Donald Glover, and football star-turned-talk show host Michael Strahan will also be joining the cast. Once again, no specific details about their roles have been revealed. However, Strahan, who is perhaps the most surprising addition to the movie, did hint at the nature of the role while announcing his participation in the flick on his show, Live! with Kelly and Michael. The co-host revealed that he had recently learned his wardrobe for the movie consisted of very little, seemingly signifying he will be joining the other boys on stage as a stripper at some point.

The cast won’t be the only important aspect of the movie to undergo a change from the original. Academy Award winner Steven Soderbergh previously stepped out of the director’s chair and is now only on board as an executive producer. In his place, Magic Mike’s first assistant director, Gregory Jacobs, will be taking on the project as his directorial debut. He certainly has a lot to live up to. Soderbergh’s Magic Mike became one of the most impressive, if surprising, hits of 2012, earning over $170 million at the box office from a budget of just $7 million. We’ll have to stay tuned to see if Magic Mike XXL can replicate that same success with the help of these new cast members.