Mariah Carey appears in a new photo shoot in Paper magazine, topless yet covered by her wavy blond locks and talking about wrapping up her first-ever Las Vegas residency. Fans in turn took to the songstress’ Instagram page to express their opinions about what they claimed was excessive Photoshopping.

“Airbrushed much?” and “That’s not your body!” were among the comments appearing on social media regarding the photo shoot. The singer, 47, did not respond directly, but did step out with boyfriend Bryan Tanaka, 34, in a mini dress in New York City Aug. 23. “Mariah rocked a plunging mini that showed off her tiny waist…” wrote Jenna Lemoncelli with Hollywood Life.

The Paper photo shoot also features Carey in a fluffy, sequined pink dress outside of a car on the Vegas strip. When asked in the interview what made her decide to do a Vegas show, Carey responded that it would be something to do in between albums, and that she liked having her six-year-old twins in one place for a period of time, she said.

In another recent interview, with Page Six on Aug. 21, Carey says she suffers from low self-esteem. “I have always had low self-esteem, and people do not recognize that.” She referenced how growing up and being biracial made her not know if she fit in, and how music helped her overcome those issues.

Carey is currently touring with Lionel Richie. The “All the Hits” tour kicked off July 21 goes through Sept. 5. The tour consists of 22 shows in North America. Upcoming stops include Aug. 22 in Boston and Aug. 24 in Chicago. 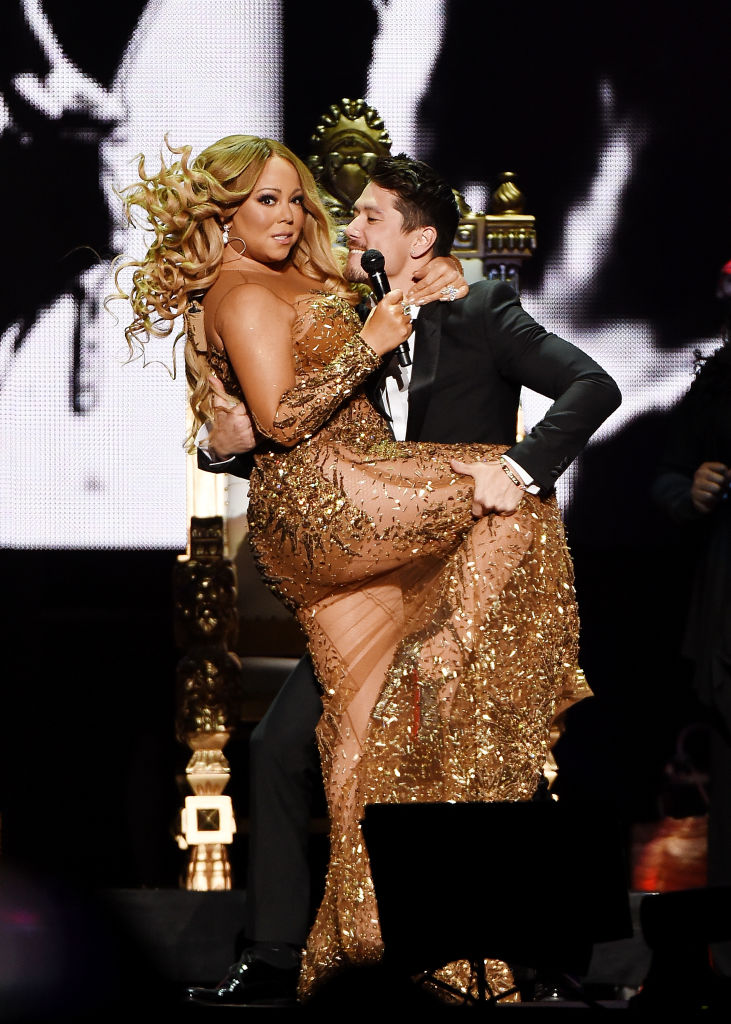 Carey spent much of the past year followed by cameras for her Mariah’s World documentary series. For the show, cameras followed her as she kicked off her Sweet Sweet Fantasy Tour which took place in Europe and Africa.