After suffering two injuries in back-to-back concerts this weekend, Marilyn Manson has canceled nine upcoming shows of his Heaven Upside Down tour. A stage prop of two giant guns fell on the rocker Saturday night in New York City, during the third concert of the tour. 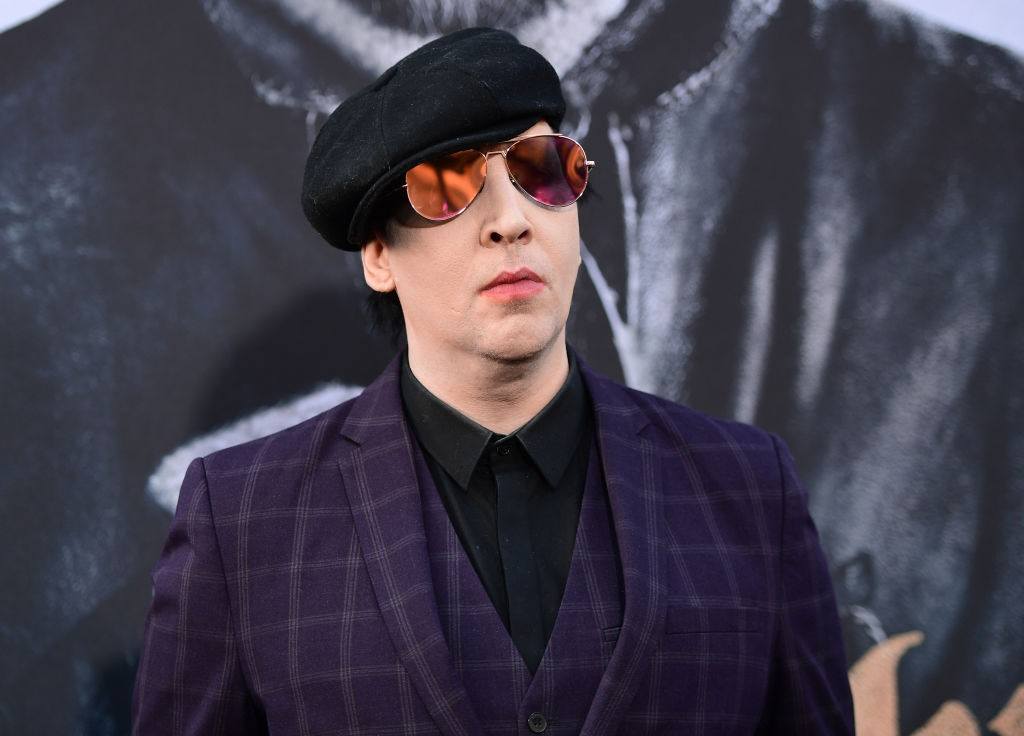 Marilyn Manson attends the premiere of Warner Bros. Pictures’ King Arthur: Legend of the Sword on May 8, 2017 in Hollywood, Calif. | Matt Winkelmeyer/Getty Images

The guns, held together with metal scaffolding, fell about an hour into the concert, during the song “Sweet Dreams (Are Made of These).” The singer appeared to be climbing onto the prop before it came crashing down on top of him.

#ACCIDENT @ #Manson concert footage here. Pistol set piece falls right on him. Crew rushed stage to lift it off him during #sweetdreams , he's unresponsive and they pull a sheet to cover stage and carry him off. Show cancelled. Craziest and saddest concert I've ever seen. #getwellsoon Manson, we love you. @nytimes @dailymail @newyorkpost @tmz_tv @huffpost @nbcnews @abcnews @abc7ny

Eyewitnesses from the concert, which took place at Hammerstein Ballroom, said the singer lay on stage for around 15 minutes before he was taken away on a stretcher.

First picture of Marilyn Manson on his way to the hospital. pic.twitter.com/wBHMmKUJsC

The musician’s publicist released a statement which read, “On Saturday night, the legendary performer suffered an injury on stage towards the end of his set at NYC’s Hammerstein Ballroom causing him to cut the show short. He was treated for the injury at a local hospital and will be recuperating at home in Los Angeles.”

The statement went on to say Manson “is being forced to cancel several of his October dates on his forthcoming US tour.” The canceled shows include the one scheduled for Monday night in Boston through the Oct. 14 show scheduled in Houston. The shows will be rescheduled.

Manson’s guitarist Tyler Bates shared a photo of a plane on Instagram, captioned, “Well, the @marilynmanson @marilynmanson_cult@heaven Upside Down tour is on pause for a minute. Heading home. Manson will be back in action soon. Heaven Upside Down is released October 6th, with an insane video to stoke the fire. See you soon!”

The prop accident occurred a day after Manson appeared to injure himself in Pittsburgh while performing “The Beautiful People” toward the end of the concert. The rocker appeared to jump off the stage during the concert, after which he pulled himself back onstage and said, “I just broke my ankle … I told you I’d break my ankle because the tour manager is a fascist,” Loudwire reported.

The 48-year-old singer, whose real life name is Brian Hugh Warner (and who, despite rumors, did not appear on the sitcom The Wonder Years), has released nine albums to date with the 10th album, Heaven Upside Down, is scheduled to be released Friday.