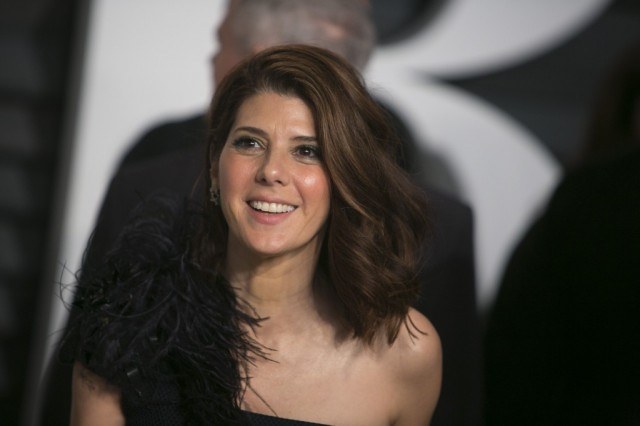 Marisa Tomei and George Clooney are teaming to bring the story of Gloria Steinem to the small screen. The Oscar-winning actress is reportedly set to take on the role of the social and political activist in the upcoming HBO miniseries Ms., with Clooney on board as an executive producer.

According to Deadline, the miniseries will examine the creation of Ms. magazine in 1971 through the eyes of the women who founded and ran it. The project will also reflect on the impact that the magazine had on its readers in the early days of the women’s movement.

Tomei will play Steinem, a columnist and activist who is nationally recognized as a trailblazer for the feminist movement in the 1970s. In addition to creating Ms. magazine, Steinem also later co-founded the Women’s Media Center (alongside Jane Fonda and Robin Morgan) and now travels internationally as an organizer and lecturer on issues of equality.

Also co-starring in the series is Kathy Najimy, who will play Bella Abzug. A member of the U.S. House of Representatives and co-founder of Ms., Abzug helped create the National Women’s Political Caucus with Steinem and other leading feminists. Later, she was appointed to chair the National Commission on the Observance of International Women’s Year and planned the 1977 National Women’s Conference by President Gerald Ford.

Aside from starring in the developing series, Tomei and Najimy will executive produce alongside Clooney, Grant Heslov (Argo, The Monuments Men), and Bruce Cohen (Silver Linings Playbook). Per Deadline, Steinem herself will serve as a consultant on the project.

For Tomei, Ms. will mark her most significant television role in many years. Over the past decade, the actress has only rarely ventured onto the small screen, with a brief stint on FX’s Rescue Me in 2006 and a lead role in the 2007 TV movie The Rich Inner Life of Penelope Cloud. The miniseries will also expand her relationship with HBO. The actress recently inked a deal to develop, produce, and possibly star in various projects for the network.

This isn’t the first time that HBO has tackled Steinem’s story. In 2011, it aired the documentary Gloria: In Her Own Words. Given the success that the network has found with several of its recent original miniseries — such as Olive Kitteridge, Mildred Pierce, and The Pacific – it’s no surprise that the channel would want to use the format for its latest exploration of Steinem’s life. While it remains to be seen whether Ms. will continue to garner critical acclaim for the network, the project seems like a good match for the network and is certainly starting strong, with notable names both in front and behind the camera.

There’s no word yet on when the potential miniseries may air. In the meantime, Tomei also has several film projects underway. Let It Snow, a holiday comedy that features the actress as part of a star-studded ensemble cast, is scheduled to hit theaters in November. She’s also set to star in the forthcoming indie romantic comedy Lemonade.