Marvel and DC: 10 Actors Who Have Been in Both Universes

With comic-inspired movies being such a booming business these days, it seems like all of Hollywood’s biggest names are clamoring to get involved. Some actors have even managed to score roles in both Marvel and DC movies, making them players in rival cinematic universes.

Below, check out 10 actors that have taken on a character from each of the major comic book companies.

His leading turn as DC’s The Green Lantern in 2011 has basically become the butt of a long-running joke, but Reynolds got the last laugh with this year’s hugely successful Deadpool. 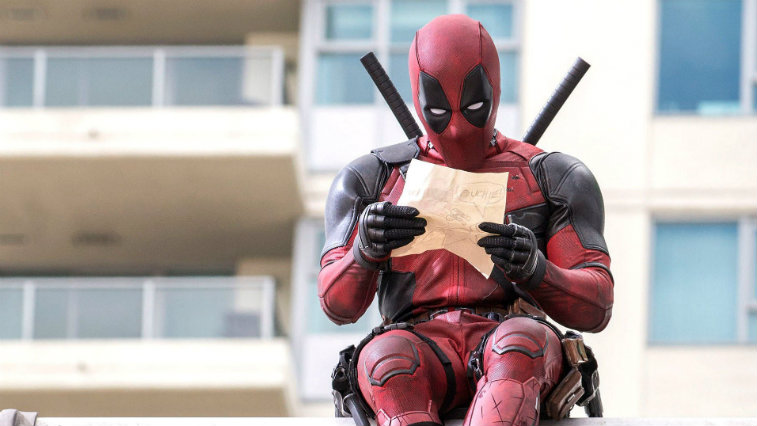 As Marvel’s Merc With a Mouth, Reynolds (who also previously starred in the company’s Blade: Trinity) finally got the superhero vehicle he’d been looking for: smart, funny, and definitely R-rated. And we can expect plenty more of the character in the near future: Deadpool 2 is already in the works.

Affleck has been on a winning streak in recent years, but we (unfortunately) all remember the dark period that included 2003’s Daredevil. The actor’s venture as Marvel’s Man Without Fear was critically panned and didn’t exactly do his already tumultuous career any favors. 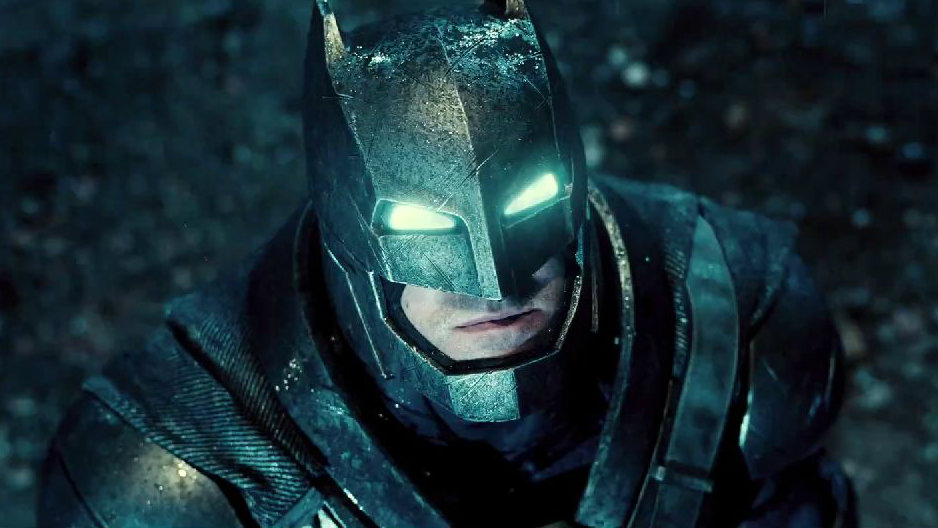 Fortunately for Affleck, he’s since gotten get a second chance at playing a superhero in DC Comics’ recently released Batman v Superman: Dawn of Justice. The movie has been criticized for its overly serious tone, but Affleck’s portrayal of the Caped Crusader seemed to do the iconic character justice.

Berry played Storm in several of Marvel’s X-Men movies, starting with the 2000 original. Though she reportedly clashed with director Bryan Singer over her character’s portrayal, she reprised the role in 2014’s X-Men: Days of Future Past. 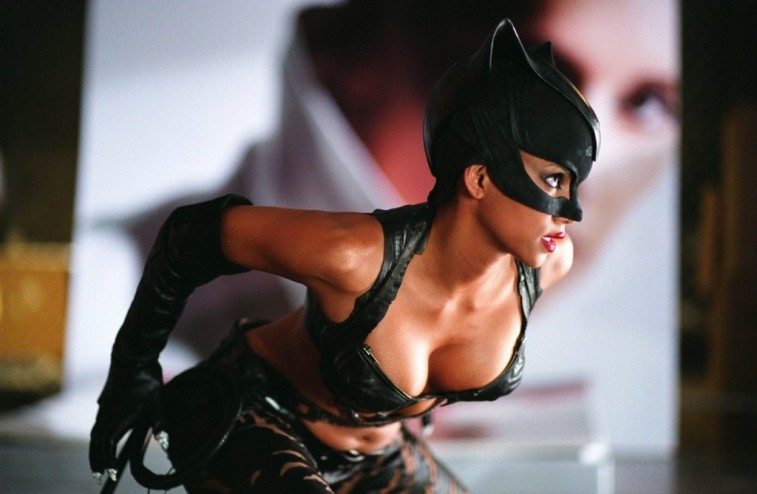 Unfortunately for Berry, that wasn’t the only comic character she portrayed on the big screen. She joined the DC Comic Universe as the titular character in 2004’s Catwoman. The movie was harshly criticized and apparently Berry agreed with them. The film earned the actress the award for worst actor at the 25th annual Razzie Awards, and she showed up to accept it, famously saying, “I want to thank Warner Bros. for casting me in this piece-of-sh–, god-awful movie. To give a really bad performance like mine, you need to have really bad actors.”

Marsden portrayed Scott Summers aka Cyclops in Marvel’s X-Men, X2: X-Men United, and X-Men: The Last Stand. Though Marsden is a charismatic actor, he was never given much to do as the laser-eyed mutant and the character was killed off early in 2006’s The Last Stand. He later reprised the role for a brief cameo in X-Men: Days of Future Past.

Marsden jumped ship to DC Comics for 2006’s Superman Returns, in which he played another somewhat lackluster role of Lois Lane’s one-time love interest, Richard White. Hopefully, Marsden will get a shot at a more exciting, lively comic-inspired character in the future. 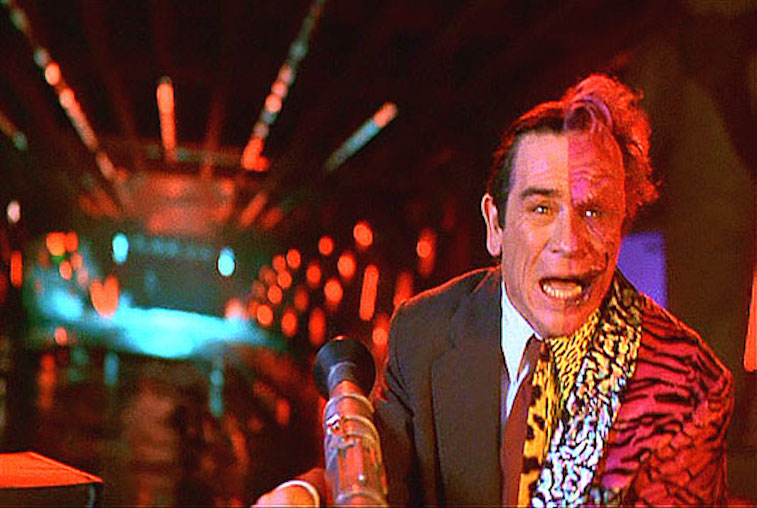 Jones entered the comic book movie world in 1995, as coin tosser Harvey Dent aka Two Face in Batman Forever. Jones is a strong performer, but his portrayal was met with mixed reviews — perhaps because, as recently revealed, he couldn’t stand working alongside co-star Jim Carrey. 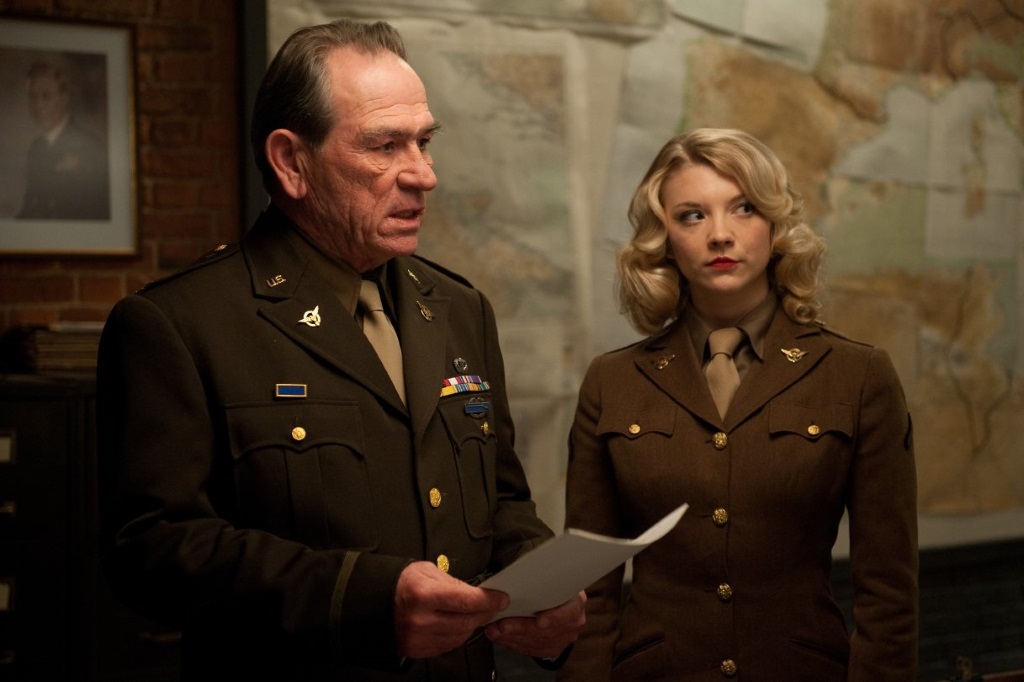 That didn’t stop him from embodying another comic character a decade and a half later, in Captain America. As Colonel Chester Phillip, Jones played exactly to type, portraying the gruff, skeptical, sarcastic demeanor he’s become known for. 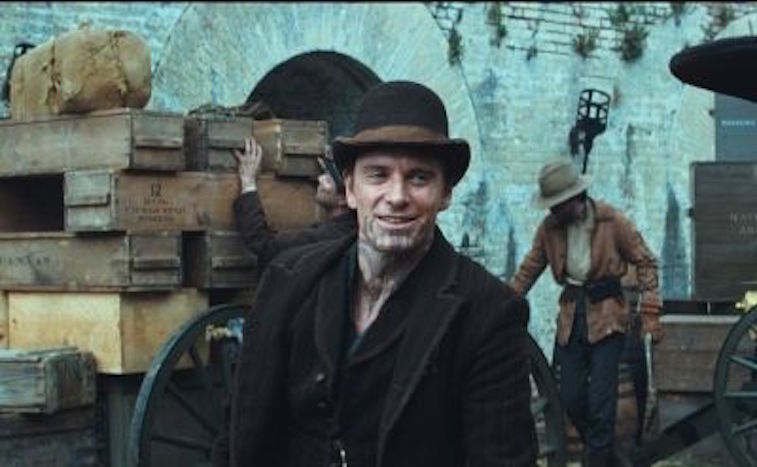 In recent years, Fassbender has proven his versatility by taking on an interesting mix of comic blockbusters and Oscar-worthy fare. But his choices have not always been so on-point. In 2010, he played the hat-donning, brutal sidekick Burke in DC’s adaptation of supernatural bounty hunter Jonah Hex. Unsurprisingly, the movie was heavily panned and became a major box office bomb. 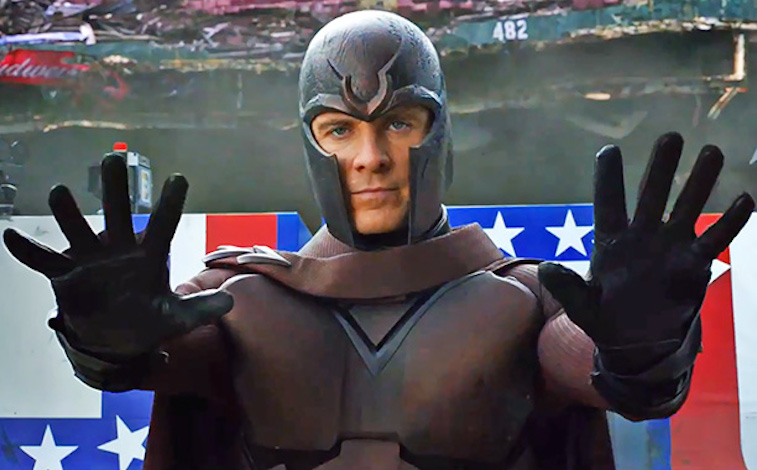 Luckily for him, his next comic book entry was much better received. The actor portrays a young version of Marvel’s Magneto in X-Men’s First Class trilogy, which will came to an end with the X-Men: Apocalypse.

Like Fassbender, Brolin had a rough start into the comic book movie world, thanks to the critical and commercial failure Jonah Hex. While his eponymous role in the movie didn’t exactly pan out as he might have hoped, that didn’t dissuade the actor from taking on the role of a comic super villain later on. 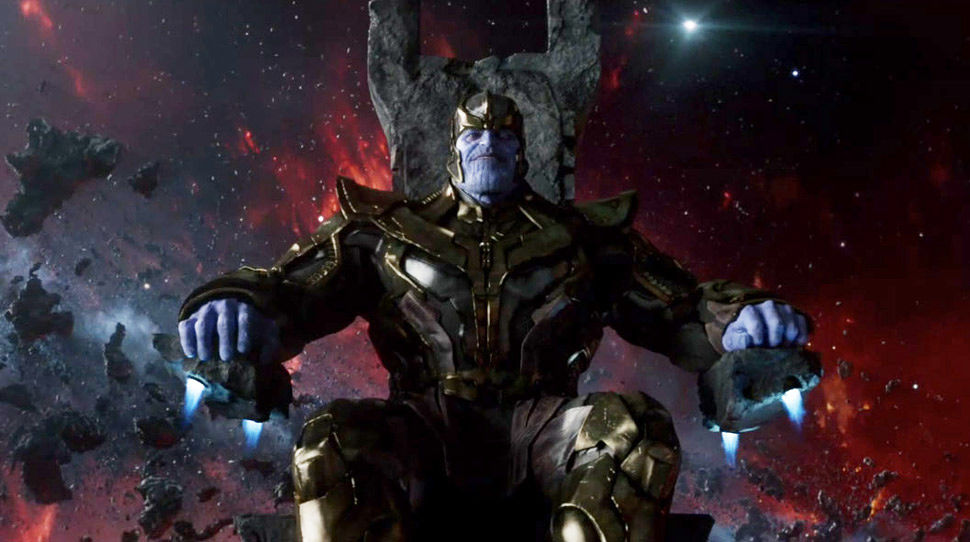 He currently plays Marvel’s mad titan Thanos. So far, the character has only made a few minor cameos in the MCU, teasing his role as the big bad who will formally come into play in Avengers: Infinity War.

And as if that wasn’t enough, he also recently signed on to play the main antagonist Cable in Deadpool 2.

Evans has openly stated he’s ready to leave the MCU behind, and you can’t blame the guy for feeling that way. He’s been a part of the Marvel family for over a decade, having first played the overconfident Johnny Storm aka the Human Torch in Fantastic Four and currently portraying Steve Rogers aka the Cap himself in the Captain America and the Avengers movies. 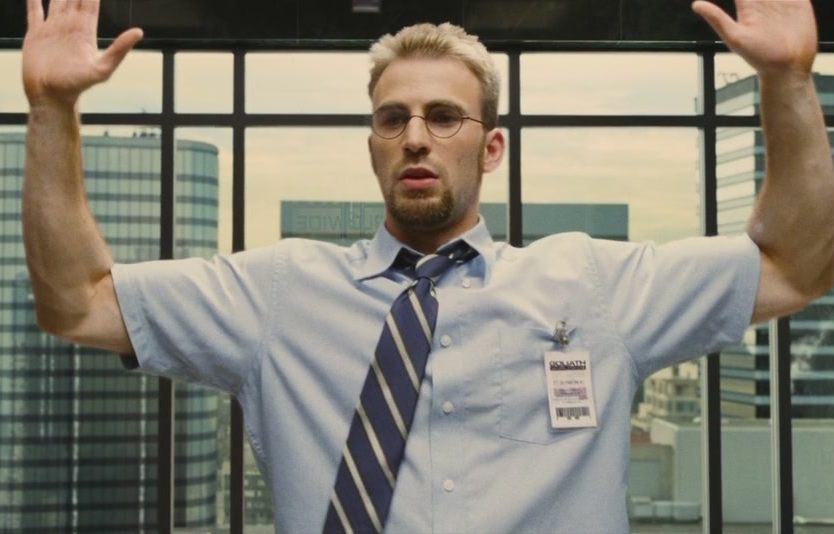 While his Marvel roles are clearly the best-known, Evans also took on the role of Jake Jensen in the 2010 movie, The Losers, based on the comic book series of the same name published by DC’s Vertigo imprint. 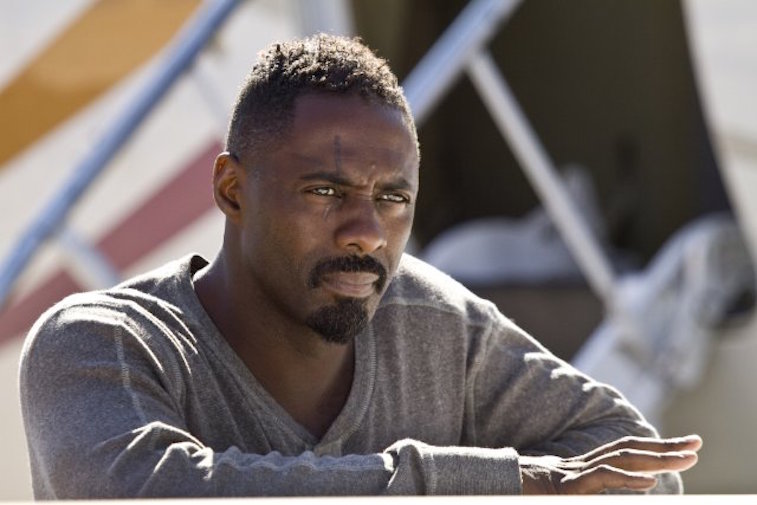 Speaking of The Losers, Elba also starred in the mostly failed adaptation alongside Evans. He played Captain Jake Jensen, the team’s intelligence specialist and computer hacker. 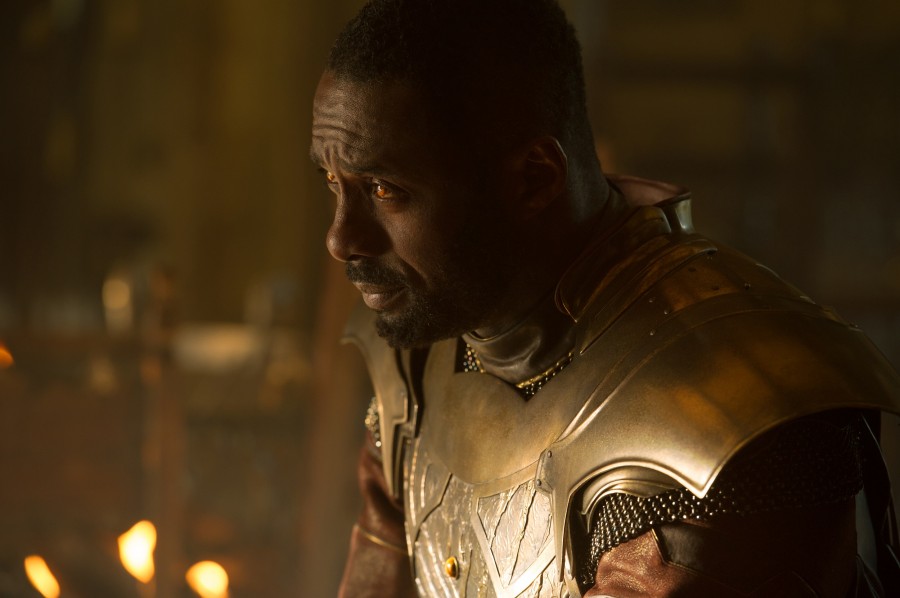 Like Evans, he later took on a comic book role in the Marvel universe, playing the ever-watchful Asgardian Heimdall in the Thor movies, as well as in certain Avengers installments.

Saldana appeared in DC’s The Losers alongside Evans and Elba. She played native Bolivian and mysterious skilled fighter, Aisha al-Fadhil. 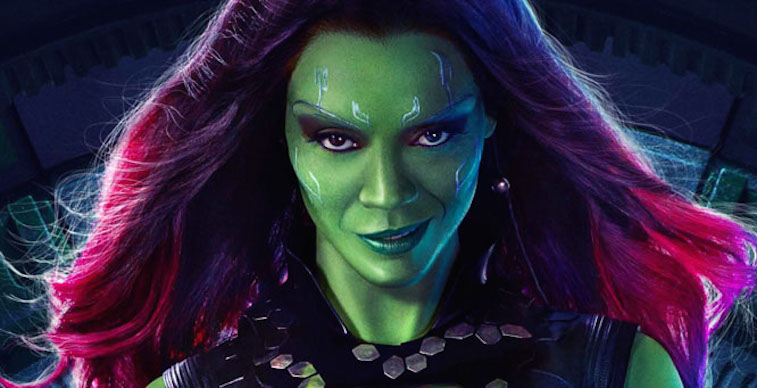 That’s not the only time she’s played a comic-inspired character who knows how to hold her own in a battle. Saldana also portrayed the alien warrior Gamora in Marvel’s The Guardians of the Galaxy and will reprise the role in the upcoming sequel.