Hollywood is jam-packed with comic book movies. Both Marvel and DC/Warner have the next five years meticulously mapped out, with both sides pushing out releases fast enough to give us all whiplash. In the midst of all this, it’s getting harder and harder to differentiate each film. It’s hard not to feel exhausted when Marvel, DC, and 20th Century Fox are flooding the market with Avengers movies, Justice League building blocks, and more X-Men sequels. Fatigue has officially begun to set in, as audiences are beginning to question the longevity of the genre.

From a business perspective, things couldn’t be better. Even Ant-Man earned over a half billion dollars worldwide at the box office, a number that would make any studio feel invincible. Creatively though, the superhero genre could find itself tumbling off a cliff if it doesn’t adjust course soon. As they always do, audiences are going to crave something new and exciting. People will eventually get tired of every Marvel move simply setting up the next Avengers team-up, which in turn only sets up the next phase of movies. In the meantime, DC hasn’t even gotten its own franchise off the ground yet. It’s a climate that practically begs for innovation, and here’s how these studios can do just that. 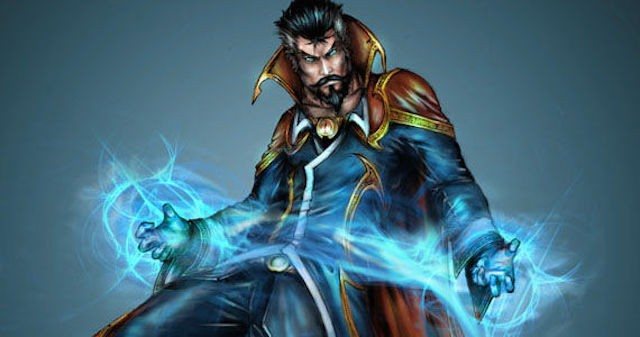 As of now, Marvel has the luxury of going all in on the second-tier superheroes, but that’s not to say DC isn’t trying too. Already, it has delivered on its Daredevil Netflix series, while Doctor Strange and Black Panther are already coming down the pipeline. On the DC/Warner side, we see a studio still going all-in on Batman and Superman, albeit with a plan to go well beyond those two heroes in the future. Suicide Squad represents its best bet to show its potential beyond the main attractions, but even that’s a large question mark right now.

In terms of honing in on other comic book characters, it would seem as though both studios have largely gotten the memo. Even so, it’ll be entirely another thing proving that they can make their secondary characters interesting enough to help carry the franchise. Ant-Man was saved by a charismatic performance from Paul Rudd, despite early uncertainty, but not every movie can count on one actor saving the entire project.

The realm of antiheroes is one that we’re already seeing explored, with the aforementioned Suicide Squad in addition to Deadpool from 20th Century Fox and Marvel’s addition of The Punisher to their Netflix universe. The idea of the antihero is one that resonates with audiences for a reason: They’re bored with characters whose morality is measured in terms of black and white. Superman is only now becoming interesting pitted against another superhero in Batman. Daredevil’s Netflix series saw him struggle with his own sense of right and wrong. Suicide Squad gives us a chance to see a whole team of villains with the capacity for good.

Even with all this though, we’re not seeing antiheroes utilized to their full potential. Marvel’s solution seems to be its Civil War movie that will pit Captain America against Iron Man, but we’re going right back to business-as-usual right after. It would serve the studios well to understand that Suicide Squad is one of the most anticipated films of 2016 for a reason, and to plan their future films accordingly.

Over its seven years of prominence, Marvel Studios has been notorious for strangling the creativity of its directors and writers. Edgar Wright’s well-documented departure from Ant-Man is a pretty good indicator that it’s difficult to be a filmmaker with a vision inside the walls of Marvel. Hell, Joss Whedon came out of his two-film Avengers run so exhausted and fed up that he still hasn’t signed himself on to any new projects. Conversely, we saw Fox allowing a relatively unknown director in Tim Miller all the creative freedom he could ever want with Deadpool.

Miller’s long leash can be largely attributed to his out-of-the-box source material, but still we’re seeing a studio giving a filmmaker the freedom to make something entirely unique. Marvel and DC are decidedly more tight-fisted in their approach, and all it’s doing is shoving some of Hollywood’s best and brightest out the door.

Allowing writers and directors creative leeway, in turn, can lead to storytelling devices and arcs never-before seen within the superhero genre. It’s why Deadpool was our first R-rated comic book movie since The Punisher, and the driving force behind the hype of a film that features a pansexual main character that frequently breaks the fourth wall. It’s a base concept that’s insane by its very nature, and it’s why fans flocked to the box office on opening night. Neither Marvel nor DC has anything even close to Deadpool in terms of boundary-pushing storytelling structure, and quite frankly, it’s boring.

Part of why a relatively unknown hero like Ant-Man was able to haul in $500,000 million was centered around it being something entirely different than anything Marvel’s ever tried before. From here, continuing to push the envelope will be tantamount to the studio’s long-term survival. Marvel and DC will have to start innovating sooner rather than later, lest they wake up three years from now to an audience that’s had enough of the same old formula.