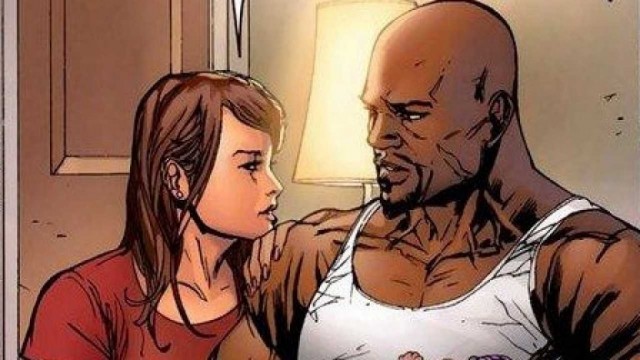 Marvel has officially shifted casting for its upcoming slate of Netflix series into high gear. With next year’s Daredevil well underway and on track to debut next year, the studio is now placing focus on another of the streaming service’s new shows, Jessica Jones.

Spearheaded by Melissa Rosenberg (Dexter), the forthcoming 13-episode drama will center on the female superhero, who suffers from post-traumatic stress disorder, and subsequently decides to hanging up her costume and open her own detective agency, where she helps both other superheroes and normal civilians alike.

According to Deadline, Marvel has already begun narrowing down its choices of actresses to play the titular character and has come up with a shortlist of frontrunners. Among those invited to test for the lead are Krysten Ritter, Alexandra Daddario, Teresa Palmer, Jessica De Gouw, and Marin Ireland.

While all of the names mentioned fit within the 25-33 age range that Marvel is aiming for, they each boast very different career backgrounds. De Gouw has already flexed her superhero muscles once before, with her recurring role as the Huntress on The CW’S popular comic adaptation Arrow. Previously, she also starred on NBC’s short-lived Dracula. Meanwhile, Daddario starred in 2013’s big screen adventure Percy Jackson: Sea of Monsters and appeared in several episodes of HBO’s True Detective. Palmer also has several big screen titles behind her, including 2013’s Warm Bodies, and is already set to star in next year’s remake of the 1991 thriller, Point Break.

Ireland is the most recent name added to Marvel’s list. The actress, who held guest roles on The Killing and Masters of Sex, has only just became available after her WeTV drama The Divide was recently cancelled. Perhaps the most well known of the five names, though, is Ritter (whose most recent TV effort, Mission Control, was axed before it even went to air). She has already led her own series with Don’t Trust the B in Apartment 23 and while much of her background has been in more comedic fare, the actress has also proven her dramatic acting chops with her turn as Jesse’s acerbic landlord and girlfriend on the critically acclaimed Breaking Bad.

While these actresses may currently be the studio’s top contenders, there’s no guarantee that one of the names will take on the role. Whoever does take on the part though should be prepared to take on some gritty action, as Marvel has confirmed that Jessica Jones and the other upcoming Netflix series will be different than their blockbuster films, following “crime stories [that are] more in the streets than in the clouds.”

Jessica Jones isn’t the only lead role Marvel is currently casting. Per Deadline, the studio is also currently eyeing three actors for the character of Luke Cage, who will reportedly appear in six or seven episodes of Jessica Jones before headlining his own series. Per Deadline, the three names currently in consideration are Lance Gross, Mike Colter, and Cleo Anthony. Both Gross and Colter have a long history on the small screen. Gross spent years on the TBS sitcom House of Payne and is now a lead on the NBC series Crisis. Meanwhile, Colter was previously featured on Ringer and The Following and is currently starring on The Good Wife. Anthony has appeared on a few episodes of Amazon’s critical darling Transparent.

Jessica Jones will debut after Daredevil (due out in May 2015), but no premiere date has been set just yet. Luke Cage is expected to follow sometime after, although the show is still working on finding a showrunner and securing its creative team. Other series eventually hitting the small screen as part of Marvel’s deal with Netflix are Iron Fist and the team-up series, The Defenders.